Home Story The Bounty of Frost

The Bounty of Frost

A short introduction to the best ice climbing in Western Europe 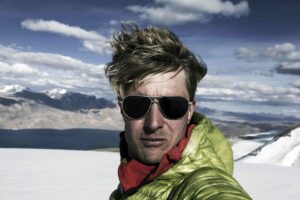 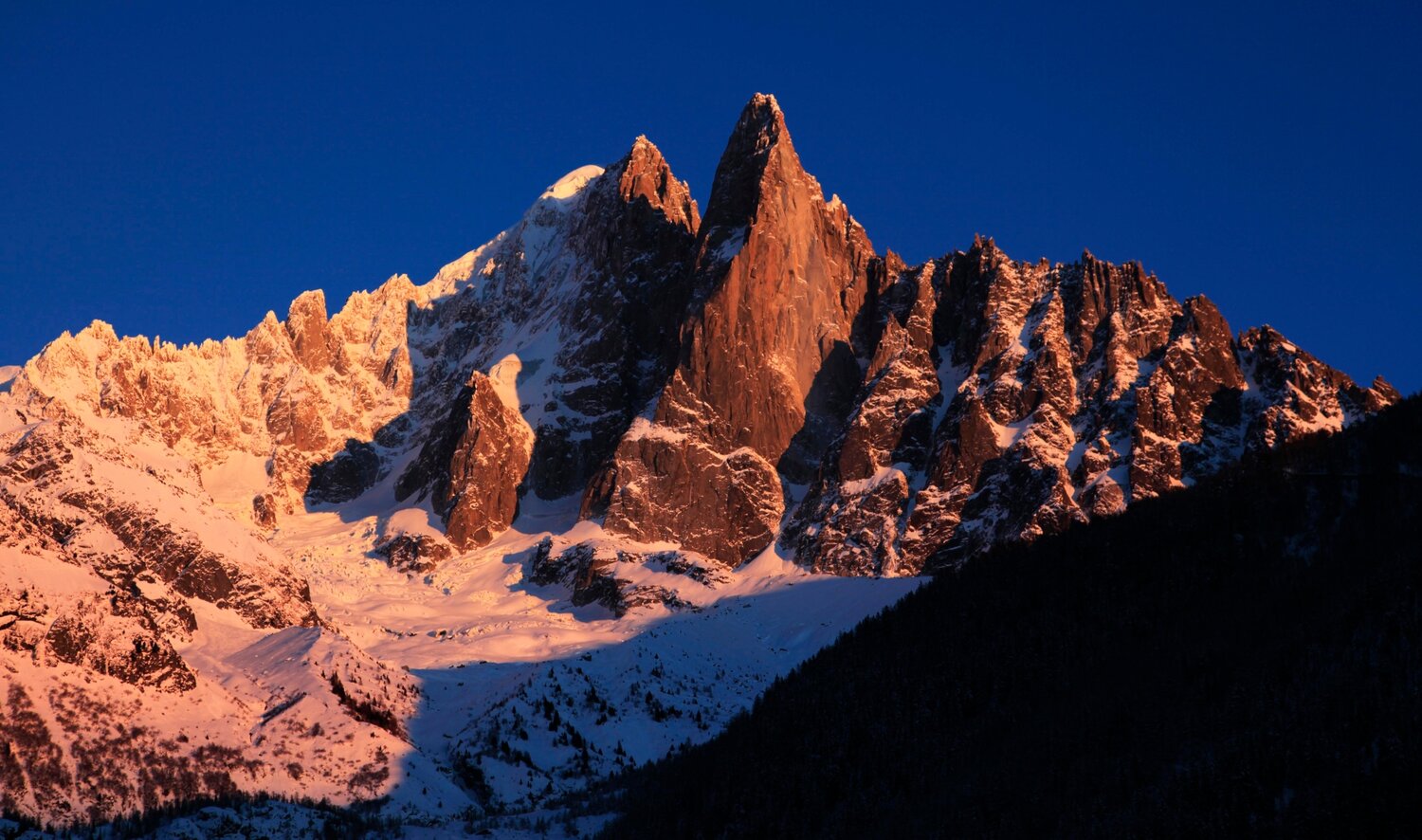 The Aiguille du Dru cast in sharp definition by the last few minutes of midwinter sunlight. In the centre of the Chamonix Valley, and looming over the great icefall climbs of the Argentiere Glacier, the Dru is a constant presence on any climbing trip in the region.

“By the early 1990s, I felt like ice climbing had fallen behind rock climbing in its technical interest and challenge. In the winter of 1992 I found the answer to this dilemma whilst belaying one of the great French climbers on the fourth pitch of a new route on the Tete du Gramusat [in the Ecrins massif]. Thierrey Renault and I were confronted with a big rock ceiling festooned with hanging icicles. I played a game in my mind, envisioning how it would be possible to climb the roof using just the picks of my tools and points of my crampons. A couple of years later, I found the climb to demonstrate the concept. The ascent of the Octopussy Wall in Vail, Colorado, opened the gates to a gymnastic approach to mixed rock and ice, and a resultant explosion in interest in the art.” 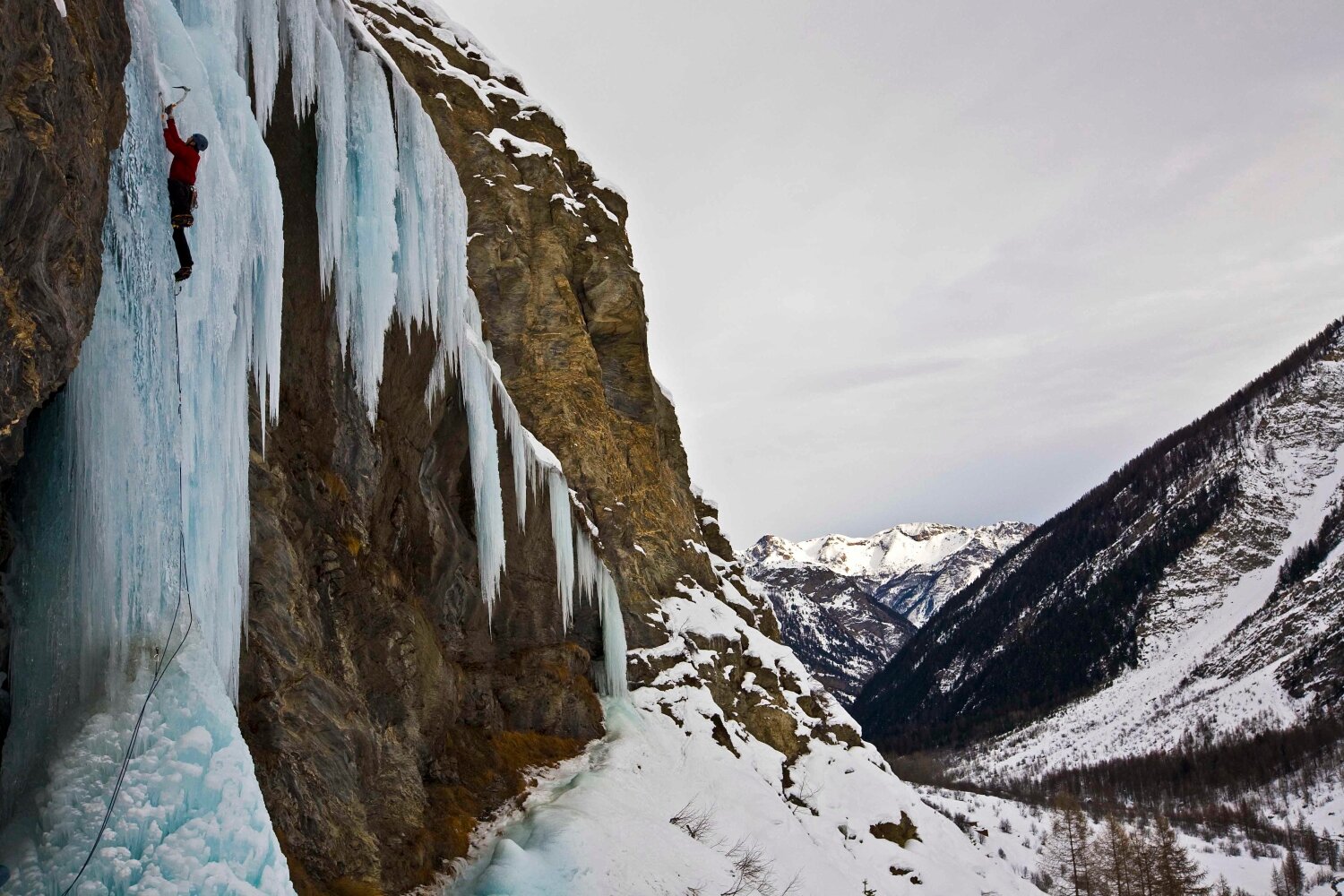 James Harrison searches for a solid axe placement on the steep crux section of Davidoff (WI5) in the ice climbing paradise of the Fournel Valley, high above L’Argentière-la-Bessée, home to the Ecrins Ice Climbing Festival held every year in January (ice-climbing-ecrins.com).

It is no coincidence that Jeff Lowe’s revelation in 1992 came to him in the heart of one of the great ice climbing cliffs of the Ecrins massif in the French Alps. Facing due north, rising over four hundred metres above the Freissinières valley floor, and striped with tantalising pillars of free-hanging water ice throughout the winter months, the Tete du Gramusat is just one of hundreds of crags and mountain walls in the Western Alps that seem purpose-built for ice and mixed climbing. As one of the world’s leading innovators in the rapidly developing sport of ice climbing in the 1980s and 1990s, American Jeff Lowe was in exactly the right place to see what the future might look like.

Today, almost thirty years after Lowe’s eureka moment on the Tete du Gramusat, the Western Alps still has everything an ice climber could wish for. Accessible single pitch icefalls, gigantic vertical free standing pillars, multipitch goulottes of a mountaineering stature rising from crevassed glaciers, and steep, highly technical mixed routes that include substantial ice features like those that so inspired Lowe to push the boundaries of ice climbing back in the early 1990s. 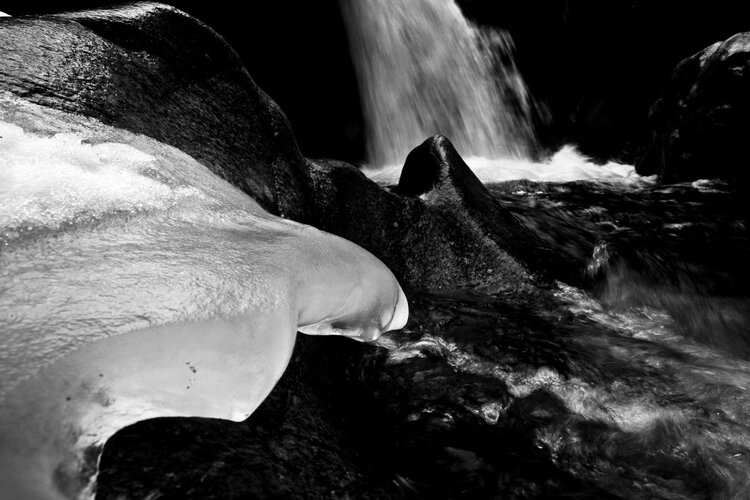 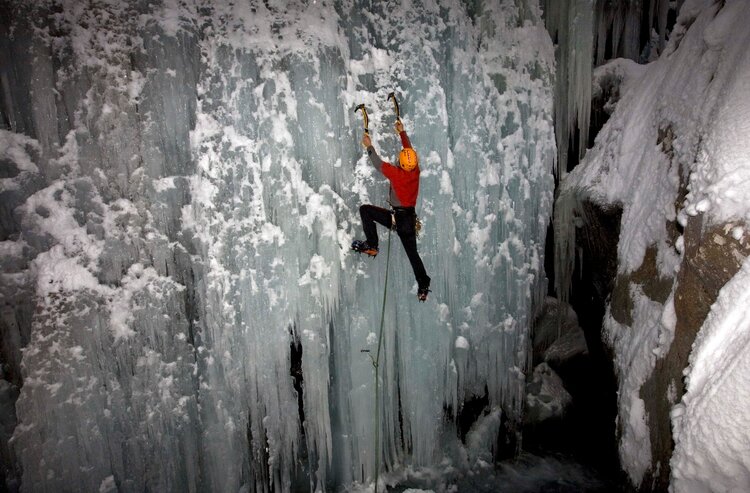 In heart of the Ecrins massif, the canyons of the Torrent d’Ailefroide offer some excellent, steep ice climbs in the right conditions. After a prolonged cold snap, we found this 15 metre wall of grade 5 water ice virtually hidden from view on the steepest side of a gigantic boulder above the river. 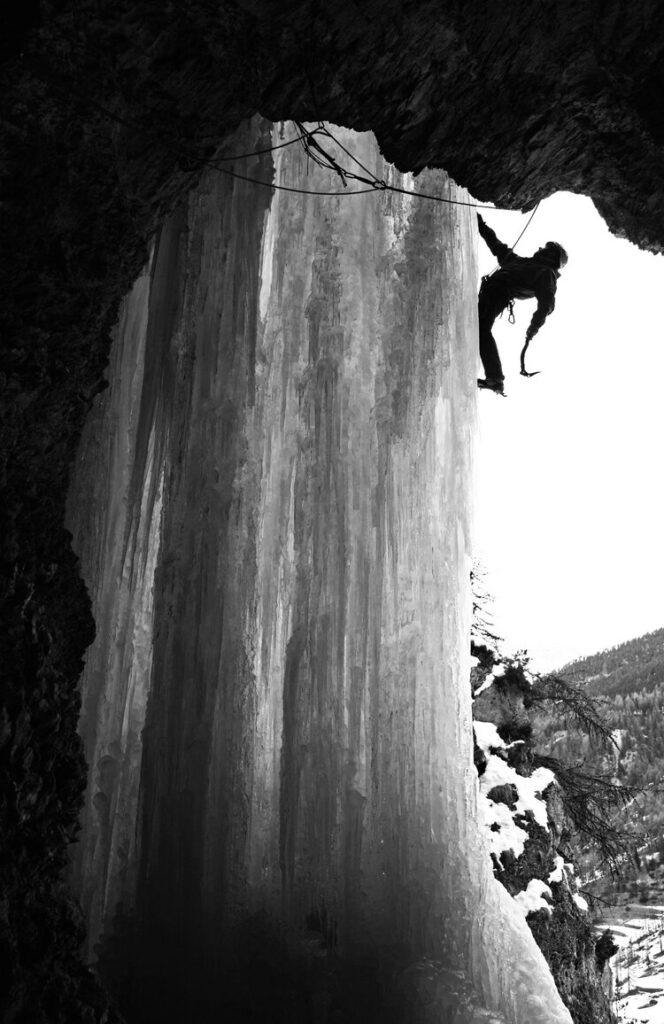 Giles Cornah moves out across the ice curtain on Prends Moi Sec (M7+) at Ceillac, a small but excellent ice and mixed climbing area in the Eastern Ecrins. This route follows a mixed line out of a large cave to eventually gain the ice pillar of the super-classic Sombre Heroes (WI5).

Whether you’re looking to make the transition from mountaineering-style couloir climbs to steeper ice, or you’re a seasoned winter climber looking for the next big thing, some of the best opportunities for ice climbing in the world lie in the high valleys of the mountain-clad triangle between Geneva, Zurich and Turin. Whilst the ice climbing in Norway and North America has the advantage of more reliable conditions, the Western Alps has a variety and scope than few other regions can match, and all within a relatively small geographical area. The photographs that accompany this piece are nothing but the tip of the figurative iceberg of what’s on offer; they might provide an idea of the sheer scale of winter climbing opportunities in the Western Alps. Of course, there are a great many more challenging ice and mixed climbs in the region than those featured here, and there’s still ample fuel for any modern pioneers of Jeff Lowe’s bold and beautiful vision; for that precarious shadow-dance across an icicle encrusted ceiling, hundreds of metres above the snow-clad ground.

The Western Alps has a variety and scope than few other regions can match, and all within a relatively small geographical area 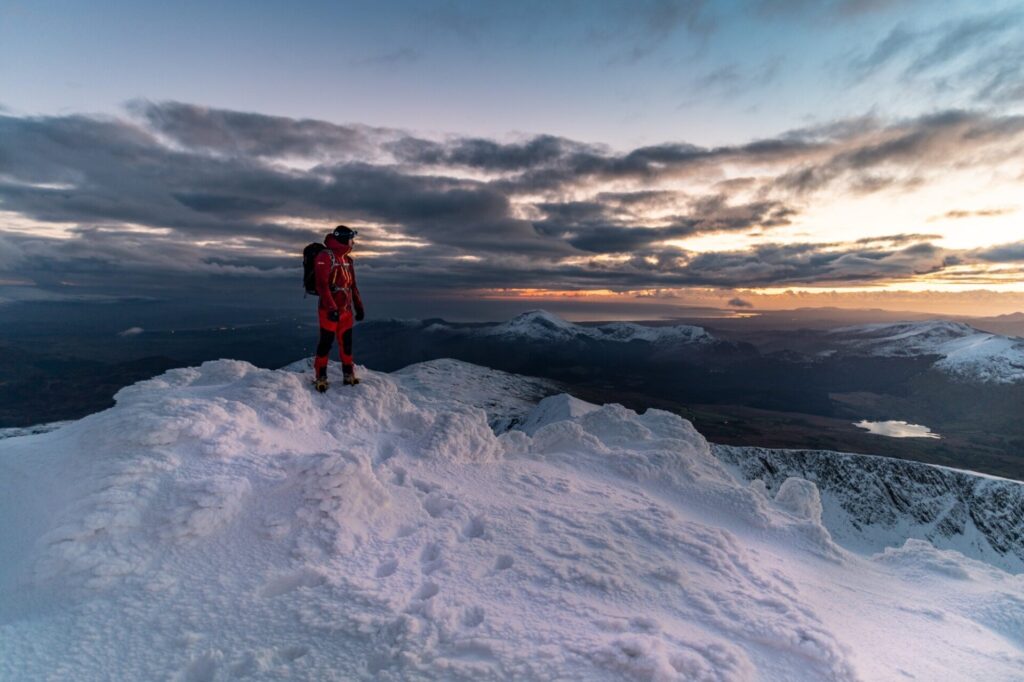 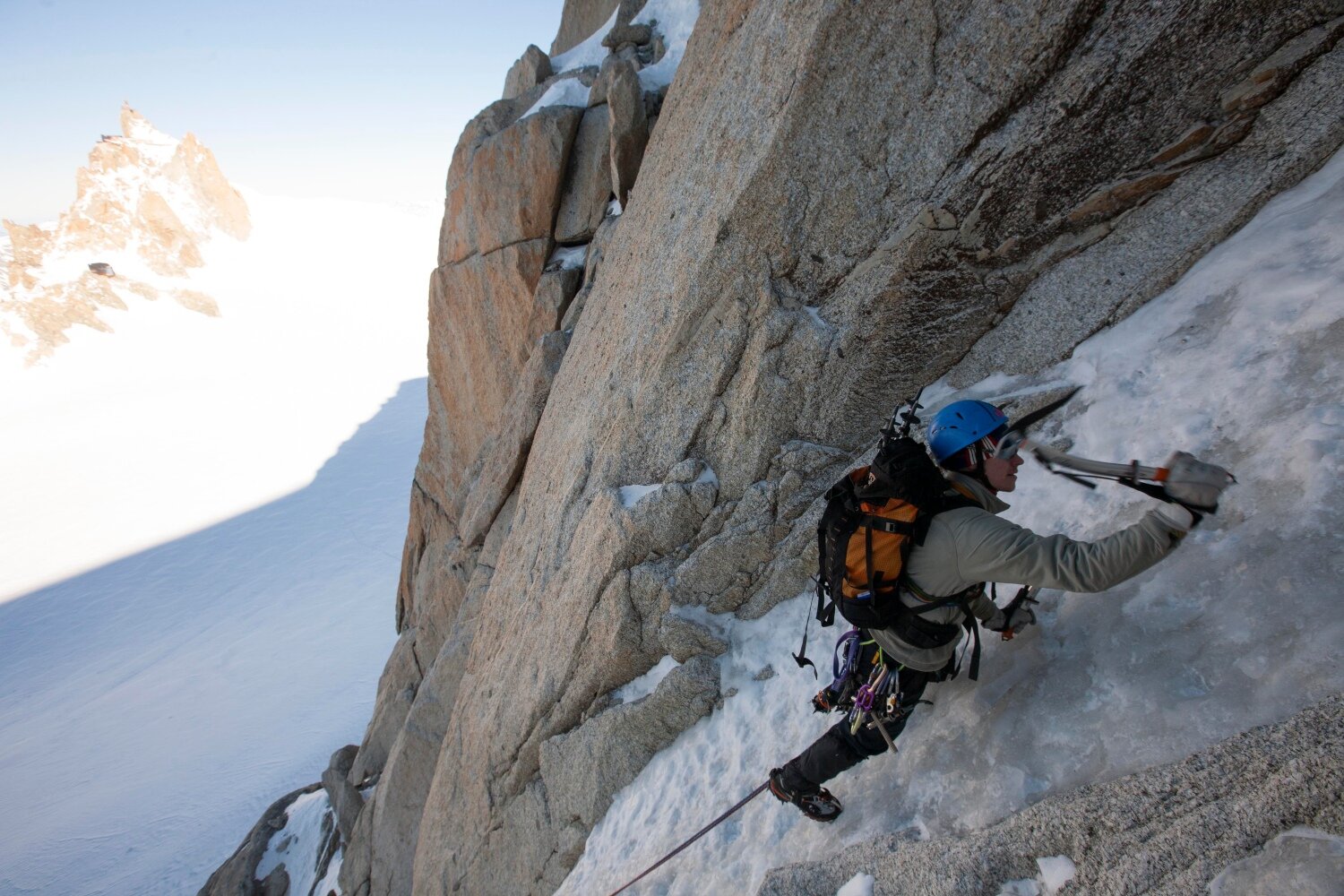 Excellent late season conditions on the crux 4th pitch of the Chèré Couloir (D4, 350m), one of a number of classic alpine ice routes on Mont Blanc du Tacul, high above Chamonix. The route commands an awesome position above the glacier, looking across to Cosmiques and L’Aiguille du Midi; it is a popular introduction to the more technical mountain ice routes in the Western Alps. 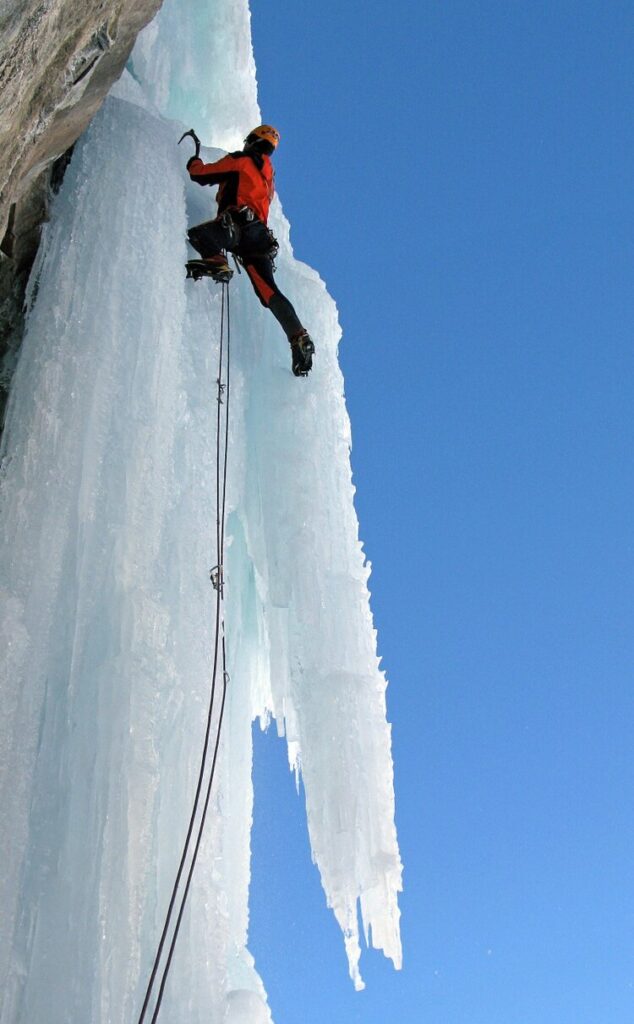 The author bridging through the crux section of pitch two of the super-classic climb Nuit Blanche (WI6) high above the Argentiere Glacier, Chamonix. First climbed by British legend Stevie Haston, this superb route follows a major ice structure that stands proudly alone above the vast glacier. Climbed in two contrasting pitches, the second pitch seen in this image is the highlight, finishing up a thin column of vertical ice that can be less than a metre wide at the very top. 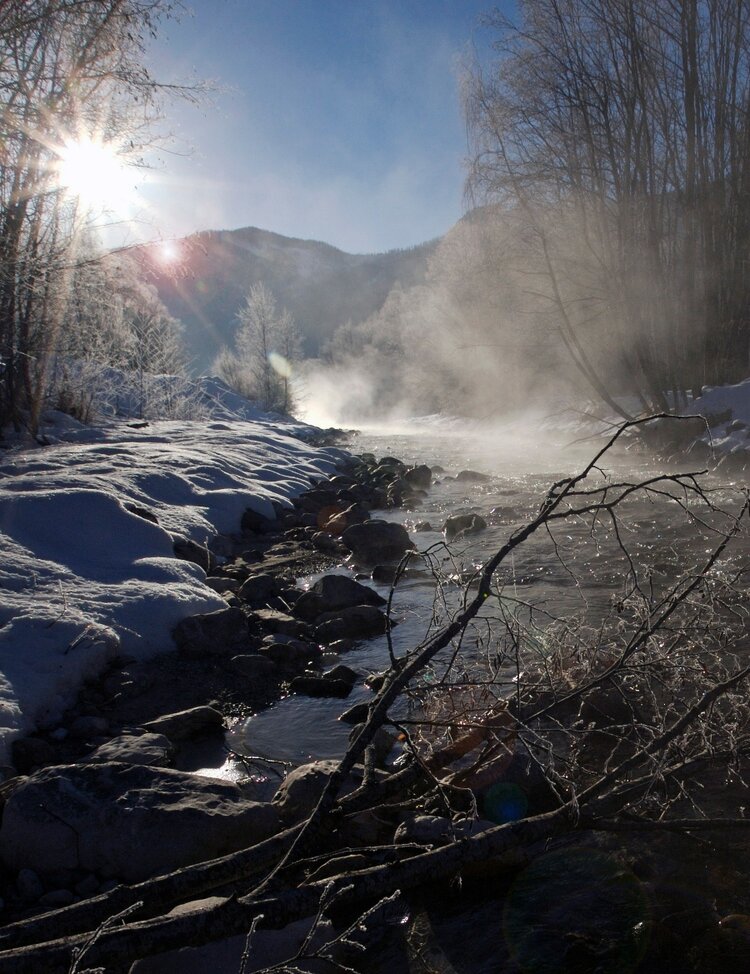 Mist steaming of the river Gyronde in early morning winter light after a very hard frost, just downstream from the pretty alpine village of Vallouise. 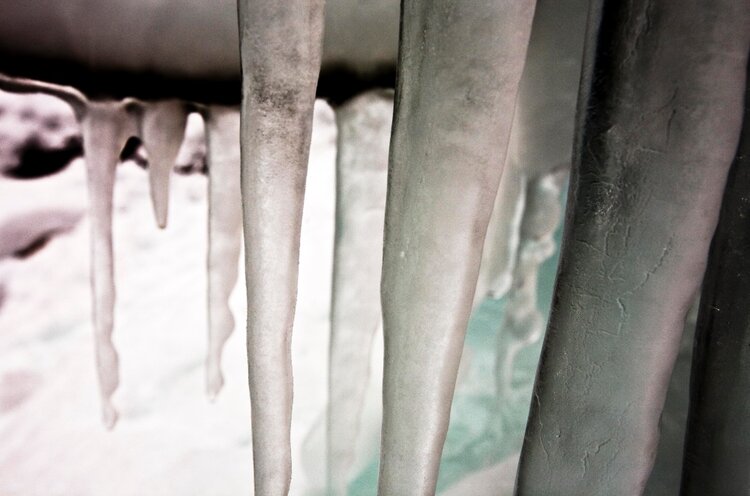 Mysterious ice structures in a small cave at Freissinières in the Ecrins massif. Ice climbing often creates a sense of wonder at the Earth’s natural forces: ice has an ability to produce structures beyond the imagination of even the most outlandish sculptors. 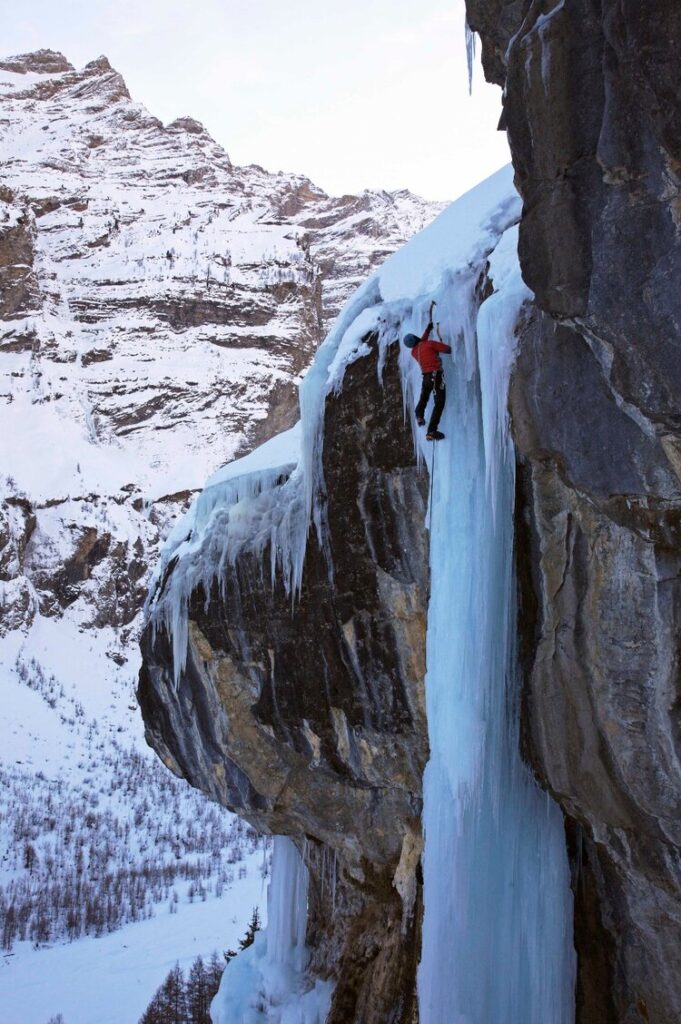 Reaching the top of the pristine, free-hanging ‘cigar’ pillar of Tchouky (WI6) in the Fournel Valley. For those wishing to cut their teeth on harder, steeper ice pillars, the single pitch climbs at Fournel and nearby Freissinières are just the ticket. 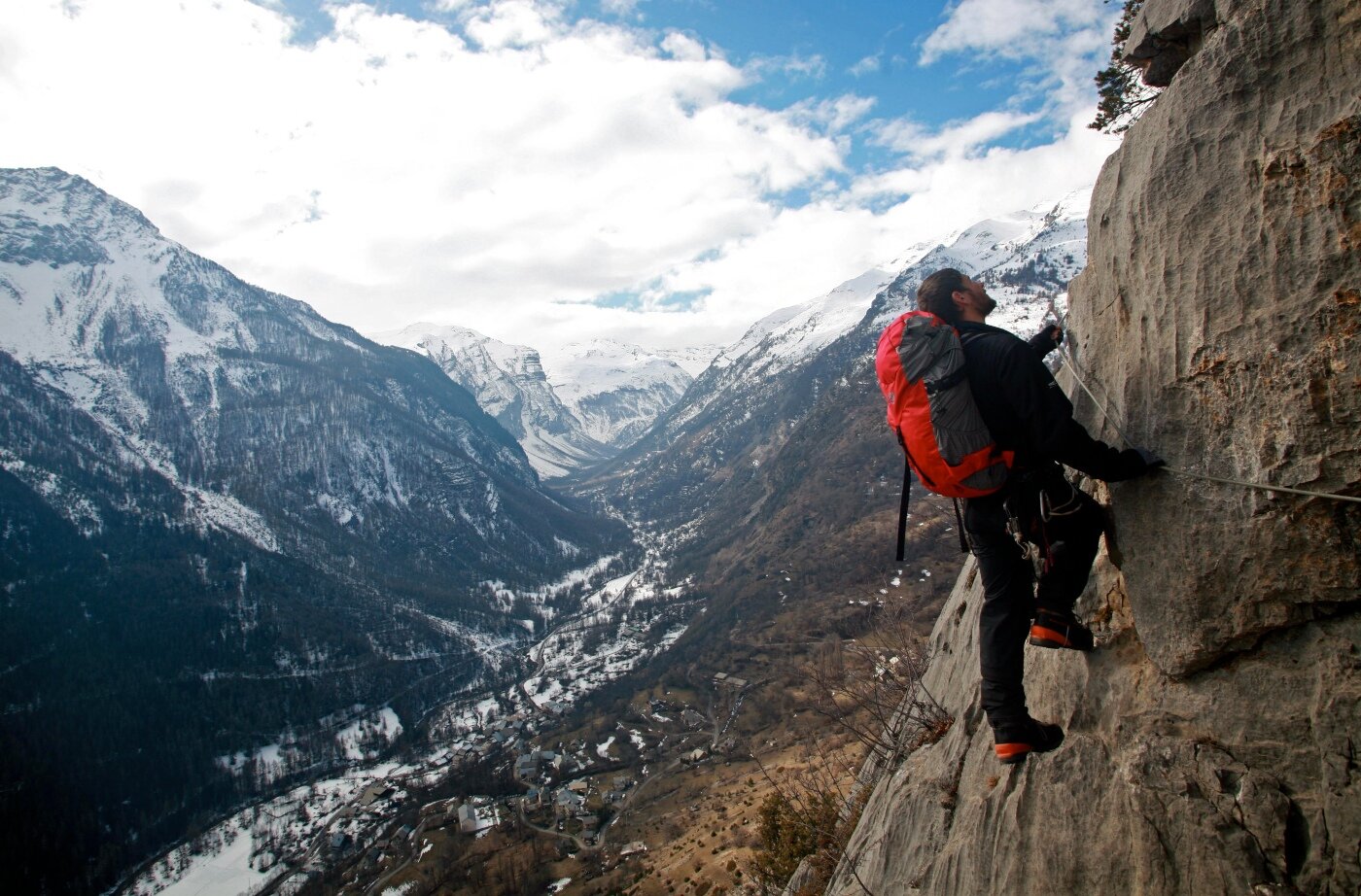 You might need a day off in a couple of weeks of hard ice climbing. Via ferrata is a great rest day activity, and the Ecrins is full of possible routes – such as this one, high above Vallouise with amazing views out towards Pointe de l’Aiglière and Mont Pelvoux to the north.

Some of the best opportunities for ice climbing in the world lie in the high valleys of the mountain-clad triangle between Geneva, Zurich and Turin 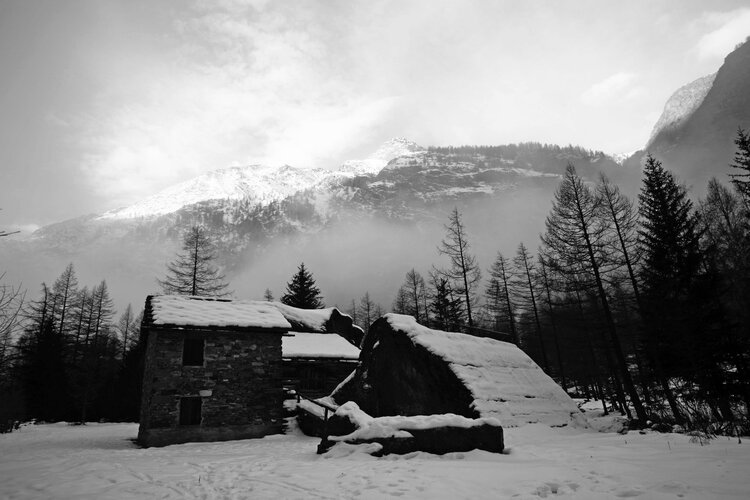 A spooky scene in falling light on the long walk-out from a great day’s ice climbing in Cogne, Italy. 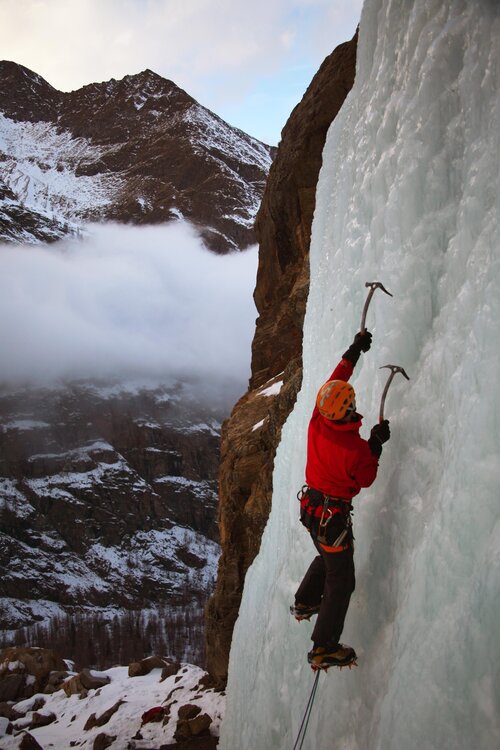 At the top of the Aosta Valley on the Italian side of the Mont Blanc massif, Cogne is one of the best ice climbing venues in the whole of Europe – Ouray, Colorado but with better coffee. Here, Neil Gresham moves up the lower section of the Patri Gauche (WI4+) on high quality ice in the depths of winter. The sustained low temperatures in the Cogne valley can guarantee good ice when other venues nearby may be out of condition. 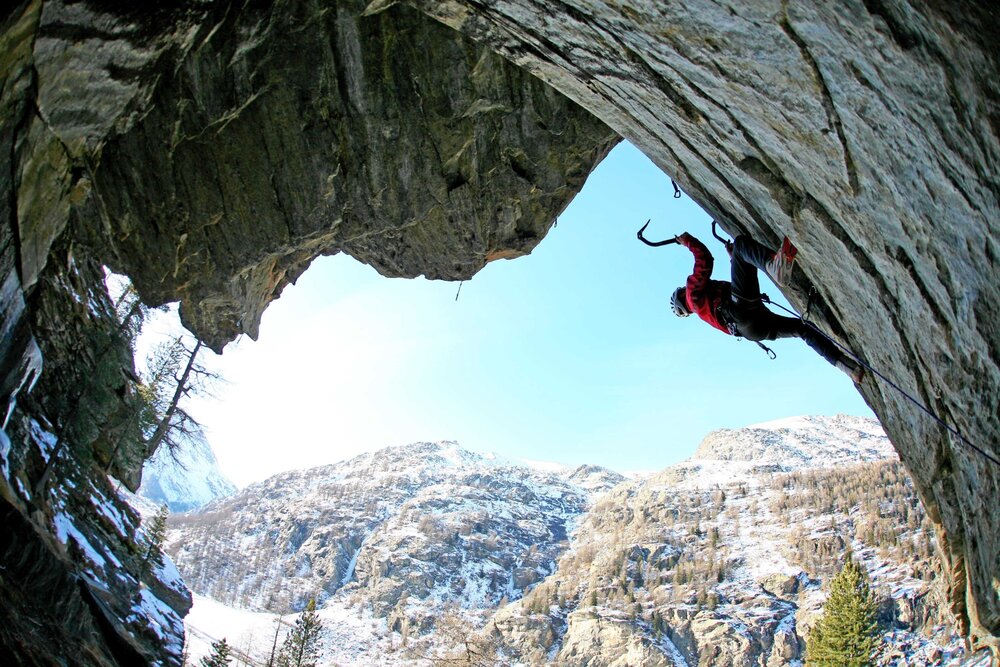 Dry tooling is a popular sub-discipline for many ice climbers operating at a high standard, and provides excellent training for both ice and mixed climbing. Tim Emmett dispatches a short but very steep M8 pitch in Valsavarenche in the upper Aosta valley. 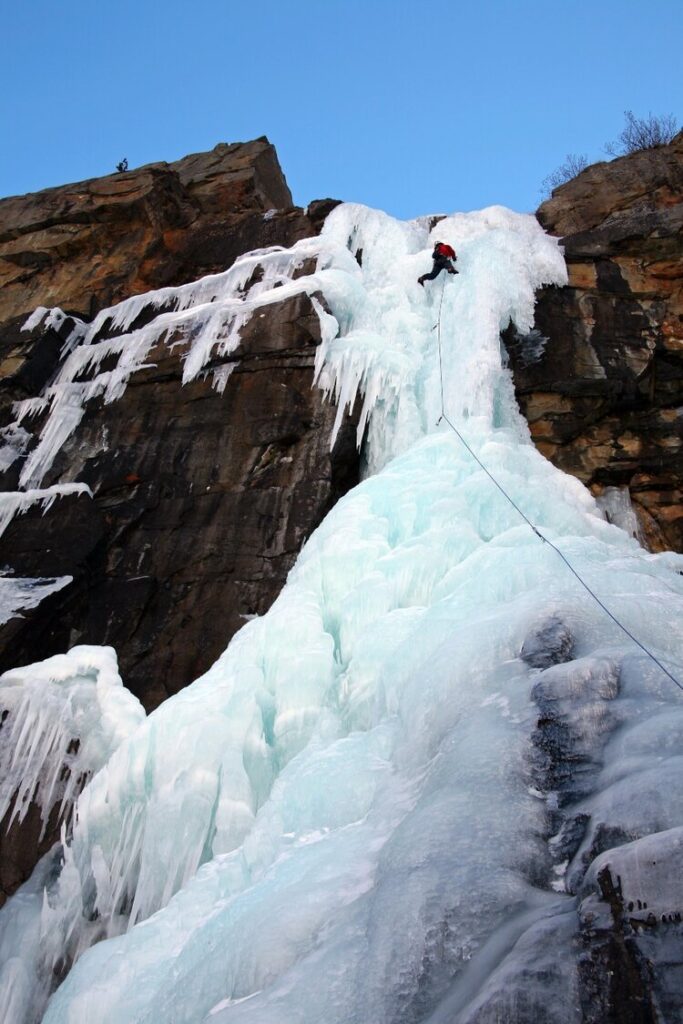 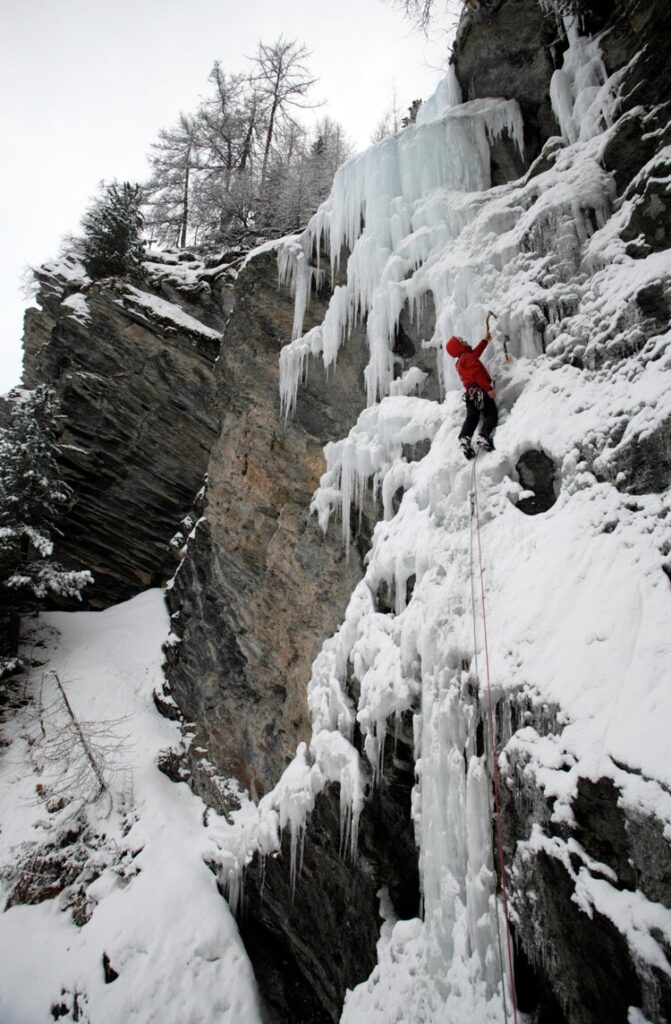 Sometimes the exploratory and surprising side of ice climbing is the most rewarding. Driving back from Ceillac one afternoon, we found this intriguing, steep ice formation – undescribed in any guidebook – just a few minutes’ walk above the road. It provided some delicate climbing on thin ice on the lower section, and a steep finish of WI5+ standard, which Giles Cornah makes light work of in very ‘lean’ conditions. 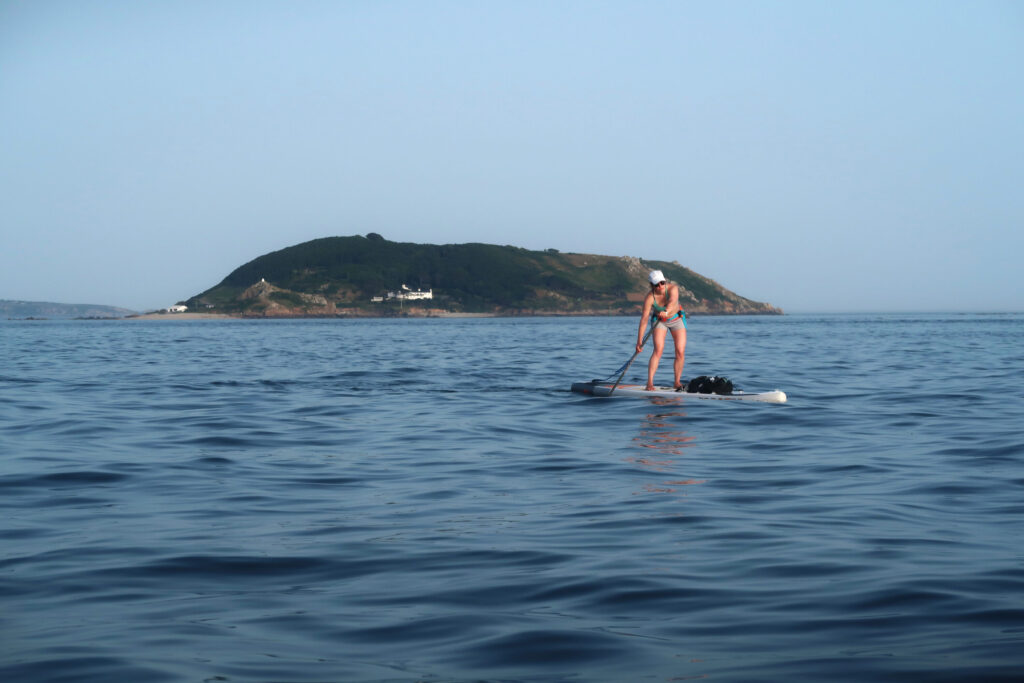 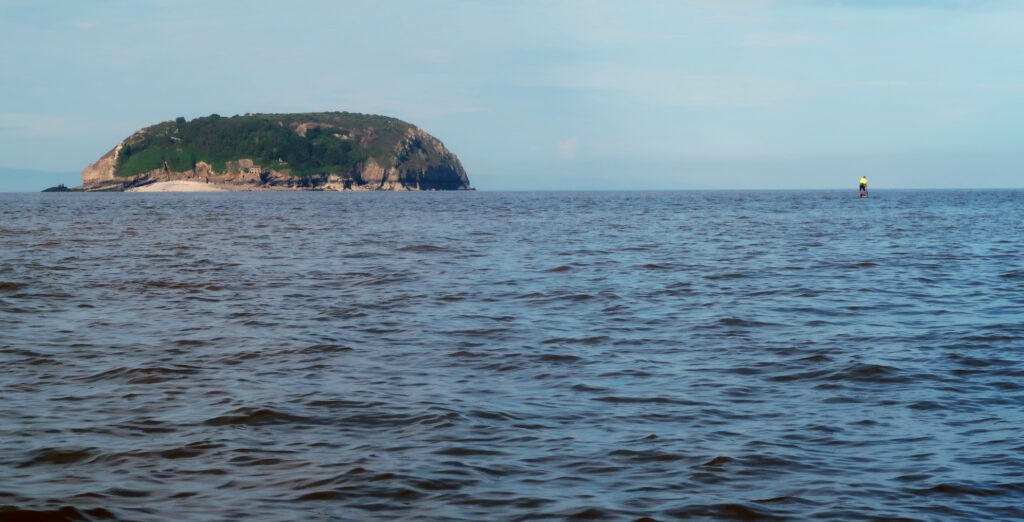 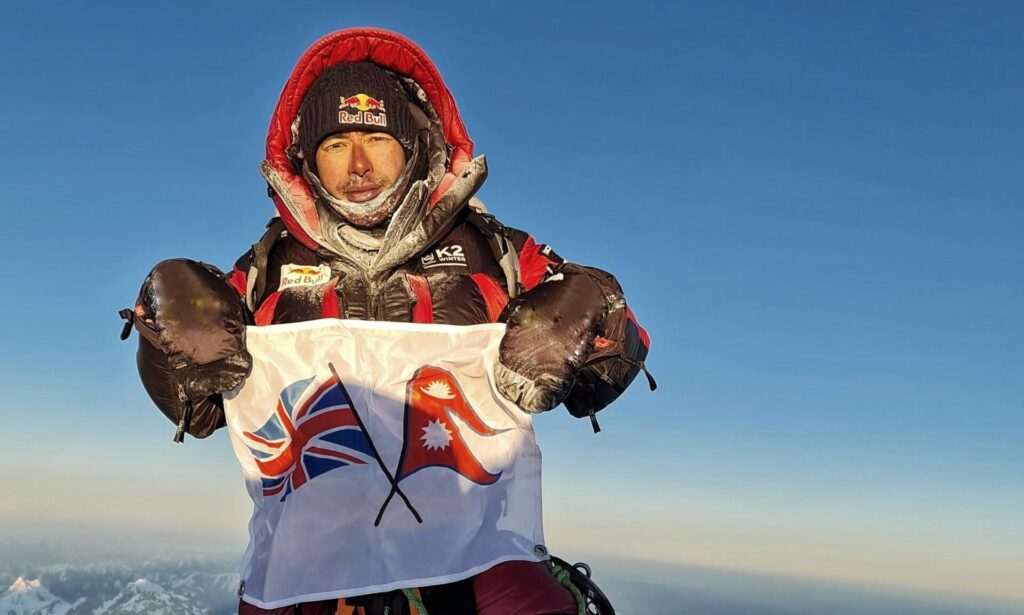 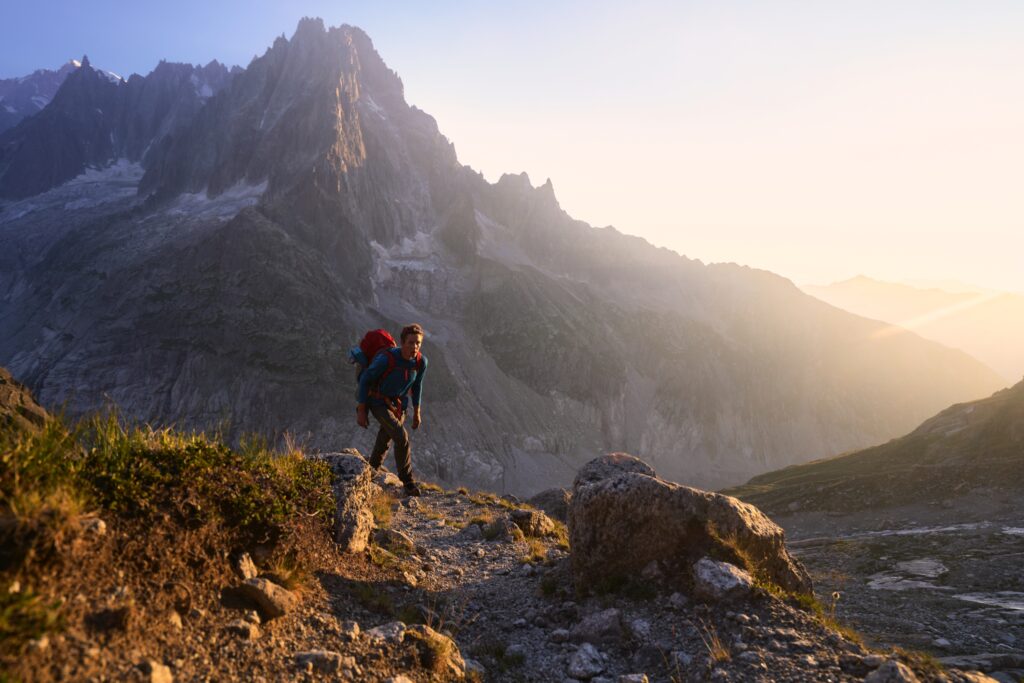 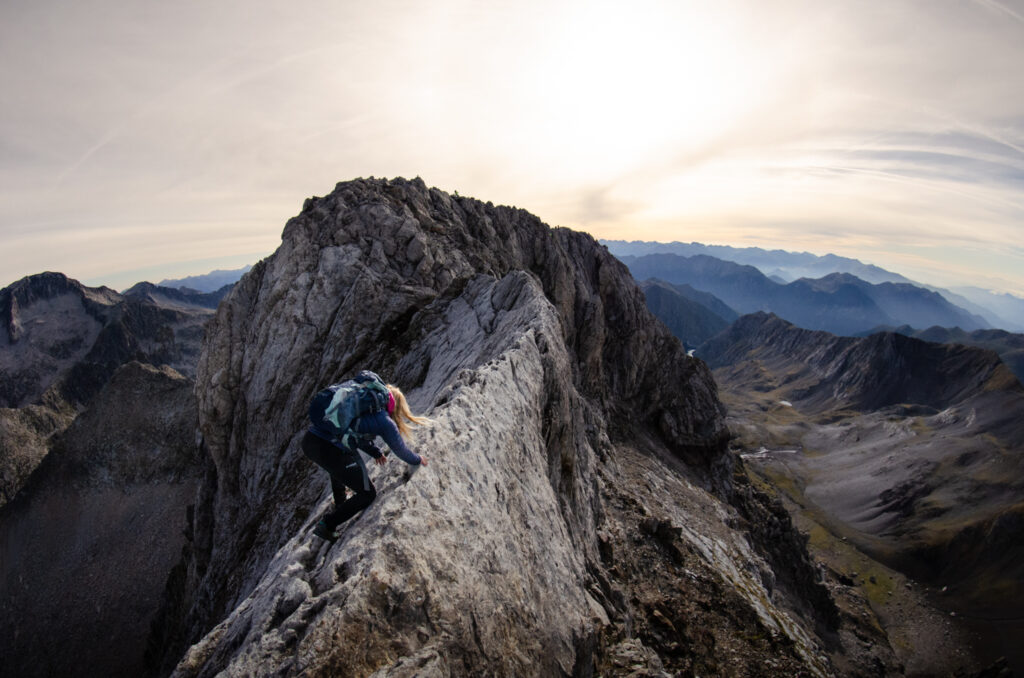