The Case for Adventure Activism 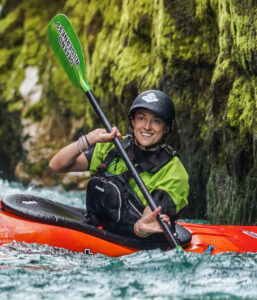 Carmen Kuntz Work and play are a blend of whitewater and words for Canadian writer Carmen Kuntz. Now based out of Slovenia, she has experienced many remote parts of the world from the seat of a kayak.

My head spins as I wander through elaborate exhibits at the massive European outdoor trade show in Germany. Shiny stoves, carbon hiking poles and waterproof bags blur as I weave to the back corner of one of the exhibition halls. I’m not here to make a business deal, but to give a presentation about river conservation; specifically about the work that my kayaker friends and I are doing to protect some of the last wild rivers in Europe. Passing the endless stands of high tech gear, it occurs to me that the outdoor sports industry has turned into an extraction industry, a fashion business, and a technology industry blended into one. This multi-billion global business is everything but an environmental industry.

Traditionally, adventure sports were about using skill, knowledge – and often taking risks – to experience and enjoy the challenges of navigating through wilderness. Gear was a means to get up the mountain, down the river, or through the snow. Until relatively recently, the adventure sports community was a counter-culture, a bunch of dirtbags on the fringe of society, who would often repair gear rather than replace it.

But what I see at this trade show suggests a different outdoor community is emerging; one where consumerism has firmly taken root, and marketing tactics feed a philosophy that we must make certain purchases in order to enter the great outdoors. Advertisements mix terms like ‘innovative’, ‘extreme’ and ‘high performance’ with ‘eco-engineered,’ ‘sustainable,’ and ‘re-purposed,’ suggesting that this equipment will not only enhance outdoor performance, it will help the environment too. Conservation concepts, it seems, are somehow being used to fuel consumerism. As I sat down on a small stage with half a dozen people in attendance, I questioned the state of the contemporary adventure community.

Reducing the environmental impact of adventure sports is no doubt important. Innovations that limit pollution and waste are good. After all, petroleum-based products and single-use items used in the backcountry have a negative impact on the Earth. But why is it that only a handful of the world’s biggest outdoor brands support environmental protection? After all, without wilderness environments there would be no market for their products. So why wasn’t wilderness protection not part of the sales pitch? Taking out the credit card was implied, of course. But taking action was never mentioned.

It took me many years of a lifestyle deeply connected to the environment – rivers specifically – for me to wake up and take action. From canoe trips as a child in Canada, to kayaking and raft guiding through university, to my current profession as an adventure sports writer, the more time I spent on rivers the more fragile they seemed. I watched a river I paddled as a kid get dammed and destroyed; I participated in public meetings to protect a tributary of my home river from a dam and diversion. It was increasingly clear to me; the places I was privileged to enjoy from the seat of a kayak, need to be defended. With hydro projects and their destructive dams threatening the whitewater playgrounds I cherished, I felt a desire to try to protect the rivers that are so central to my life as a kayaker.

Luckily, I ran into a dedicated group of Slovenian kayakers, climbers, filmmakers and photographers. Their response to the threat of a multitude of dams planned to be built on rivers in the Balkans was to combine whitewater kayaking, storytelling, and direct action. They blurred the lines between paddling, protesting, and media attention. Their annual kayaking and conservation tour – Balkan Rivers Tour – turned into the largest river conservation action in Europe. International media exposure, bright kayaks and peaceful protests helped prevent the construction of six dams, pressuring private investors and EU funding sources to back out.

This river conservation movement in the Balkans is special, because it addresses the root of the problem. These activists aren’t demanding more regular dam releases for kayaking. They are trying to stop dams – on rivers from Slovenia to Albania – before they are built. Through engaging and entertaining media, they are working to change the common perception that hydro-power is completely clean, green energy. They prompt people to ask the question: to whom do our natural resources and wild places belong? Corporations, governments, and supra-national institutions? Or all of us?

Challenging people to think for themselves, Balkan Rivers Tour explores the crucial environmental issues and science behind hydro power production. What happens to ground water resources or natural filtration systems when a dam is built? Flood mitigation processes are interrupted and normal nutrient cycling stops. The seldom discussed dirty secret of large hydro is the massive methane and carbon dioxide emission that large reservoirs emit. Hydro power is often toted as a solution to the energy crisis. But displacing local people, flooding river valleys or wetlands, and drying up riverbeds are not solutions. Hydro power can simply compound the existing environmental problems it purports to solve.

I took an easy step towards helping preserve rivers, and joined in with an already established conservation movement. But that is how outdoor enthusiasts have been involved some of the biggest environmental movements in the world – they just joined in. Many have been successful in defending wilderness areas. Tasmania’s Franklin River protests, Canada’s Clayoquot War in the Woods, or even America’s Standing Rock protests are all examples of extreme circumstances that motivated local people and the outdoor community to take action.

In general, though, it’s tough to get people to act today. In my experience through Balkan Rivers Tour, if you organise an adventure race, hundreds of people will attend. If you organise demonstrations or direct action to protect the wilderness where that race takes place, only your friends to show up.

If we run out of wild places to enjoy adventure sports, then all the gear manufactured by the outdoor industry becomes useless. It’s that simple.

Back at the outdoor trade show, I’m navigating through the maze of gear, tempted point the finger at the industry. But there are some brands who can see the big picture. Some adventure athletes-turned business owners who help protect wilderness areas. But in the end, it’s up to us, the individuals to whom wild places matter, to make choices and take action to influence change.

Just being out in the environment doesn’t make you an environmentalist. Buying a product because the tag says ‘eco’ doesn’t make you a nature conservationist. If you love a wild place – if you spend time climbing, skiing, paddling or riding there – then you have a duty to be active in protecting it too.

Environmental activism requires creativity, resourcefulness and guts. Activism isn’t confined to protest movements; it can take on many forms, including financial support. For example, imagine if half of the world’s biggest outdoor brands teamed up with local conservation NGOs to support their campaigns to protect wild places? Solutions like this are hardly out of reach.

The adventure sports community have a simple choice to make. We can either ignore the huge global issue of wilderness being destroyed in various ways and for different reasons. Or we can choose to act, using the creativity and natural rebellious streak in the adventure community as a catalyst to make environmental preservation the rule rather than the exception.

If every keen adventurer became an instinctive guardian of the environment in which their activity takes place, the patchwork of defended areas would connect to create a global map of protected wilderness. If this were the case, buying an expensive ‘eco-friendly’ labelled jacket made of recycled plastic bottles might then seem a little less necessary.

This article first appeared in print in issue #02 of BASE magazine. Subscribe online for the latest issue direct to your inbox. 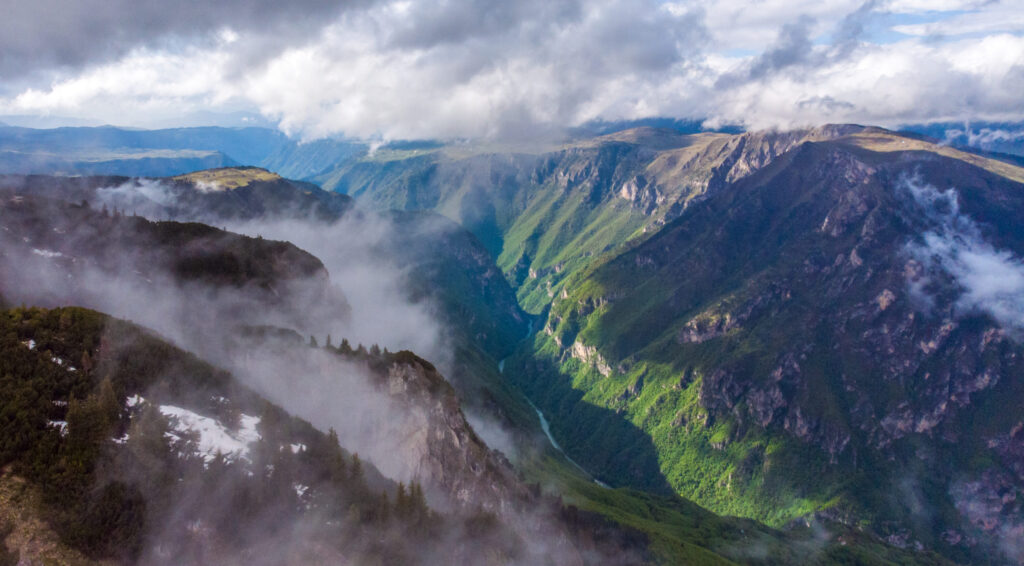 The figures behind an adventure tourism movement in southeastern Europe 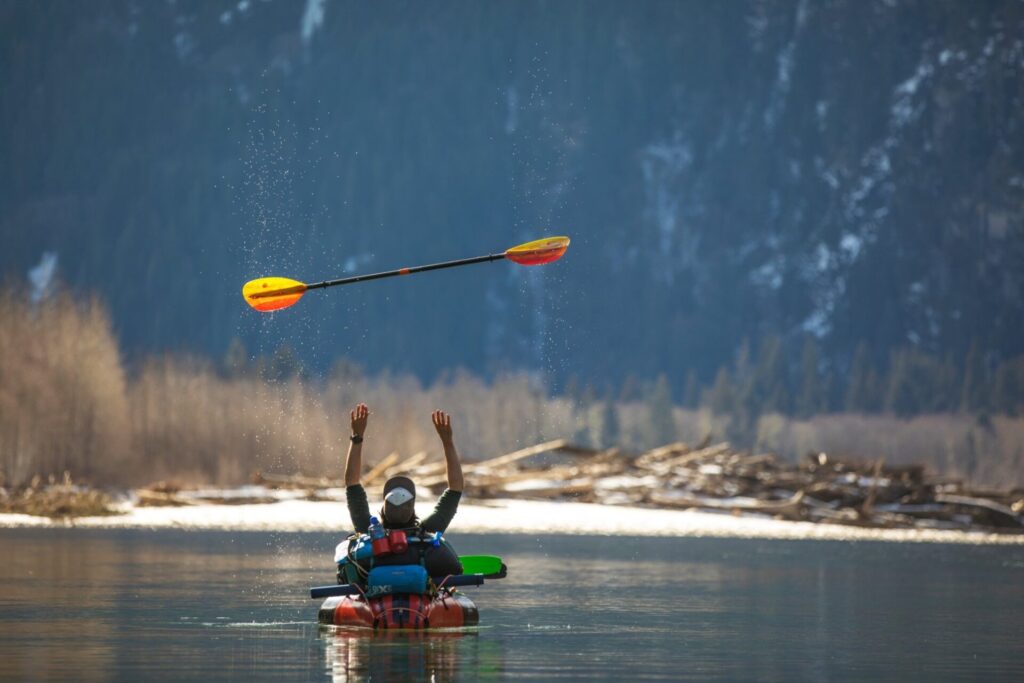 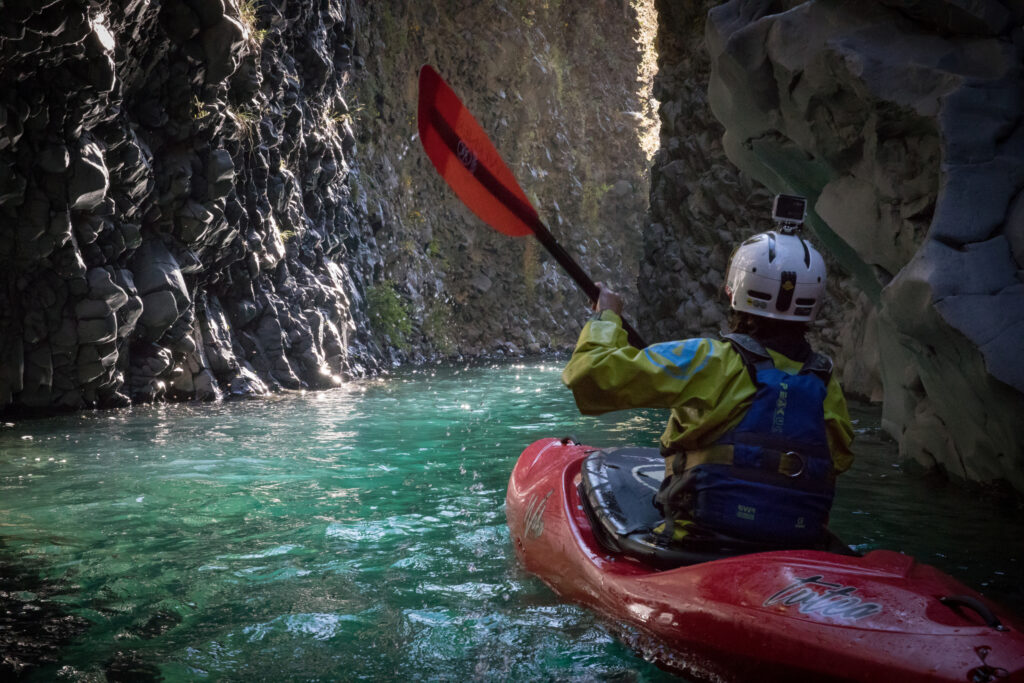