Home Story The Allure of The Pyrenees 30

The Allure of The Pyrenees 30

Negotiating the balance between fun and accomplishment

In the summer of 2018, whilst out playing in the hills of the UK, two friends and I conceived the idea to try to ski the highest peaks of the Pyrenees, all in one season, all in one month. Convinced of the brilliance of the idea, we set about planning, with energy and excitement. I had spent lots of time ski mountaineering in the Pyrenees and knew the area well. We all trained hard, were experienced, we had amazing support and sponsorship, and by late summer the outlook was positive. 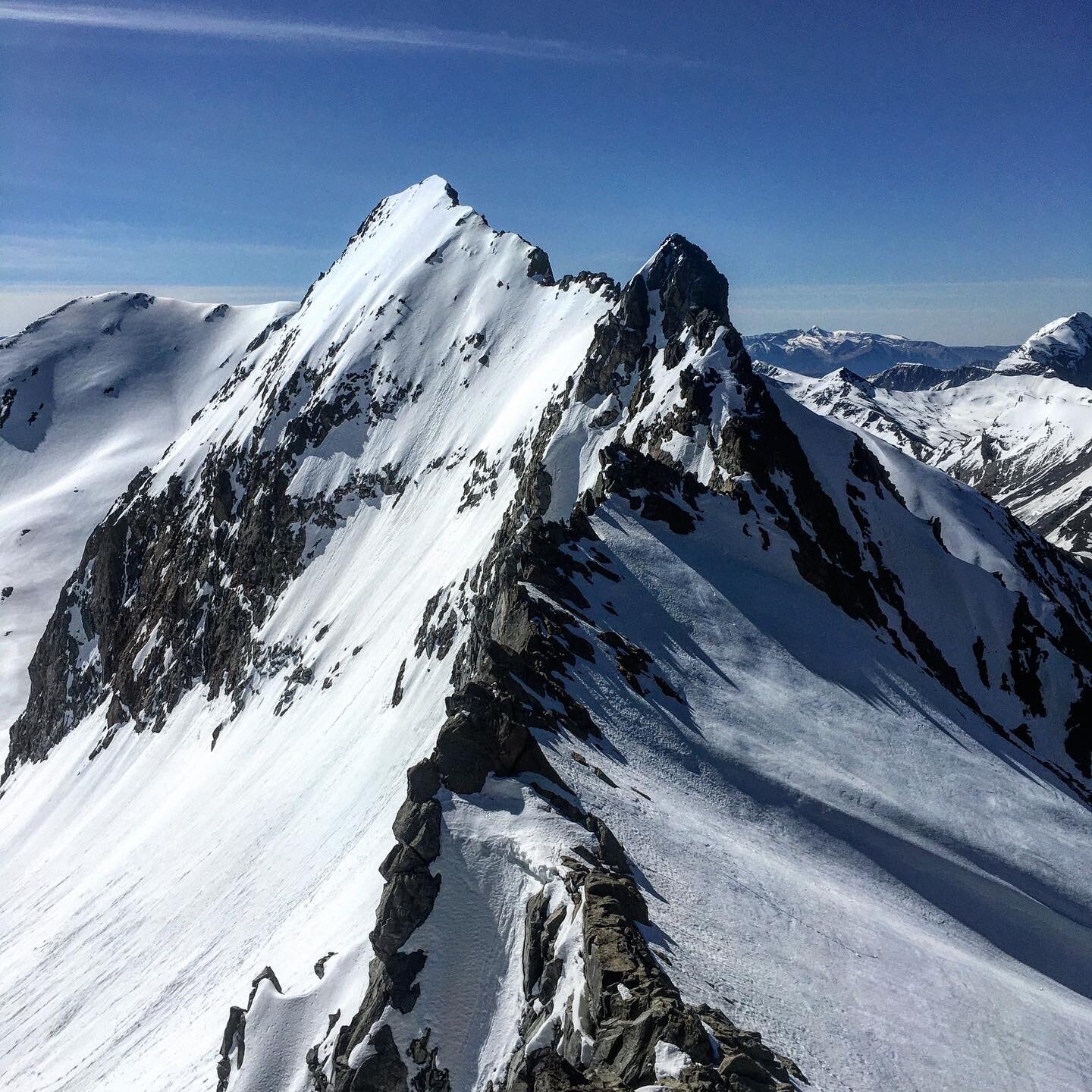 We arrived, and the very next day our quest began. We had given ourselves 30 days to climb 30 peaks. Very ambitious, but we thought just about possible. Later I’d better understand the exact magnitude, and slight absurdity, of our ambition.

Our first peak went just as we’d hoped, but that night, with comical bad luck, we all got violently ill from a water bug. And I mean it when I sat violently. Over the next four days, we couldn’t get out of bed or eat. By the time a week had passed, I had lost 8kg, and it was clear our original plan was out. Sadly, due to the illness, one of the team members had to fly home.

The loss of our main objective was a bitter pill to swallow, and we were scrambling around trying to find something ‘meaningful’ to do. What that means is anyone’s guess, but I decided to try to ski as many 3000m peaks as I could in the remaining 16 days of the trip. Although somewhat contrived, this led to 16 amazing days of skiing, climbing 16 peaks and ending up happy with sore legs.

The bitterness of the initial failure was diluted, or at least delayed. 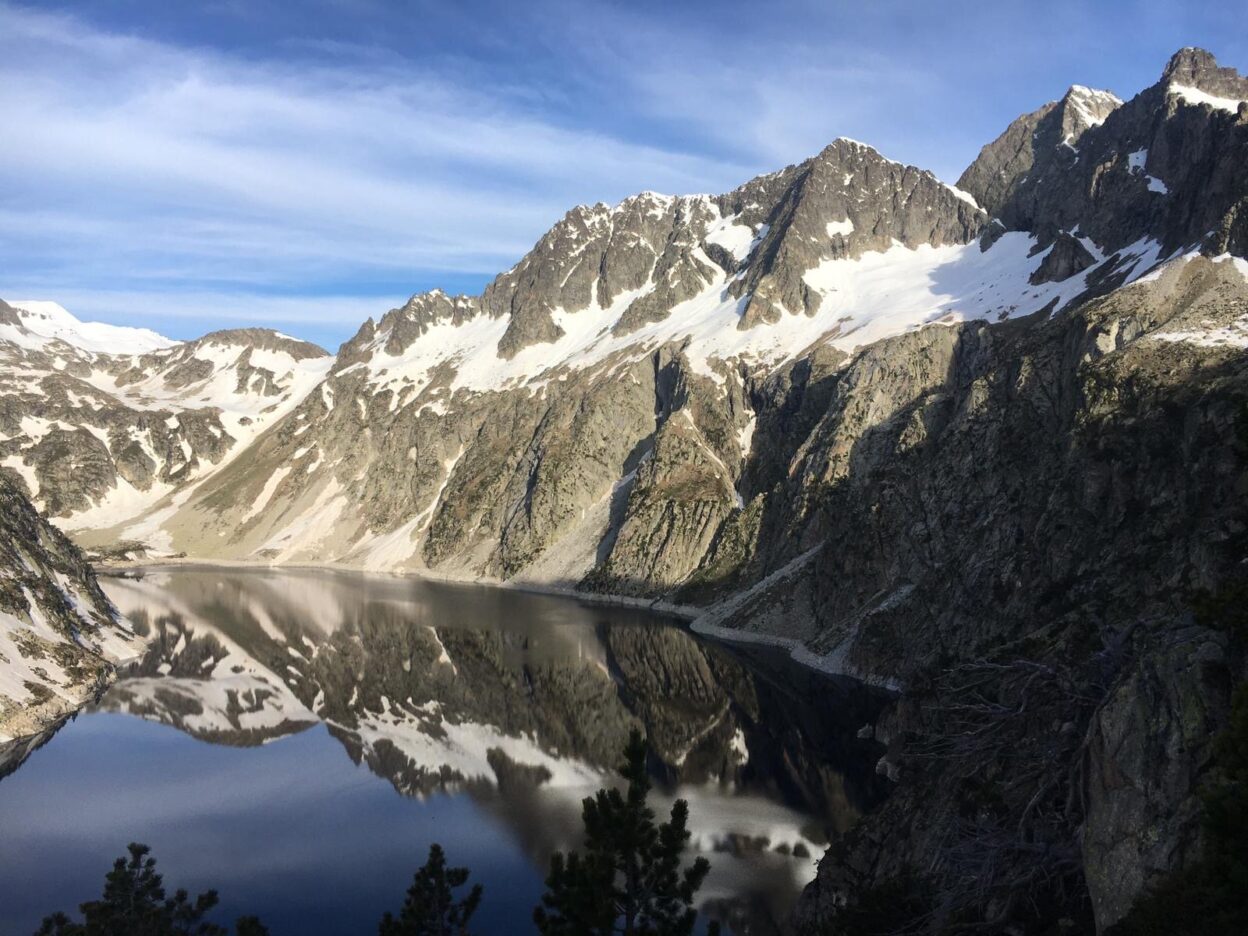 Thwarted on another Pyrenees-based expedition in February – this time an attempt to cross the range solo on skis – by awful snow conditions and coronavirus lockdown, I suddenly had a lot of time on my hands to analyse the last trips and think about what it was I really wanted to do. It was pretty frustrating to have failed on two trips. Despite the unavoidable circumstances, it felt like a personal failure.

I had fallen on the wrong side of the balance between goal driven and fun driven. It’s a fine balance at the best of times. At the end of the day, I love skiing and being in the mountains, and interesting projects and objectives are a scaffold to allow that to happen – it shouldn’t be the other way around.

I decided to use my remaining time in the Pyrenees to complete the Pyrenees 30 project, but this time with no time limit, or forced pressure, but just to play as hard as I could, choosing awesome routes and interesting styles as a priority. 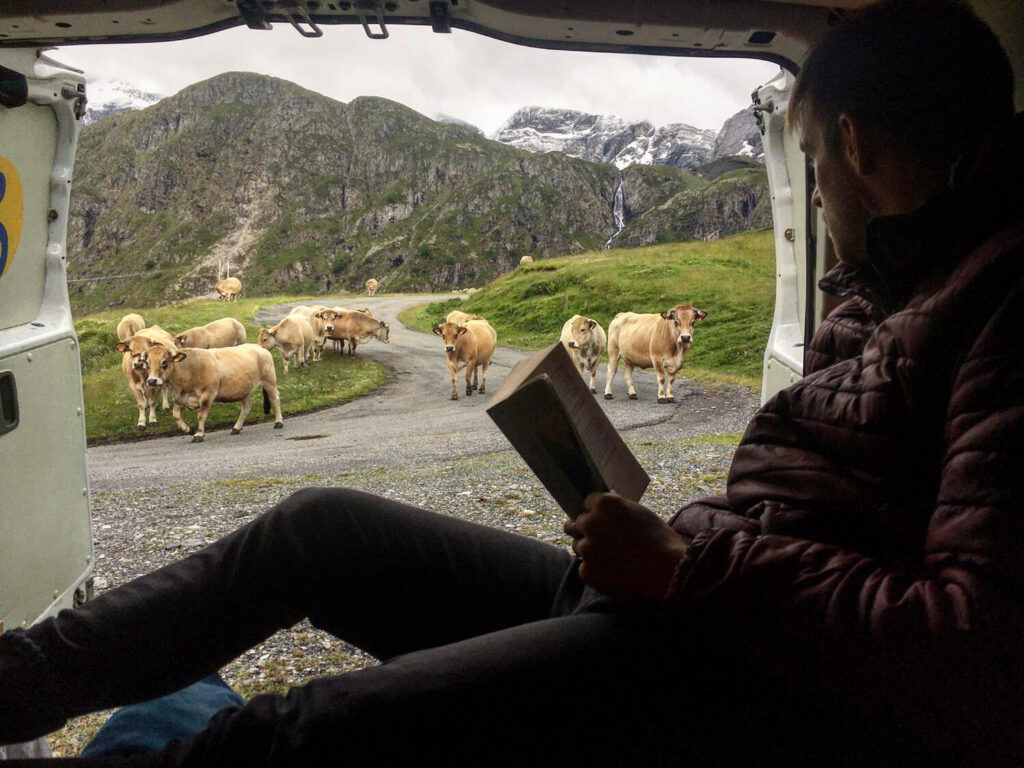 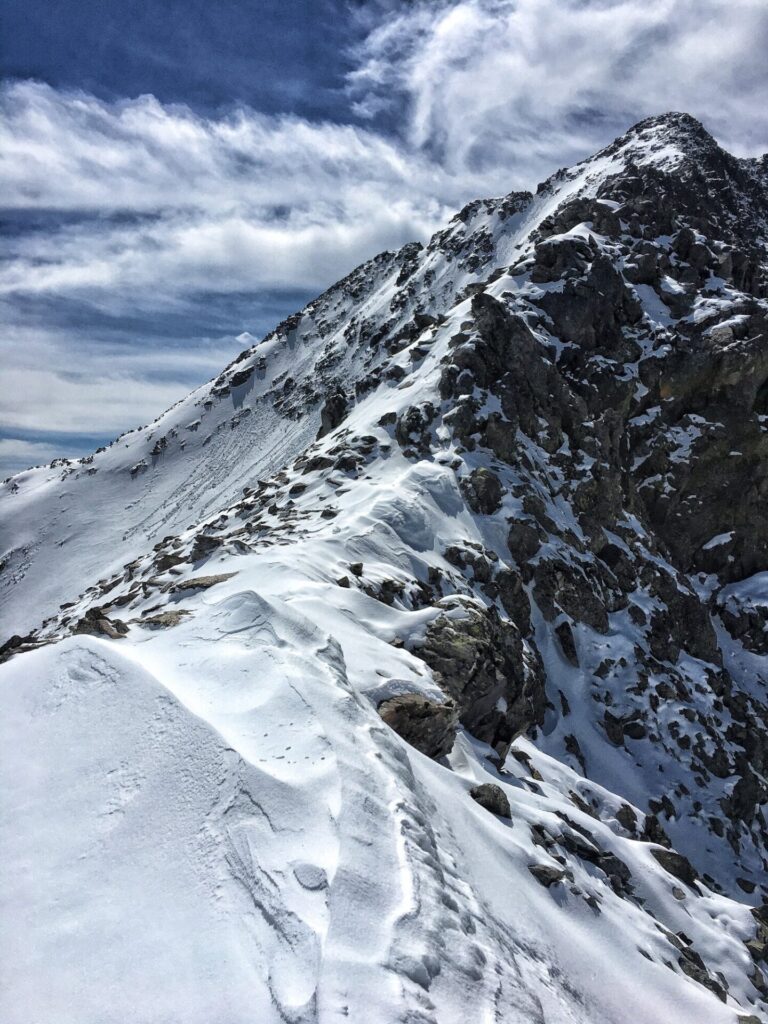 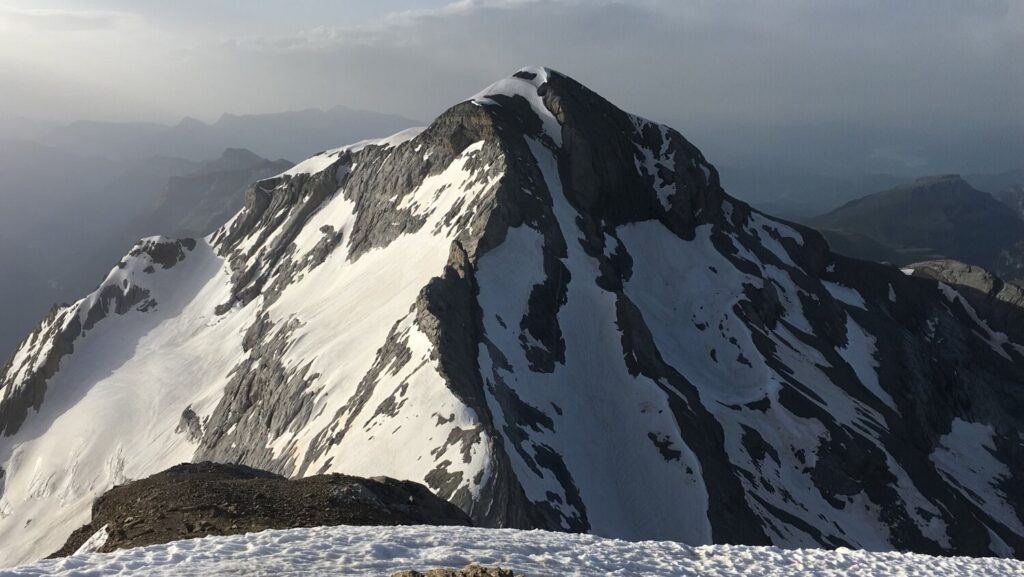 The first day on skis after lockdown was like being let out of a cage. Finally, the snow conditions were good for the time of year and the energy built up in lockdown was like a boost of nitro. I skinned up long slopes, carried my skis along deep snowy ridges, up icy faces, and smashed down the descents. The fun was back.

Unpredictable weather added a layer of challenge and excitement. For each peak, I looked at the different routes and styles that I could try – be it a long ridge traverse, a face climb, fast and light, linking with other peaks – and I chose whatever felt would be the best way to experience the mountain. It was the ultimate freedom.

I returned beaming after days spent wading in whiteouts along long technical ridges, super tired after big days linking peaks, or bouncing off the walls after a powder descent.

Slowly, spring and its unannounced winter storms swapped for summer, and I swapped my skis for climbing and running shoes. Although initially reluctant, it turned out just as much raw fun was possible moving over all sorts of terrain, and the ability to take in many peaks in a day. The fun continued, fuelled by huge volumes of food along the way.

A year after it had started, I finally felt like I had the balance of the Pyrenees 30 nailed. Its focus had transformed during the course. It started out as a single objective, with too little focus on having fun. That objective was forced to change, but the slant on goal focus didn’t. In the second year the goal or objective (to ski/climb the remaining 30) was still there, but not the same driving force. The goal gave me a great excuse to visit new areas, push myself physically as hard as I could, and tackle new peaks. The new driving force though was to have as much fun as possible, reminding myself how much fun it is being in the mountains. Despite there being big ups and downs during the project, the biggest win was a better understanding of how this balance works for me. 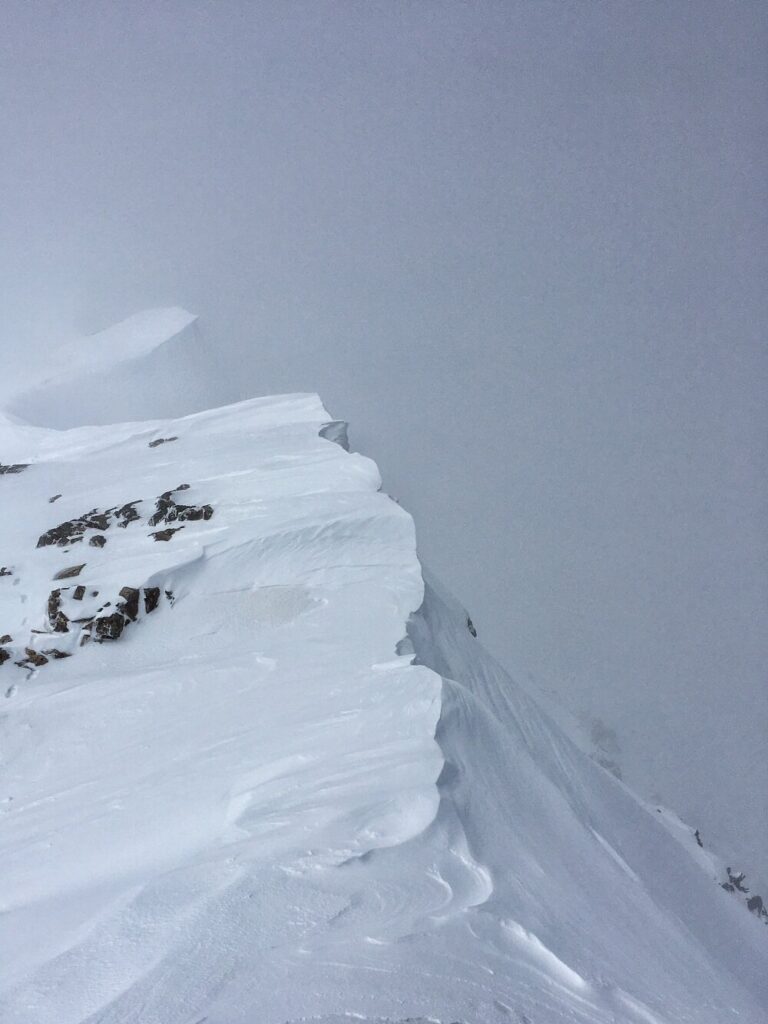 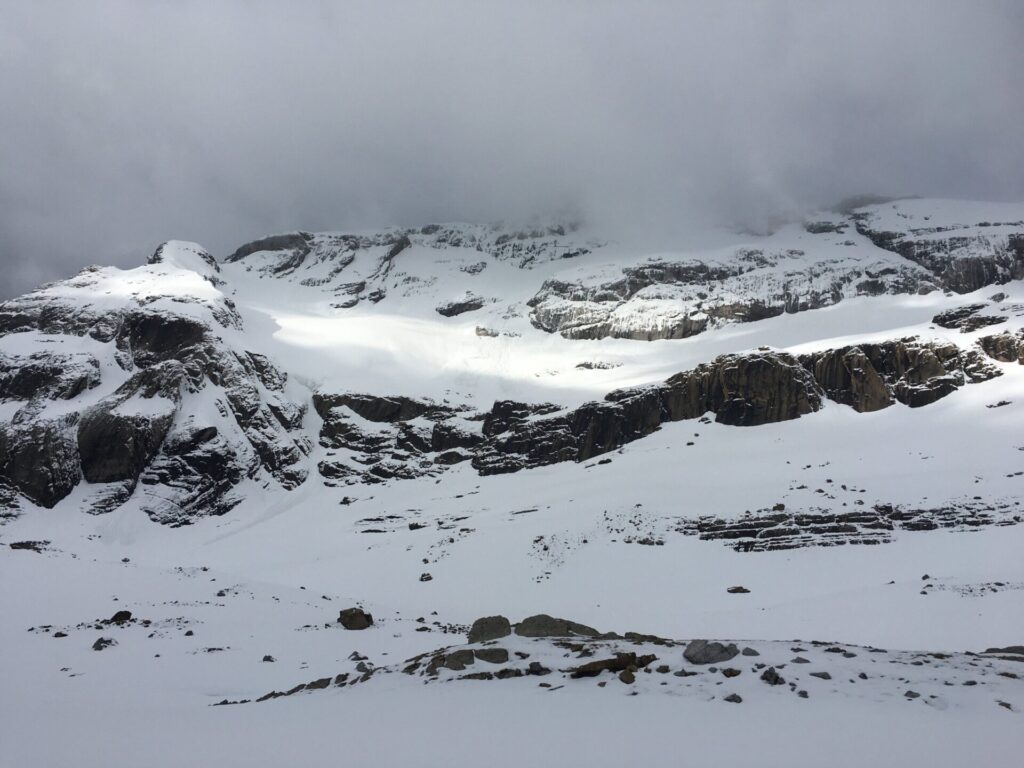 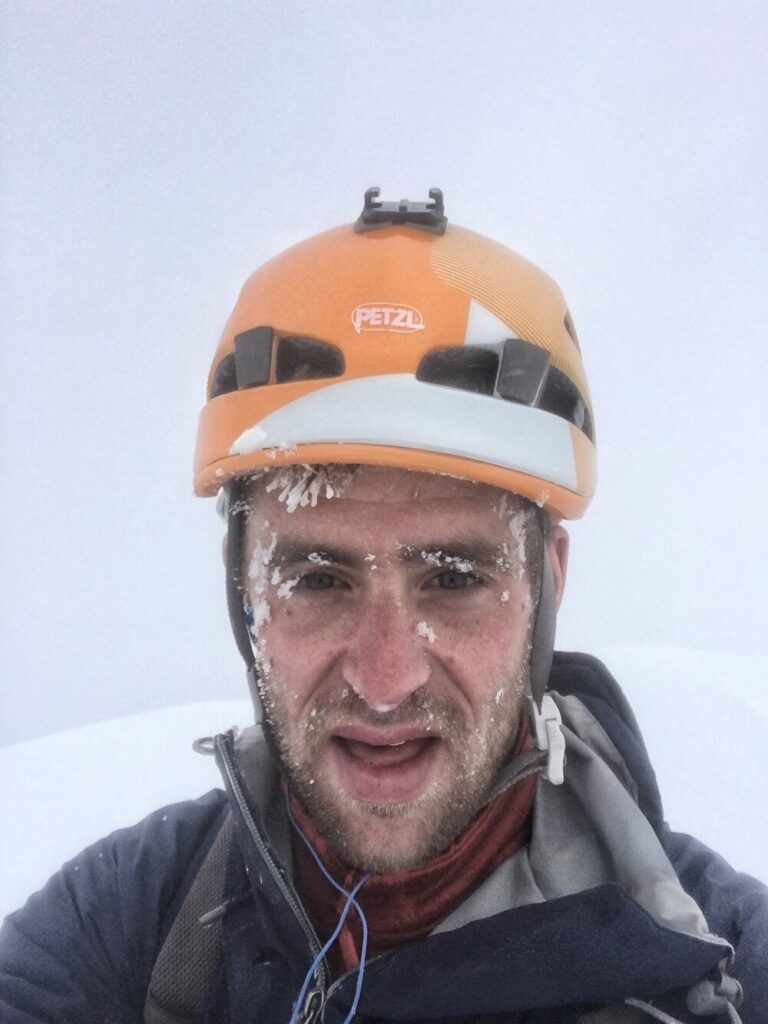 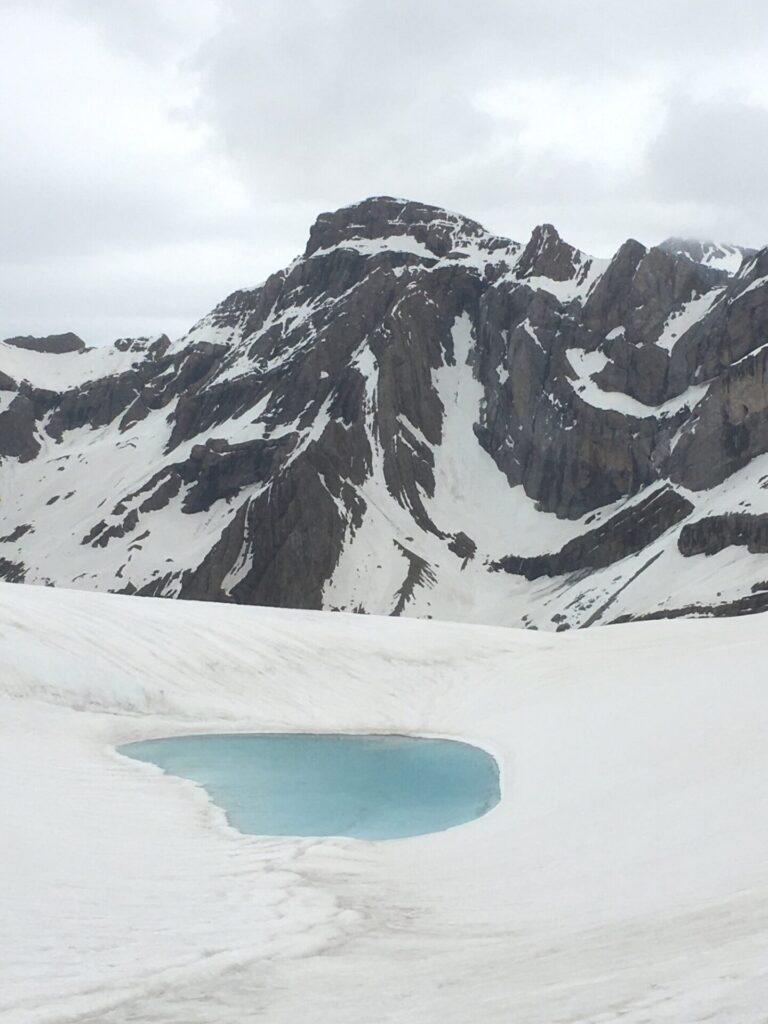 The varied terrain, environment and weather tested and developed my skills and knowledge in the mountains. Some days I would have to climb grade III rock in ski boots or trail shoes, some days I would be glissading down long snow covered slopes in running shoes. I ended up having to climb the steep long North Face of Mont Perdu on bullet hard ice, only to have a snow storm increase the challenge half way up. Long days – sometimes upwards of ten hours – on technical rock terrain left me so mentally drained I’d trip over my own feet once down on safe ground. I got caught out with the ever changing weather a couple of times and after sitting in the car for hours with the heater full blast learned to read it and plan better. One day whilst tired and down-climbing a scramble I missed the usual route and ended up on almost vertical loose rocky terrain, but with some calm cursing I managed to safely descend, and learnt a lesson in the process.

Being alone in the mountains most days, often on serious terrain, had an intensity that was both exhausting and rewarding, but something I never took lightly. I saw rockfalls, avalanches, lightning and a landslide but fortunately always from enough distance. I was lucky to meet lots of interesting people on my days out, often who shared advice about great routes, but who always shared their happiness to be out in the mountains. 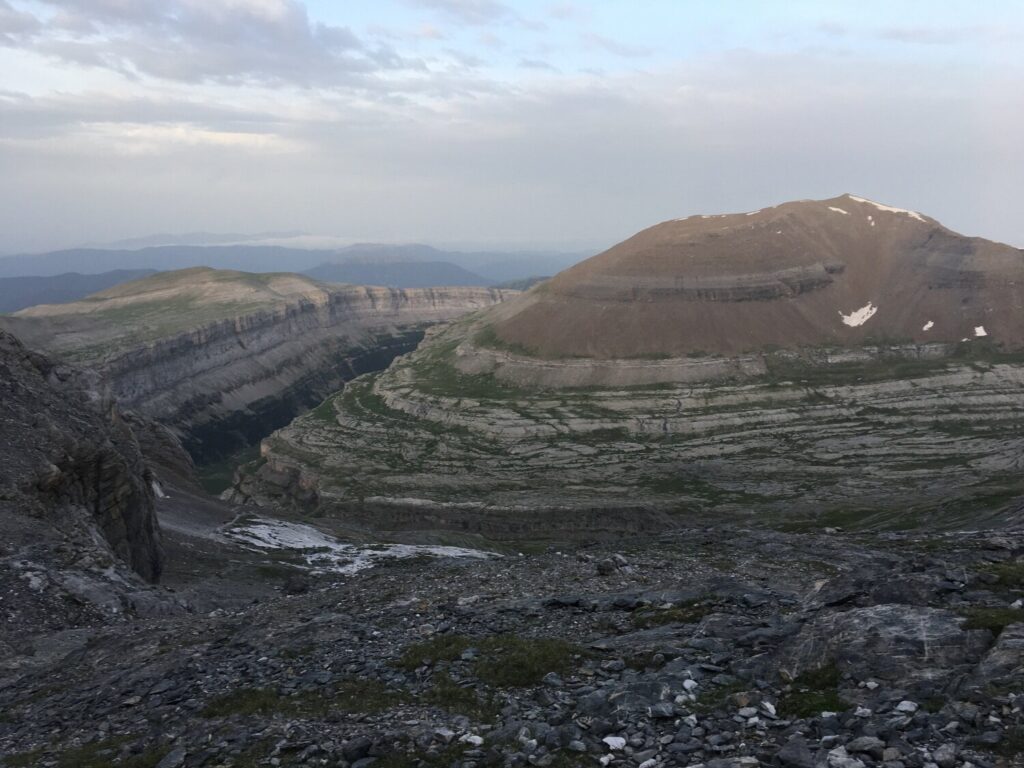 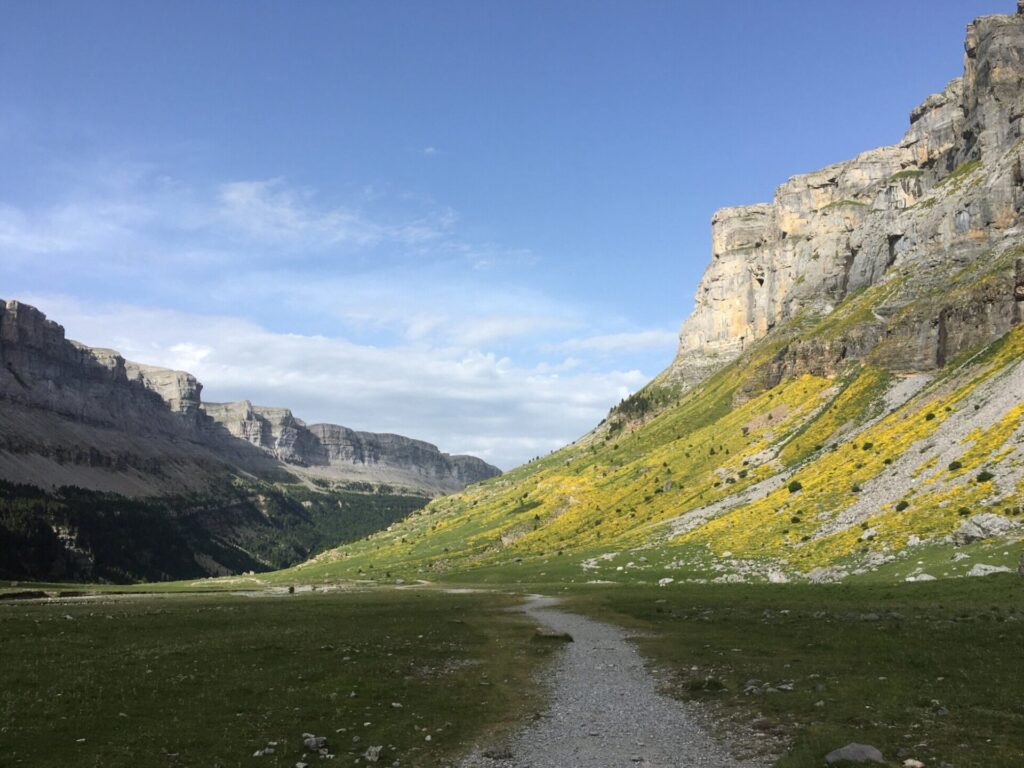 Exploring the Pyrenees properly and taking the time and energy to do so properly was also hugely rewarding. Areas that I’d never heard of are now the ones I’ll be making sure to return to. I spent numerous days scrambling along amazing ridge lines, being the only human around, crossing paths only with birds and sassy marmots. In between routes, I spent lots of time running through the iconic lower pastures of the Pyrenees, being bullied by cows and enjoying the calmer environment.

In late June, with just a few of the peaks left to do, I packed my running gear and left for a four day continuous effort to run/scramble long link ups between some of the remaining peaks, and to see what my legs had left in them. With the weather on my side, I enjoyed long days finishing them off, ridge after ridge, peak after peak. Finally finishing on Pic Central del Inferno around midday. It seemed fitting that it was here that I met my first thunderstorm of the project, reminding me to go home and eat my body weight and relax.

Huge thanks to support from friends and family, the Austrian Alpine Club, Expedition Foods, Natural Balance Foods and TORQ nutrition