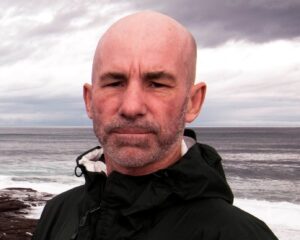 Tony Butt Tony has been surfing all his life and surfing big waves since the early 1990s. He is a Patagonia Surf Ambassador and works with NGOs, trying to convince people that the coastline is one of the most delicate and poorly-understood parts of Nature. 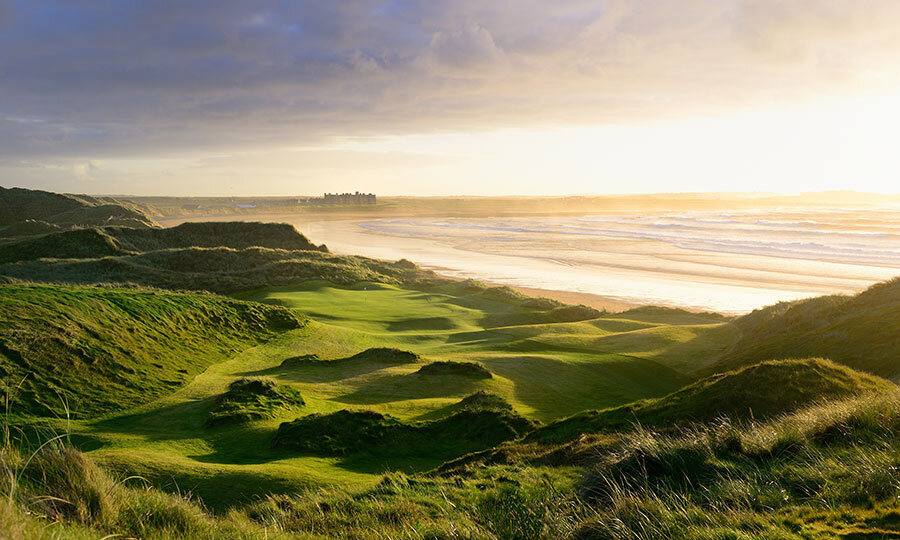 On so many coastlines in the world we see houses, hotels, roads, walkways, carparks and shopping centres, all built within a few metres of the shoreline. Look a bit closer and you’ll notice concrete walls, piers, groynes and tetrapods (rows of giant boulders or fancy four-fingered interlocking things), strewn along the shore in front of those structures, supposedly to protect them from the ravaging ocean and its horrible waves. According to many, those waves are hell-bent on destroying us and our properties. It is as if we are in some kind of territorial battle between us and the sea, to stop it coming in and invading that thin strip of land that we claim to belong to us.

In some cases, we’ll build a human structure such as a hotel, car park or golf course, right on top of a natural land-sea interface like a system of dunes – a natural structure that’s evolved over millions of years to flex and morph according to the conditions. Usually, when what we’ve built is affected, instead of moving it inland, we build another structure in the hope to protect it. These structures are usually fixed in place and not designed to flex and morph like the natural system. We try to ‘fix’ the coastline in one place because we can’t accept that it is supposed to move.

The coastal engineering work that was proposed at Doughmore Beach in Western Ireland is a classic example. A golf course has been built on top of a highly mobile beach-dune system, located on one of the most energetic coastlines in the world. Not surprisingly, the golf course is being threatened by the natural behaviour of the beach-dune system.

After the extreme winter of 2013-2014, when major erosion occurred, the proprietors of the golf course (a company owned by Donald Trump) decided they would try to stop the sea invading their property. This would be done by installing solid structures to ‘fix’ the coastline in place.

Doughmore Strand is inside a nature reserve called the Carrowmore Dunes Special Area of Conservation. It consists of a gently-sloping sandy beach with a steeper cobblestone shore called a storm ridge. Behind sits a system of dunes. Behind that, there is a flatter area called a flood plain. The whole thing is a magnificent example of a naturally-evolved system with its own resilience and no need for human interference.

The way it works is quite simple. In largish waves, the energy is dissipated by the beach itself, predominantly by the cobblestones at the top of the beach. In stormier conditions, the wave energy starts to encroach on the dunes and cause a certain amount of erosion, effectively moving the land-sea interface inland. The water might also snake its way through the dunes and temporarily fill up some of the flood plain. Then, during the intervening calm periods, the sediments gradually come back, slowly moving the land-sea interface seaward again.

That last point is a problematical concept for the people who want to protect their golf course. The sediment might take years or even decades to come back, and people don’t want to wait that long. Ironically, it might take even longer due to previous human intervention. For example, the removal of cobblestones to build roads, along with other sand-mining activities in the past, which has made the system more vulnerable to erosion; the coastal sediment deficit to the blocking of rivers by large dams, and the fact that more big storms expected as a consequence of climate change. 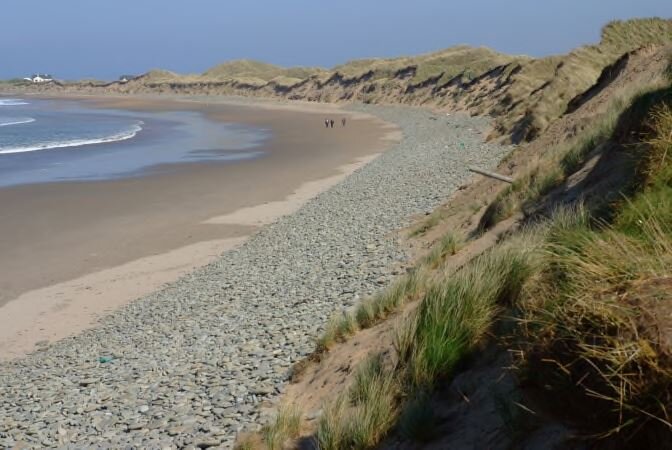 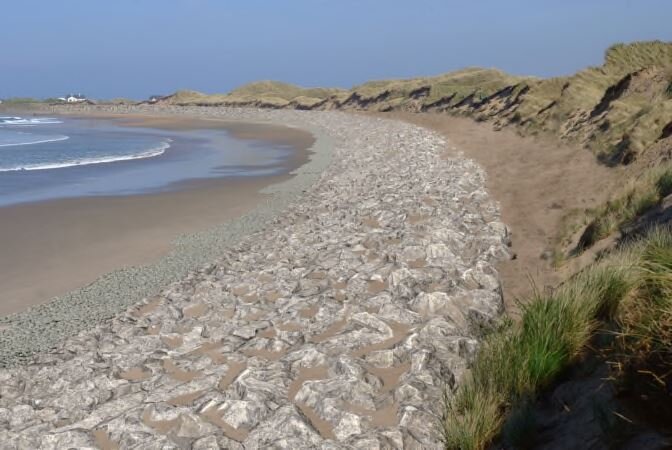 We need to tackle coastal management or indeed management of our own behaviour in relation to the coast, just like many other problems: with a bit more humility

In the end they didn’t build that monstrosity. They proposed a smaller one. In 2017, in response to growing local and global pressure by the #NatureTrumpsWalls campaign, spearheaded by Save the Waves, with over 100,000 signatures and over 700 letters of objection, the developers decided to reduce the scale of the project. Instead of the original atrocity, they proposed two separate structures at either end of the beach, 650 and 250 metres in length respectively.

At first sight, this seemed better than the original proposal. But in reality it could actually cause even more problems. Crucially, erosion concentrated at either end of the structures would have had serious knock-on effects. The erosion itself would be bad enough on its own, but it would also lead to the structures being extended in the future, ending up with a wall the same size or even bigger than the original one.

This is a really significant issue. It goes deeper than the mere prospect of ruining a natural beach with a man-made structure; it shows how some people view Nature and our place in it. The prospect of ever more coastal structures needing to be build gives coastal engineers a kind of self-perpetuating business opportunity. Some of them are so arrogant that they think they can keep replacing natural systems that evolved over millions of years with artificial structures designed by humans.

If we carry on like this, we will end up with a world full of grotesque imitations of Nature, with the world’s coastlines consisting of golf courses, car parks and shopping centres protected by sea walls, breakwaters and groynes, but the beaches, dunes, and surf spots will all be gone. If you are a surfer, imagine a coastline where all of our naturally-occurring pointbreaks have been destroyed and, to mitigate them, we’ve built artificial wave pools which they proudly declare to be better than the real thing.

So what should we do to avoid yet another dystopian version of the future? Well, we need to tackle coastal management or indeed management of our own behaviour in relation to the coast, just like many other problems: with a bit more humility. Instead of an active, aggressive approach, it would be much better to use a passive-submissive approach.

A passive-submissive approach is based on the assumption that shoreline flooding and coastal erosion are going to happen anyway. So instead of trying to stop it, we work around it.

For example, the first thing to do in any passive coastal management plan is to prohibit any more houses, car parks or golf courses being built on the coastal fringe, especially if that area is prone to erosion. Next, if people have already built stuff there, have a look and see if you can move it inland. If that’s not possible, just leave it there until the sea naturally washes it away. Don’t even waste time and money repairing it after each storm.

Some people are already doing this. The National Trust in the UK, for example, is using non-intervention policies in a few places. At Mullion Cove in Cornwall, a harbour that was built around 1890 will, from now on, no longer be repaired after each storm. Eventually, the harbour will disappear and the beach will be restored to its natural state.

Spain has one of the world’s worst reputations for coastal destruction, particularly in heavy tourist areas such as the Canary Islands and Andalucía. In the north, however, large swathes of Asturias and Galicia are now strictly controlled under various nature reserve schemes such as the Red Natura 2000, where you are not allowed to build anything new near the coast, and, in some areas, existing coastal structures are not even allowed to be restored.

And then there is New Zealand. They are unquestionably in the lead with this sort of thing. In fact, they have proper laws in place to protect all natural elements, not just the coastline – laws based on the fundamental concept that Nature itself has a higher value than man-made objects. New Zealand has been pioneering the concept of environmental personhood. This means that a natural entity such as a river or a mountain can be represented by a lawyer to denounce an act committed against it by a human or by a company. At the time of writing, the Te Urewera National Park, the Whanganui River and Mount Taranaki have been granted the same legal rights as living humans. They have been declared to be no longer ‘owned’ by the government or by anyone else; instead they are simply ‘owned by themselves’.

I’m sure there are more examples around the world of countries that are on the right lines as far as understanding and managing our place in Nature. But there are still too many that are not, even here in the European Union. In Portugal, particularly in Madeira, many people still don’t see anything wrong with what they have done at places like Lugar de Baixo or Jardim do Mar. And while in Galicia putting a golf course on top of a dune would nowadays be unthinkable, in Ireland that’s exactly what they have done. Which brings us back to the Doughmore case.

That second proposal at Doughmore, with the two smaller sections of sea wall, was approved by the County Clare local council in December 2017. At this stage, many people thought the battle had been lost.

However, an appeal was sent to Ireland’s national planning appeal board, An Bord Pleanála and, after another two more years of struggle, it was officially rejected in March 2020. An Bord Pleanála formally rejected the plan based on the adverse impacts to the dune ecosystem. They pointed out that one of the main objectives of the Carrowmore Dunes Special Area of Conservation is to maintain the natural circulation of sediment and organic matter without any physical obstructions:

“The Board is not satisfied that the proposed development would not result in adverse effects on the physical structure, functionality and sediment supply of dune habitat within the Carrowmore Dunes Special Area of Conservation. [therefore] it is precluded from granting permission.”

In summary, the original wall at Doughmore would have been an environmental disaster. Now, thanks to several years of persistent local and international pressure, the project has finally been rejected. That’s really great news. Not just because Doughmore Strand has been saved, but because it has been saved for the right reasons. The final decision was made based on scientific knowledge rather than economics or short-term human interests.

It sets a precedent for the protection of the rest of Ireland’s magnificent but fragile coastline, and hopefully will soon put Ireland on the list of countries where our relationship with the coastline is properly managed, and where people have a better understanding of our place in Nature. 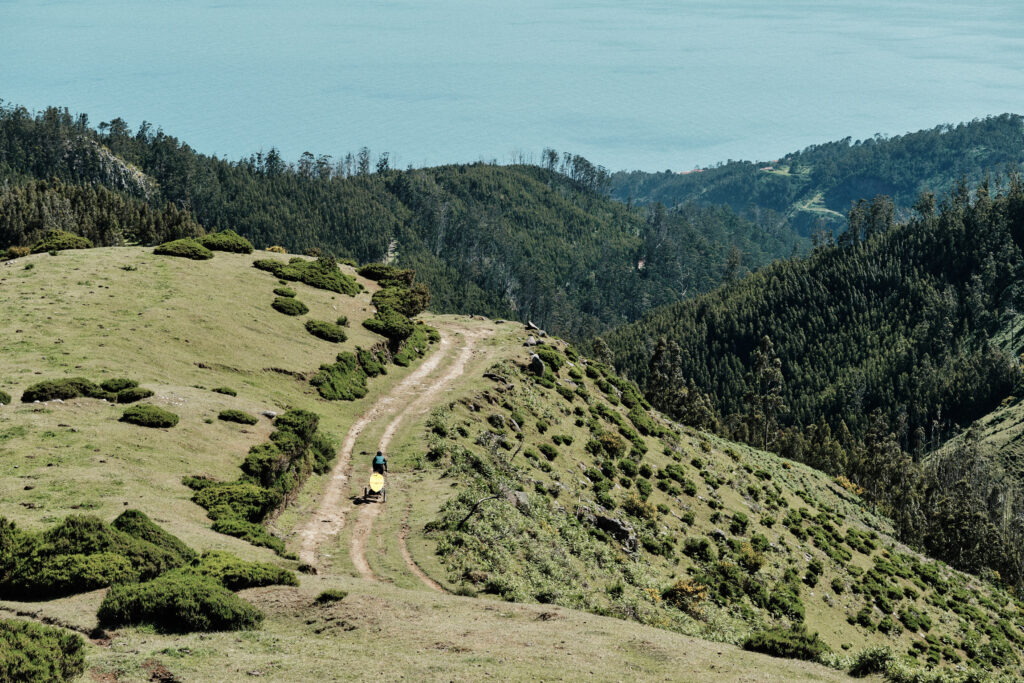 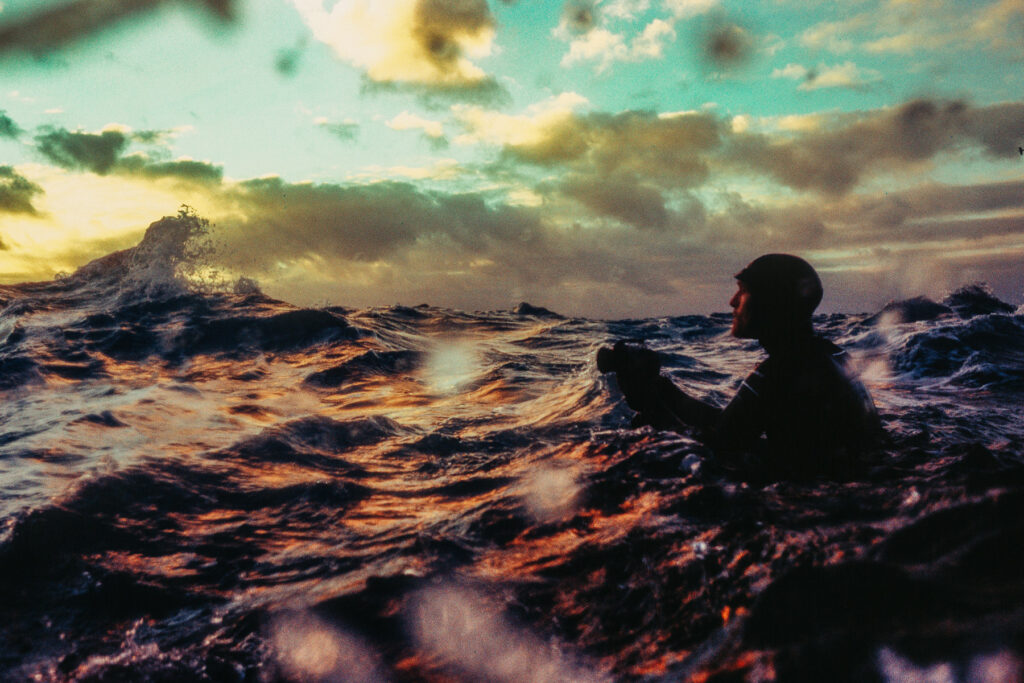 A lifetime of human hearts bewitched by the sea 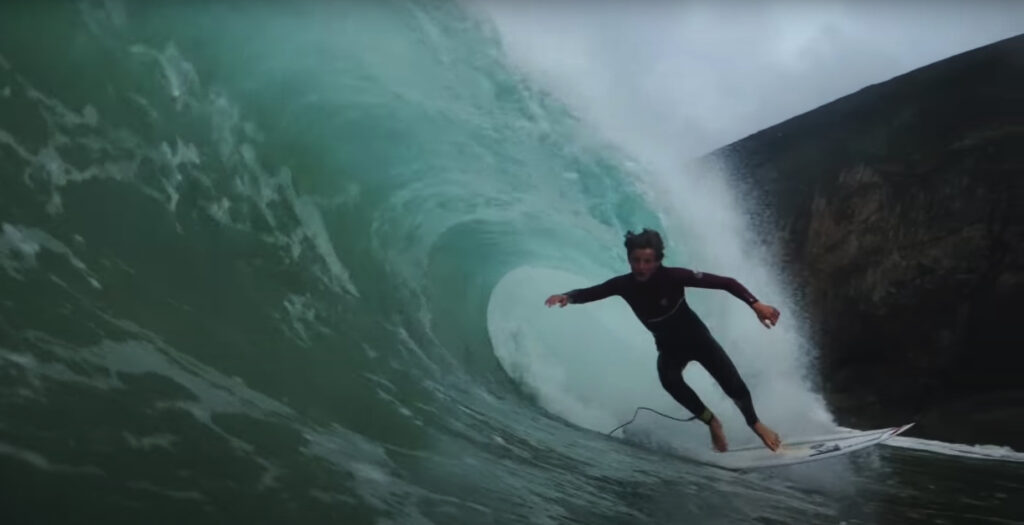 Concrete Is Harder Than Water

A short film about Lukas Skinner and his road to repair