Heavyweight parka for extended periods spent in the coldest of conditions

Scott Jackson Scott is an adventure and lifestyle photographer/creative. Passionate for visual storytelling, dedicated to highlighting inspiring humans and nature around the globe.

Heavyweight parka with substantial warmth and resistance to particularly cold conditions. With a real sense of Artic adventure, the jacket has clearly been designed with comfort and practicality in mind, whilst maintaining a somewhat minimalistic style. This however is not a jacket intended for much movement. 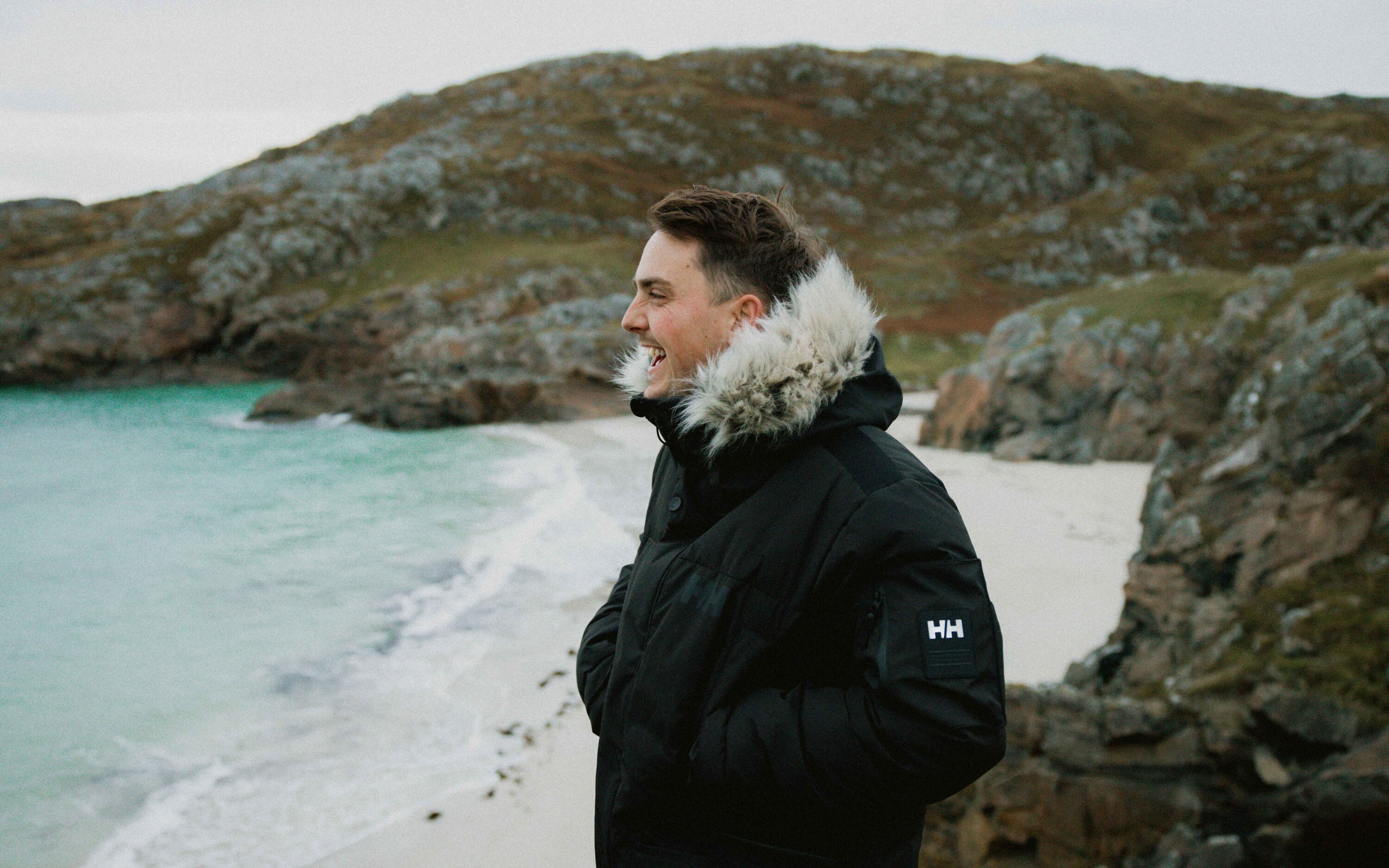 Now that winter has arrived, which it most certainly has here in Scotland, I’m really looking for something that I can use on shoots for prolonged periods of time outside. Something to offer that next level protection from the Scottish elements when I’m stood around with the camera.

Ideally I do like having some flexibility to allow for hiking and other activities but with the heavy nature of this jacket it’s not quite suitable for that purpose. What I would say is that it works perfect for extremely cold days and handles wind, rain or snow with no issues. I was also looking for something that I can wear about the city or to outdoor events in the winter. For this,  (as long as it is cold enough) the jacket fits the bill.

Obviously, I’m also after a jacket that offers  plenty of protection against the cold but also just looks good. This parka is one of the nicest I’ve worn. 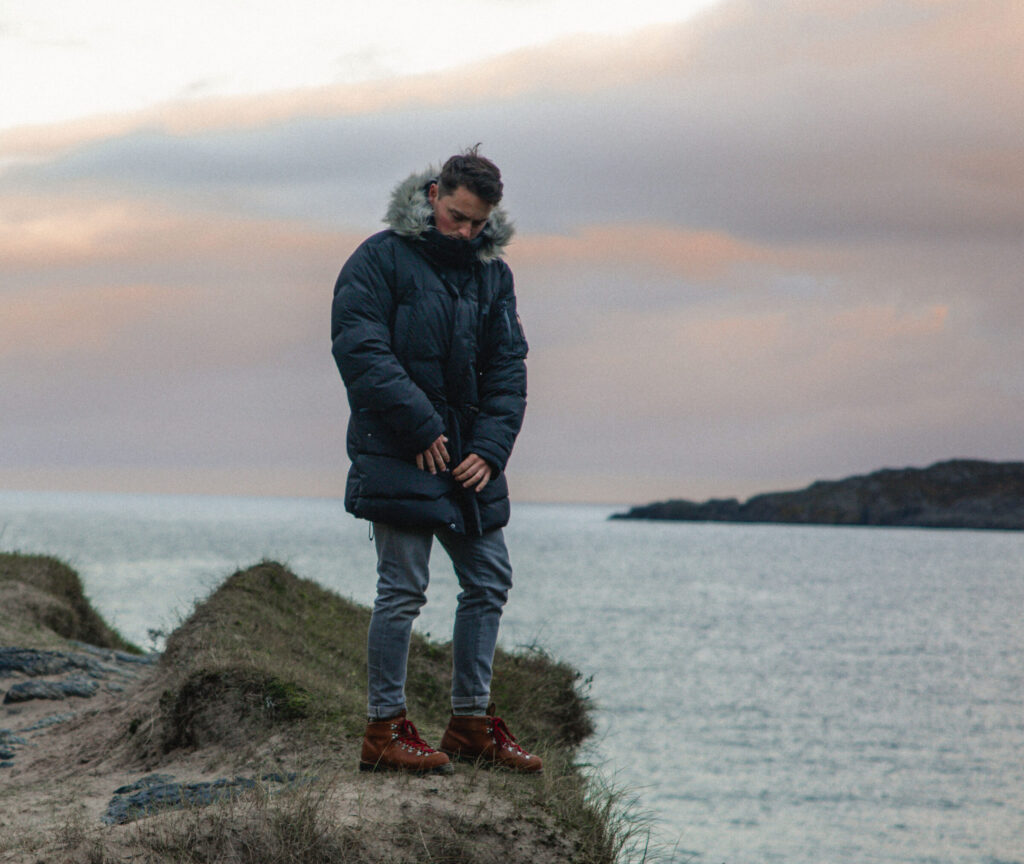 This thing is huge. It’s big, bulky and heavy but it does look amazing. Putting it on, it feels very comfortable and supremely warm. It’s so thick, it offers great protection against the Scottish elements.

The faux fur offers that distinct Arctic adventure aesthetic. The branding is very subtle which I really like and putting it on felt like a warm tight hug from a very large Scot.

I used this on two locations, one for which was pretty perfect. The other, not so much.

The first was sunrise on a Scottish beach far on the west coast in October. It was about 1ºC, and the wind was particularly sharp with lots of exposure to the elements. I walked around with it on, exploring the coast and it was the perfect jacket. The hood allowed for added protection as I was wrapped up tight, with zero discomfort against the weather despite a few hours in the wild – it also felt bloody cool.

The second test was a short hike to a small peak in the Highlands. Roughly 1 hour 40 to the top at around 2ºC. To be honest, the jacket was too much for this. I felt myself overheating quickly, and having to then carry it for a percentage of the journey wasn’t ideal. What I would say though is, the wind was blowing around 50-60mph on the summit but putting this jacket back on, I felt protected and somewhat invincible to the conditions.

With the ever-changing weather on a Scottish hike, I do think this jacket would be overkill, even on the summit, but then again, that’s not what this jacket is intended for.

I felt protected and somewhat invincible to the conditions 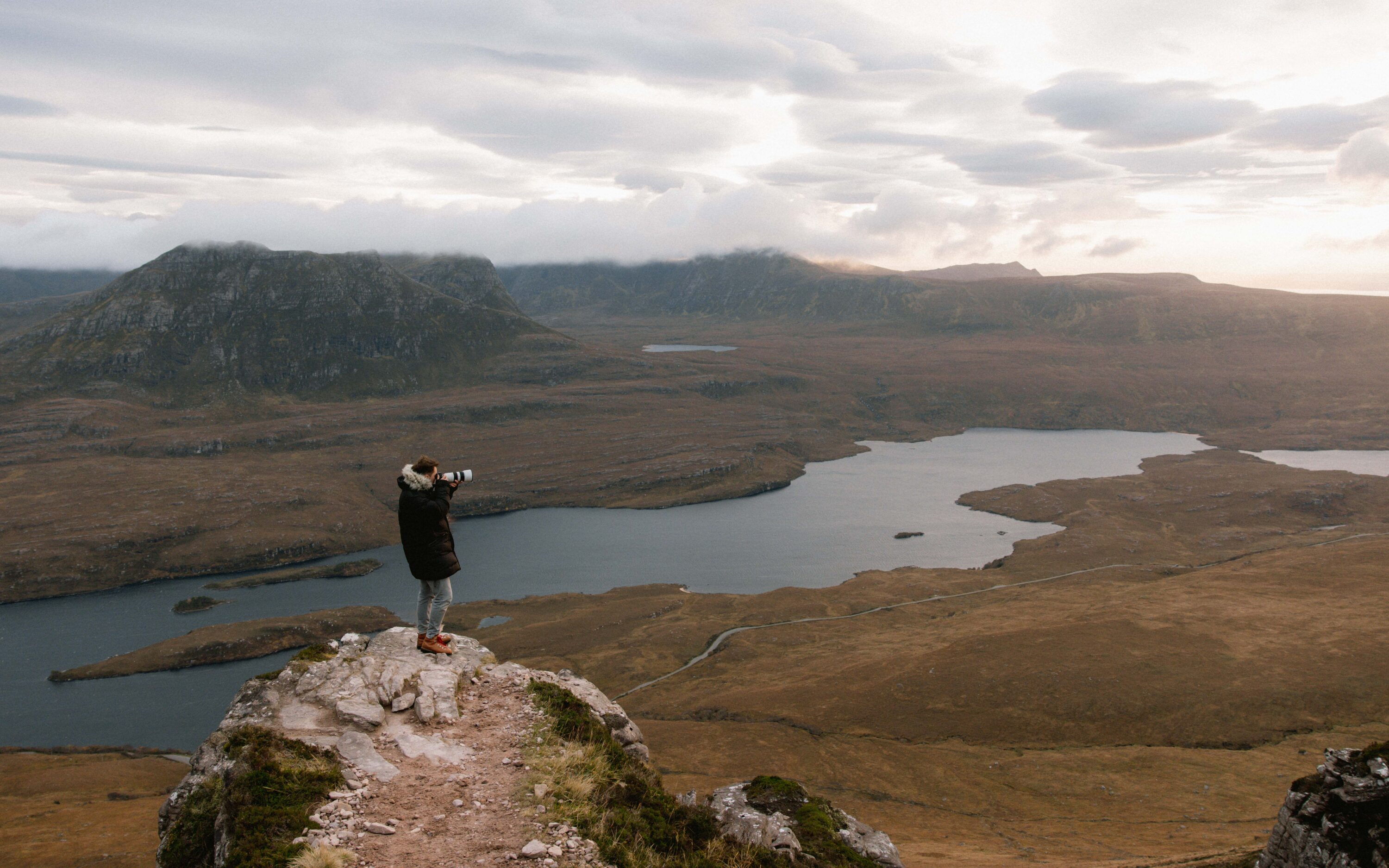 Who Is This Jacket For?

I’d say this is a great option for winter creatives who do not need to move too much and use in the city for when it gets that little bit colder. A Sunday morning in the park watching wee Jimmy play football when the park is frozen, Christmas markets with the other half perhaps.

When I say this jacket is warm, I mean it, all the above can be done with just a base layer or t-shirt with no discomfort. I had it on at -12ºC this week and again, protected me from all the elements.

It’s a great option for anyone in deep winter trips that do not require a massive amount of movement. 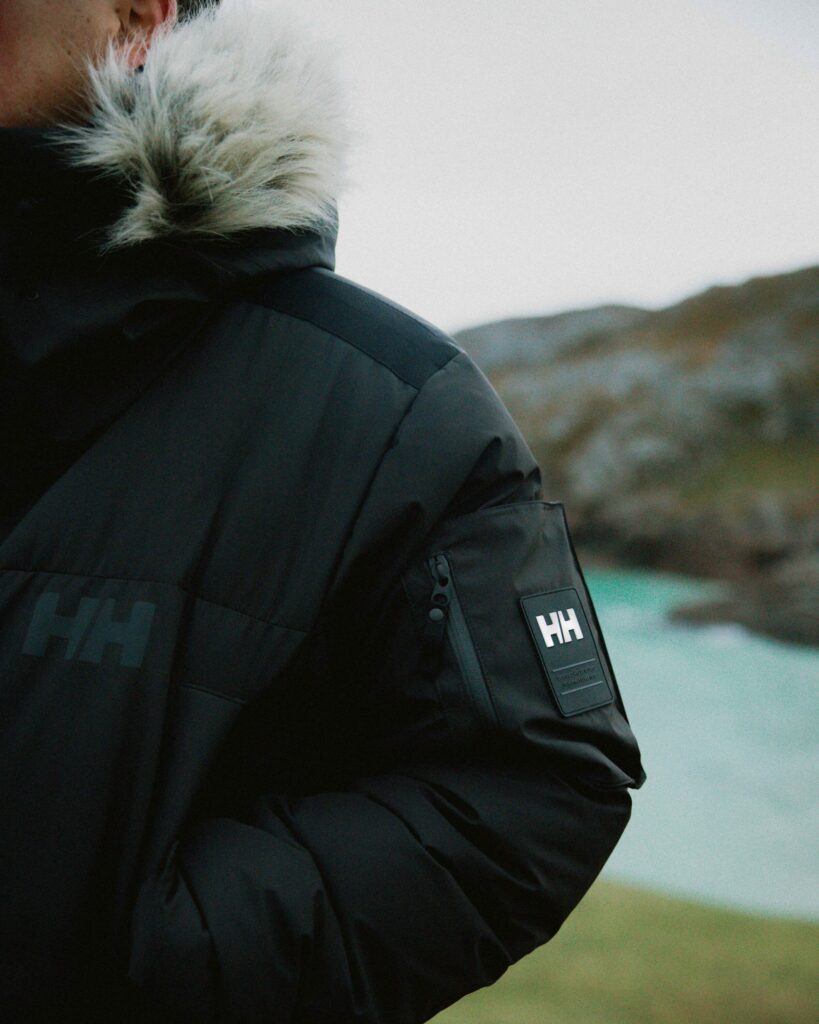 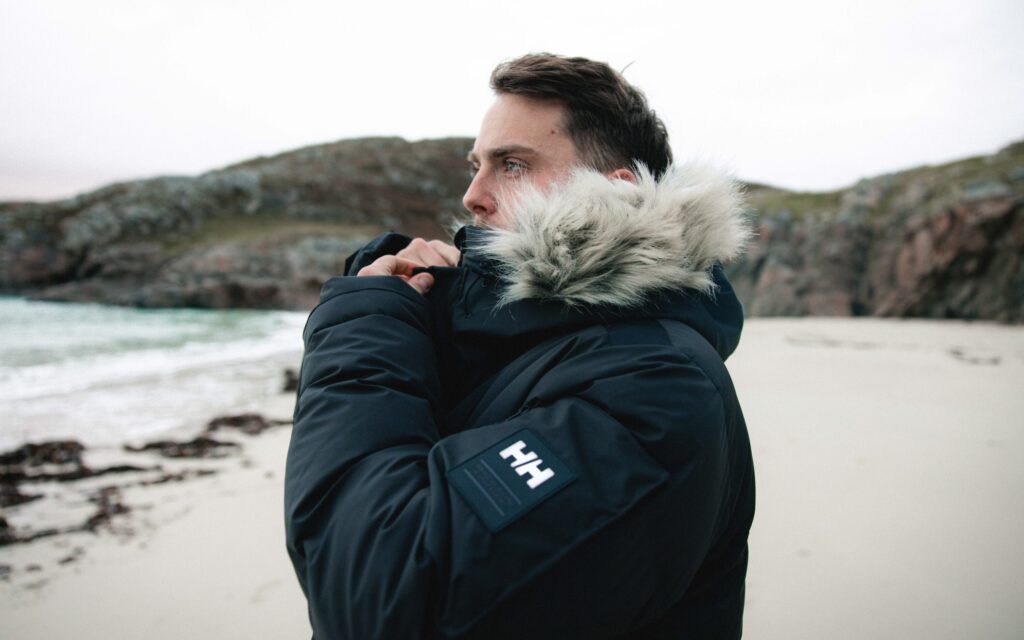 The jacket looks and feels amazing in the cold. It’s the kind of thing that makes you want to venture out into particularly harsh and cold conditions.

The duck down clearly plays a massive part in keeping you warm and it just works so well.

It is very large and bulky, but with that comes a degree comfort. It makes you feel protected and literally wrapped up when the weather gets to that horrible place. That said it’s also that extra bulk and weight that makes doing very much in this jacket pretty impractical.

Chest, hand and internal stash pockets all easily accessible make keeping your hands warm and loosing various items within the construction of the jacket pretty easy. 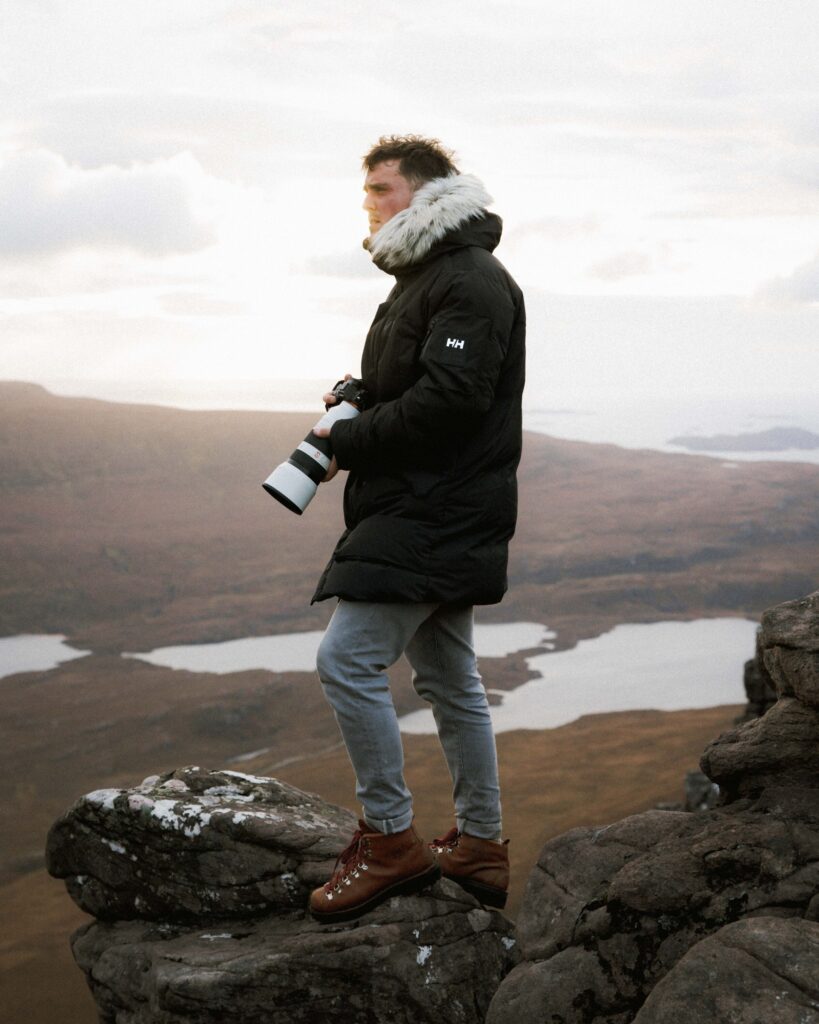 At £575, this certainly isn’t a cheap jacket, but I think it is relatively good value for money.

If you are looking for something of this standard that offers this amount of cold protection you will probably struggle to find anything much cheaper. A comparable jacket from the likes of Shackleton or Canada Goose good easily set you back twice as much.

For days out in the wilderness when the weather is a little worse for wear it is the perfect option, it protects you from that wind chill that we oh so love up here.

Is it useless for hiking? Absolutely not, but credit to the jacket I think it’s more suited for more Artic conditions if hiking, however there are more appropriate options if hiking or movement is your priority. As a jacket that I can put on and know that I don’t have to worry about the weather, something I can stick in the car for shoot days to make sure I have that ‘worst case’ cover or just something that I know will have my back when the weather doesn’t, it’s ideal.