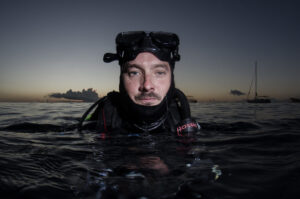 Will Appleyard Diver, mountaineer and climber Will communicates his passion for adventure through his photography and writing and is the author of several books. 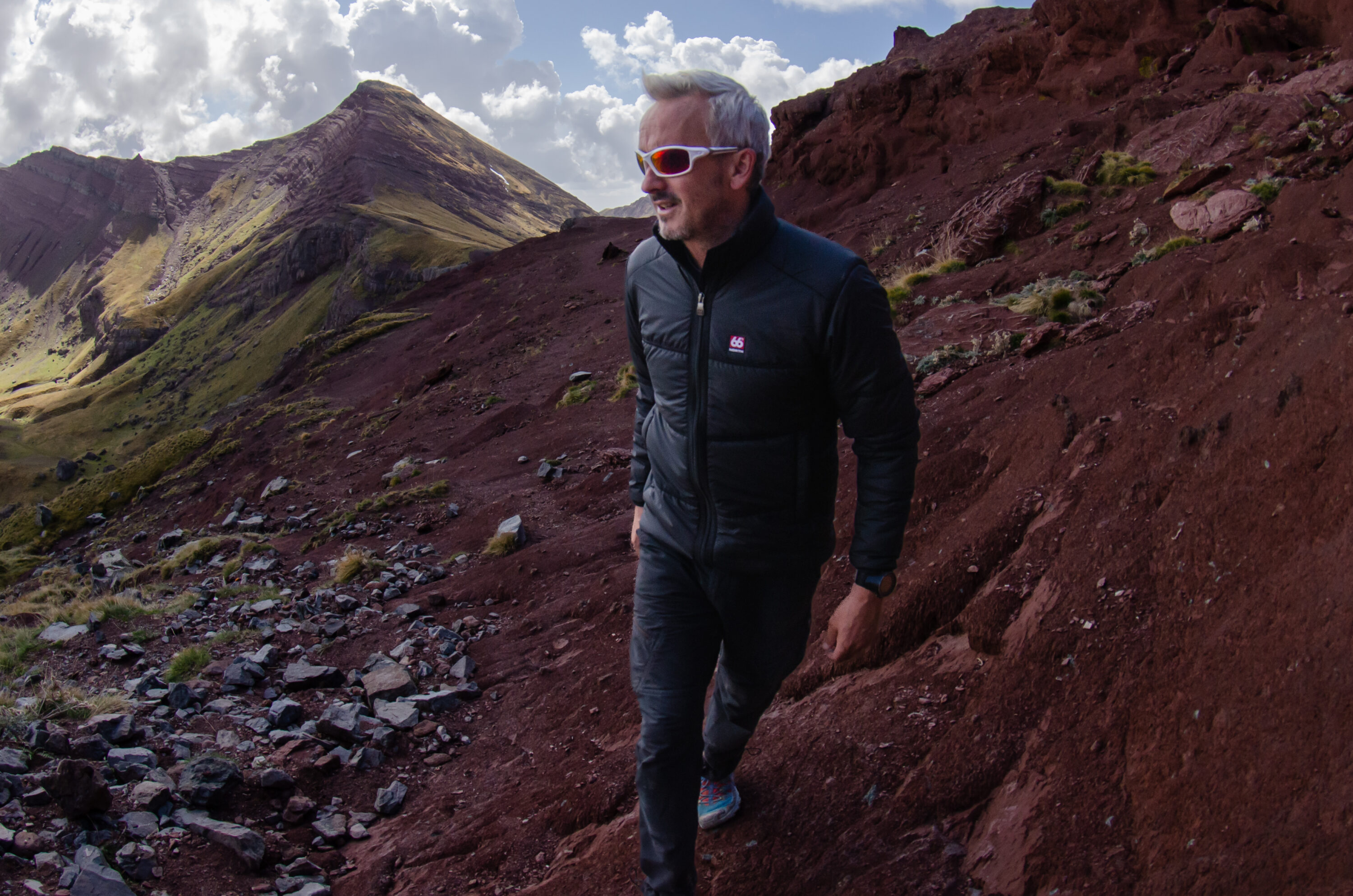 A considerately cut, sustainably made insulated jacket for use in mild to cool temperatures on the hill. The Vatnajökull jacket from 66º North is versatile enough to be worn as a stand alone or under a hardshell waterproof jacket when in more demanding conditions. A bit pricey, but also looks pretty sharp worn as a streetwear item. 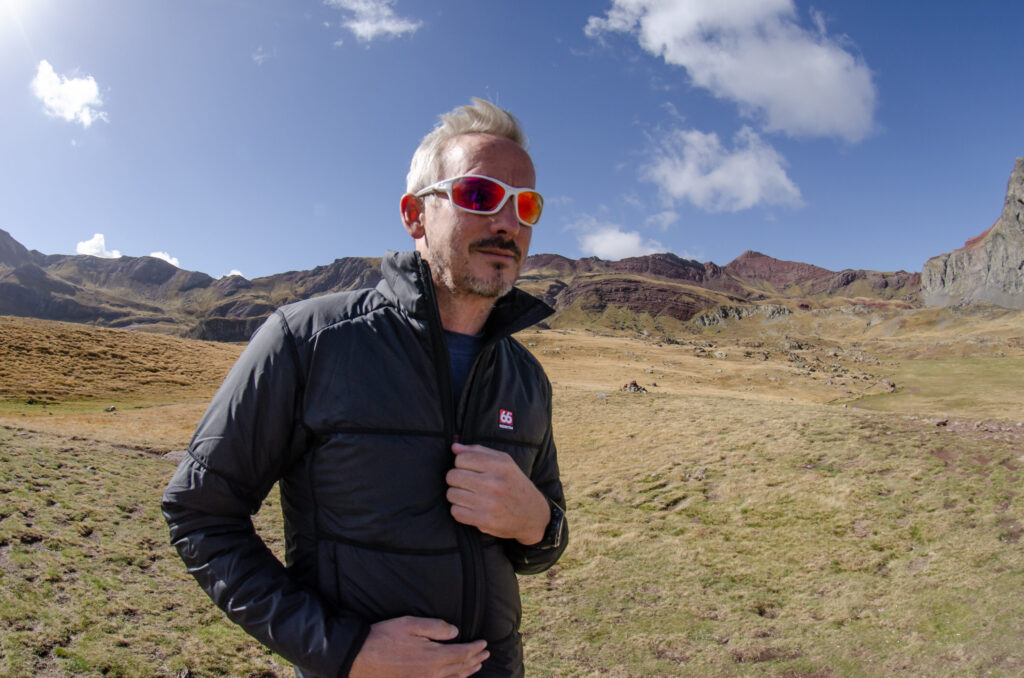 I do have a bit of a jacket problem. Not to the point where I continue to needlessly keep buying jackets, but through years in the outdoors, I have acquired quite a pile of assorted outer garments in various condition, dating back a decade or more.

Almost all of them, perhaps except one, have hoods. That’s my go-to. Apart from outer-ski and rai wear, my insulated collection pretty much consists entirely of down, from light weight packable jackets to heavily filled super warm for the really cold days and nights. I tend to opt for bright colours too – red, light blue or bright green appears to be my pallet of choice.

While I have a thing for down, I always try to buy ethically from brands that claim their down is cruelty free. After-all how much do we really know about where the insulation is sourced from? Using synthetic insulation, it’s great to know the Vatnajökull comes cruelty free.

Named after Iceland’s largest glacier, the Vatnajökull jacket is not filled with natural down feathers, but instead with Power fill from Polartec. The garments tag tells us that this has been produced from 100% post-consumer recycled plastic bottles. Great!

As soon as I slid it on, the very first thing I noticed was its incredible fit. I guess I fall in to the category of standard sized male. I’m 178cm tall and try to go for a size small when buying jackets, tops and t-shirts. The cuffs sit exactly where I want them to be, the seam on the shoulder does the same and under arm, its perfect. I often find jackets come up a little long on me, but the Vatnajökull sits perfectly on my waist too. It’s cut ever so slightly longer at the back also, preventing that annoying feeling of it riding up when wearing a backpack.

The quality of the stitching also really stands out – it looks well-built and I think that it could take a decent beating over time.

The very first thing I noticed was its incredible fit 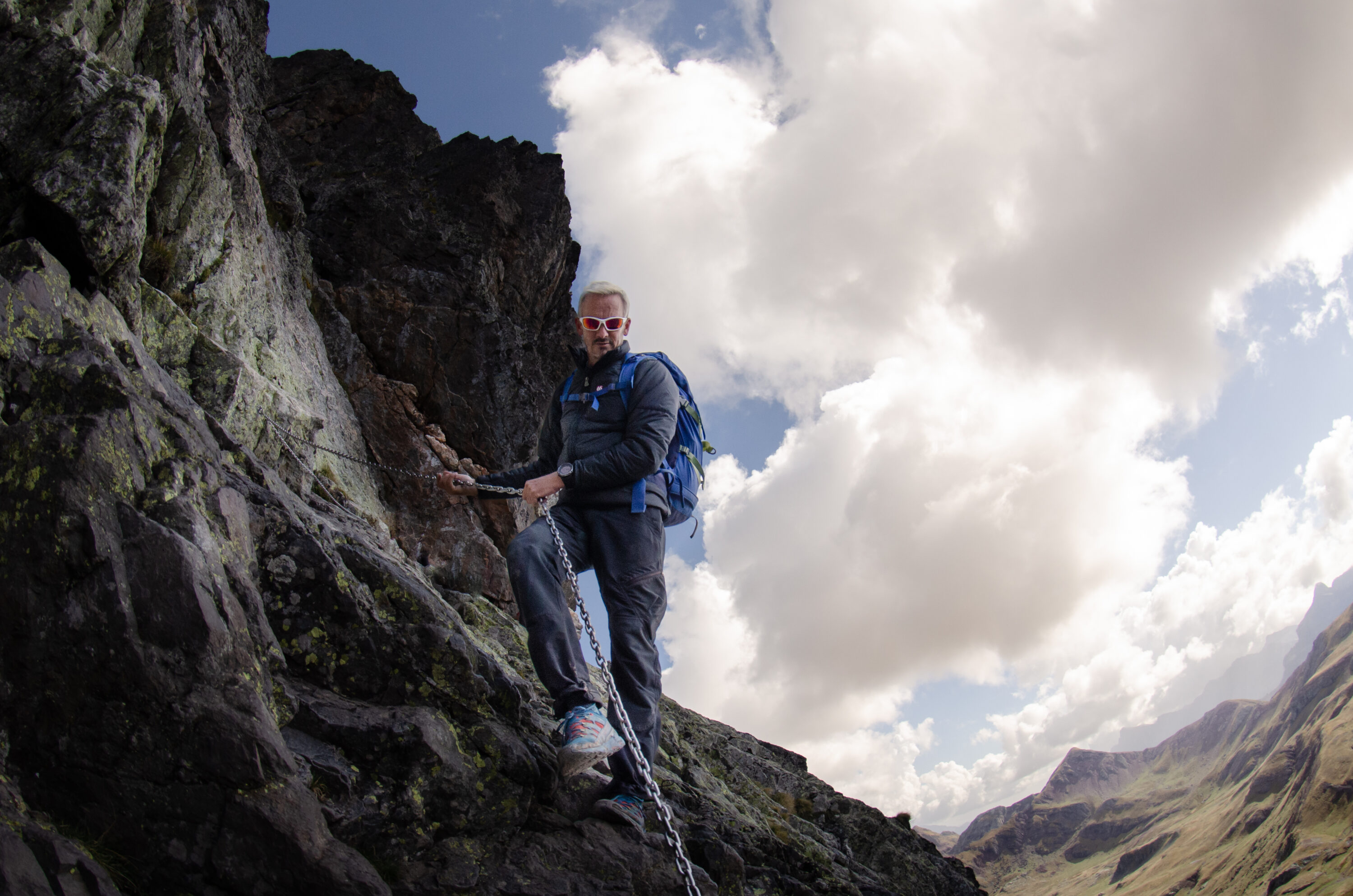 I live in Andalucia, Southern Spain these days and at the time of writing (mid-October), the temperature in the south was still hanging around the 25-28 ºC mark during the day. This would not have been fair territory to test an insulated jacket I didn’t think. And so, off to the north of the country I went – to the Spanish Pyrenees. Here, with autumn in the hills, the days and nights were cooler and the temperature continued to fall as we ascended into the mountains.

We headed for Anayet a 2545m peak with a 2-3 hour rising valley approach to the base where a 1-hour scramble to the summit then begins. We stopped for a break before the ascent. Up to this point we were wearing just t-shirts. A cool breeze had begun to blow, now being well past 2000 metres with and having removed my pack, the sweat on my back quickly began to feel fresh. Vatnajökull jacket – it’s time.

With just the t-shirt on underneath it, the jacket took the edge off that sweaty chill as we moved higher. The sun came and went, one minute behind the building clouds, then next on our backs again. It was one of those days where nailing the right combination of layers was a constant challenge. But I kept the jacket on as we moved higher, not feeling as though I was overheating.

From 9ºC on the rocky summit of Anayet, to 23ºC in the valley, the Vatnajökull was tested across a pretty good range. Not quite cold enough atop the peak for anything more than a lightly insulated jacket but hardly t-shirt weather either. The temperature range suited this jacket perfectly.

A top the summit the wind was stiffer and well, I certainly wasn’t cold. We ascended and descended a scrambling line with fixed chains in place on the exposed parts. The item got a good scraping on the way up and on the down climb, especially on the elbows and sleeves, yet the material didn’t flinch against the rough rock.

The jacket wears well under an outer-shell, but for ultimate warmth when required, I like to wear both a down hood and an outer-shell hood at the same time – my head then ensconced within both down and waterproof cosiness. I would miss that with this hoodless jacket. Without the hood though, wearing a camera slung across me, it was far easier to remove the camera quickly for a shot without the strap getting tangled in the hood each time as I had got used to it doing with other jackets. Hardly a huge problem I know, but noticeably pleasing anyway.

66º North say that the Vatnajökull jacket is also water-resistant up to 5,000 mm/24 hrs; we didn’t have the opportunity to prove or disprove this part of the spec but the material being slightly shiny, does suggest that there would be some water resistance there, if only in the form of a DWR (durable water repellent) for now.

Who Is This Jacket For?

As a brand, 66º North does swing seamlessly between both streetwear and adventure clothing, which as we know, seems to be the flavour across the market. It’s a challenge faced by many of today’s brands in the outdoor space as they try to strike the right balance. For me 66º North have nailed this, as for sure, the Vatnajökull jacket equally suits both the hipster and the hill. 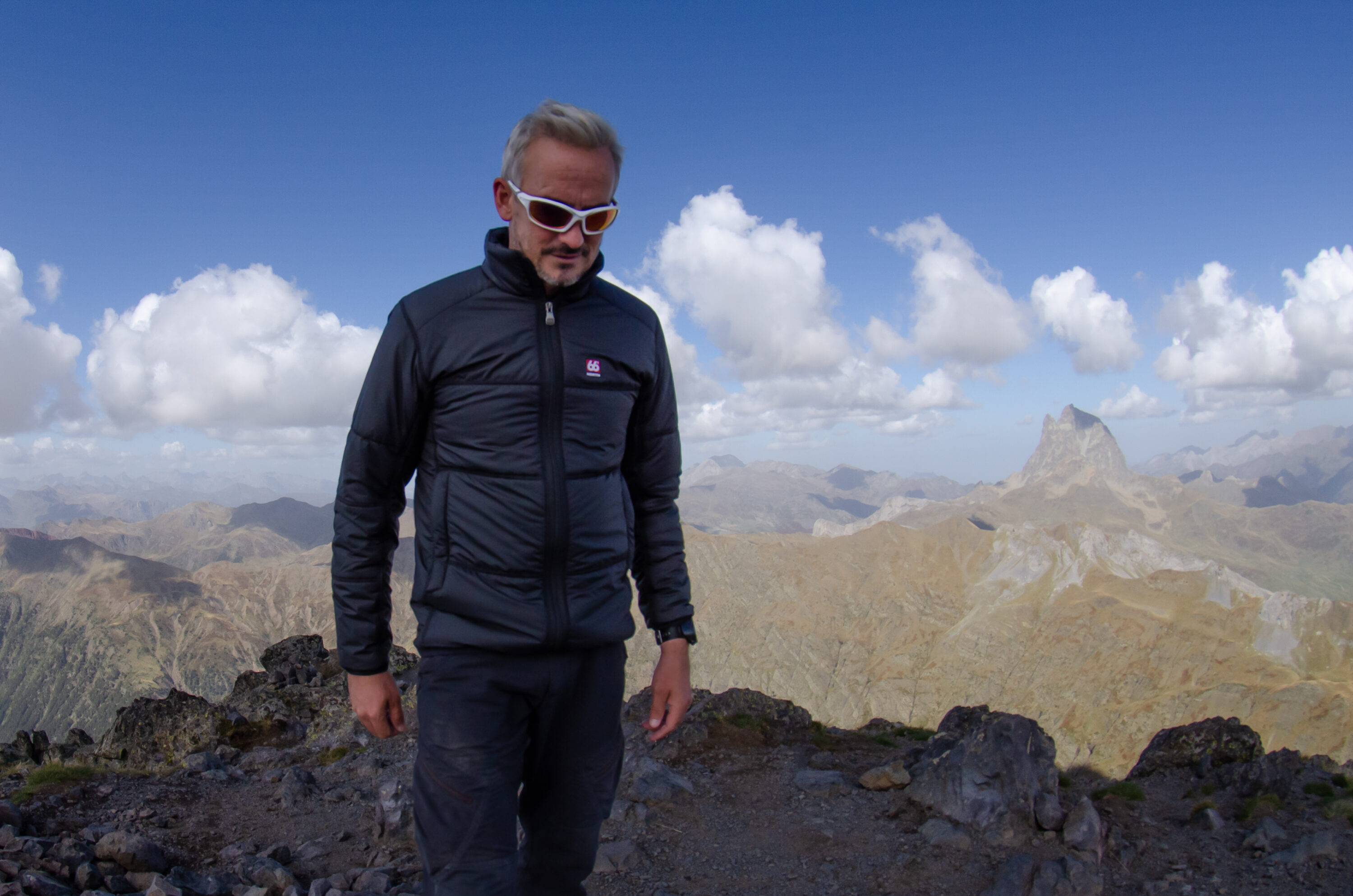 Alongside the aforementioned fabulous fit and secure stitching, the collar zips up to a comfortable level and sits snug around the neck.

The outer zip pockets fall quite deeply inside, meaning that if one were to leave them open with loose change or keys inside, the items should not roll out. There are also two inside zip pockets. Nice.

The fact that its insulation is made from recycled bottles is awesome. Huge thumbs up for that.

The jacket I have been testing is black, available on the online shop, is also an orange or a blue version. I’m a sucker for a bright colour, but it must be said, the black version does go pretty well with a pair of blue jeans in the pub. 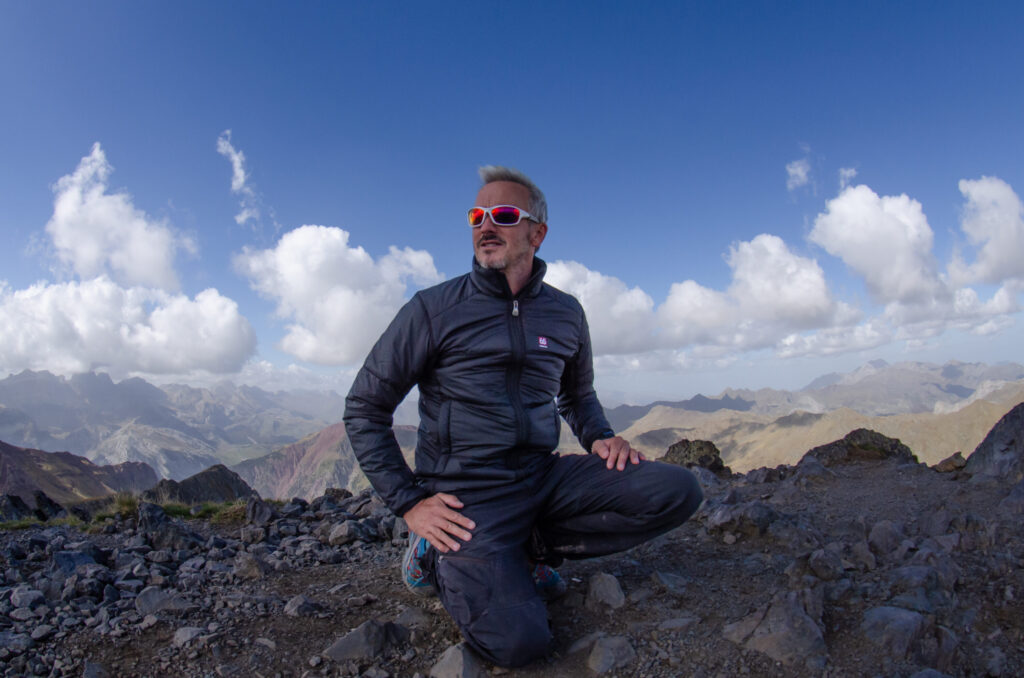 On the 66º North website, this jacket is listed at a whopping 295 euros / 250 pounds. Personally I’m only used to parting with that kind of money for a jacket offering much more insulation. They do offer free shipping on orders over 150 euros though, so I guess that’s something. But as a nod back to my earlier ramblings about the quality of this jacket’s construction, I can almost see why it does have a rather lofty price tag. Almost.

I have certainly paid less for more in the past, so I’ve sliced a star off for that, but perhaps this is also the cost of a brand equally conscious of fashion as it is it’s ethical practices?

I could wear this jacket on the mountain with or without an outer-shell, but personally I do prefer a hood for days on the hill. It would work for me on the boat or in the air – paragliding on a mild day for example. But it makes a great everyday jacket – not constrained to the hill or high street. 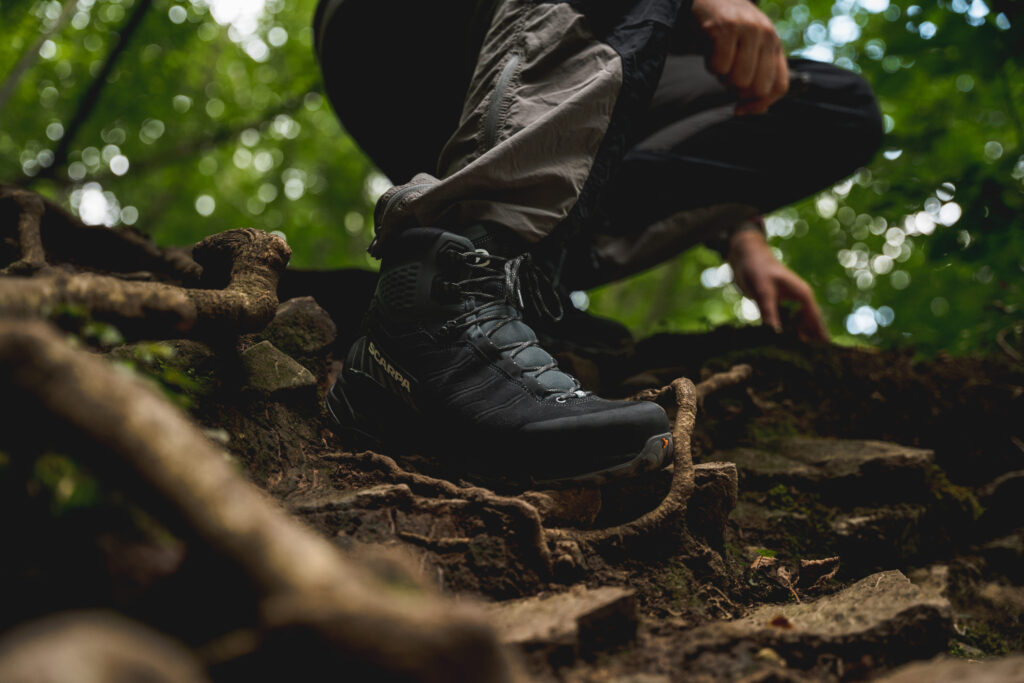 Strong, supple and grippy - these three-season boots hold their own on UK hills 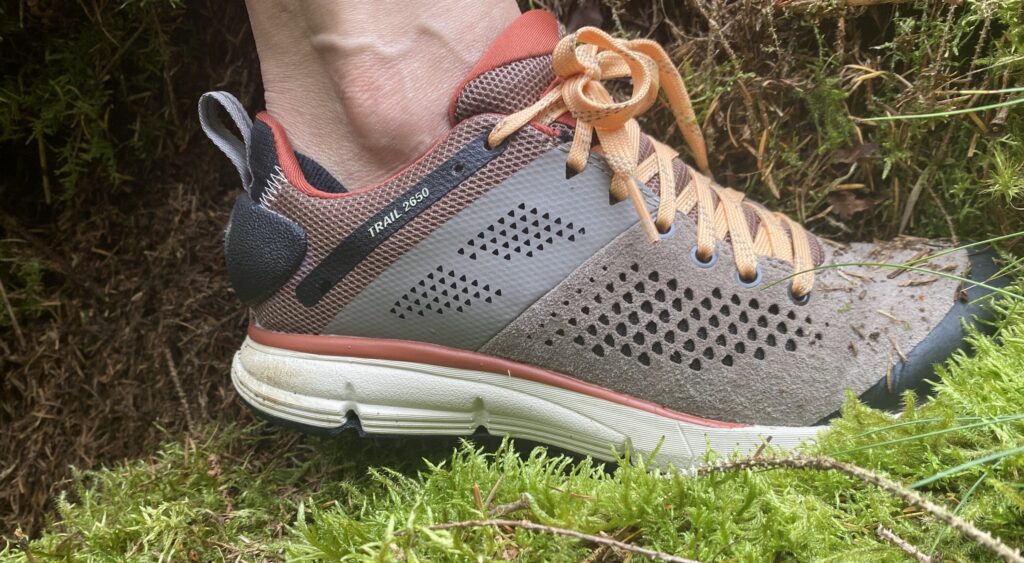 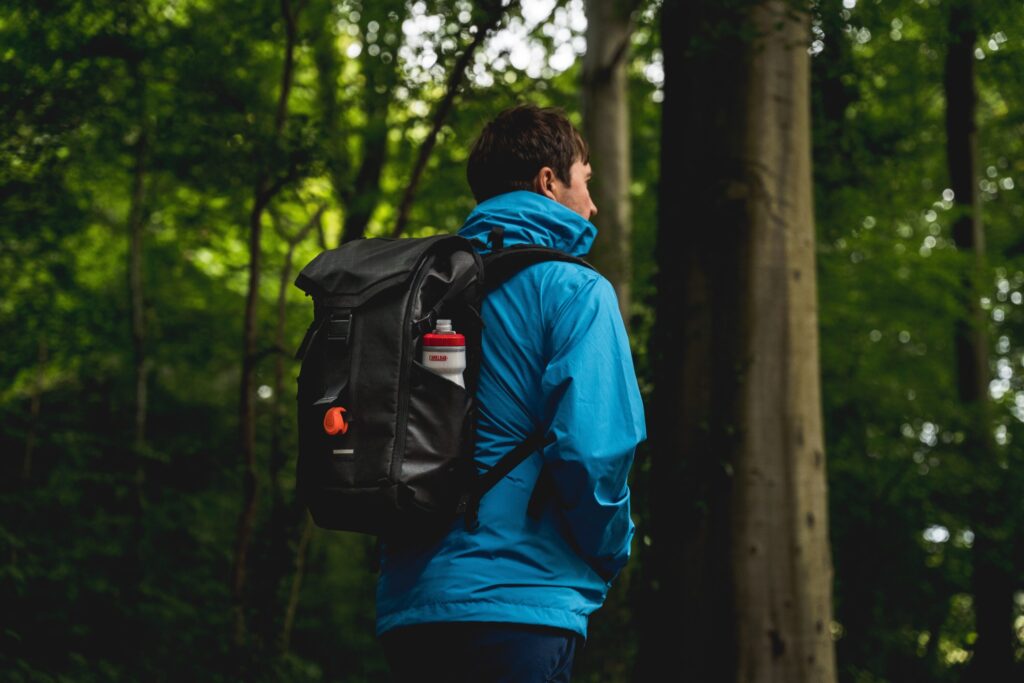 A versatile, sleek, modular backpack for the tech-savvy and creative adventurer