Fly fisherman and a fish activist, Jasper Pääkkönen is also one of Finland’s most recognisable film actors – we sit down to discuss the current state of fly-fishing today

First and foremost a fly fisherman and a fish activist, Patagonia ambassador Jasper Pääkkönen is also one of Finland’s most recognisable film actors — an asset he does not hesitate to use to bring attention to critical fish-related issues in his home country. Many of Jasper’s public campaigns have led to concrete changes in Finland’s fishing laws and regulations.

We catch up with the fly fisherman to find out what he’s been up to and how he sees the sport and community changing. 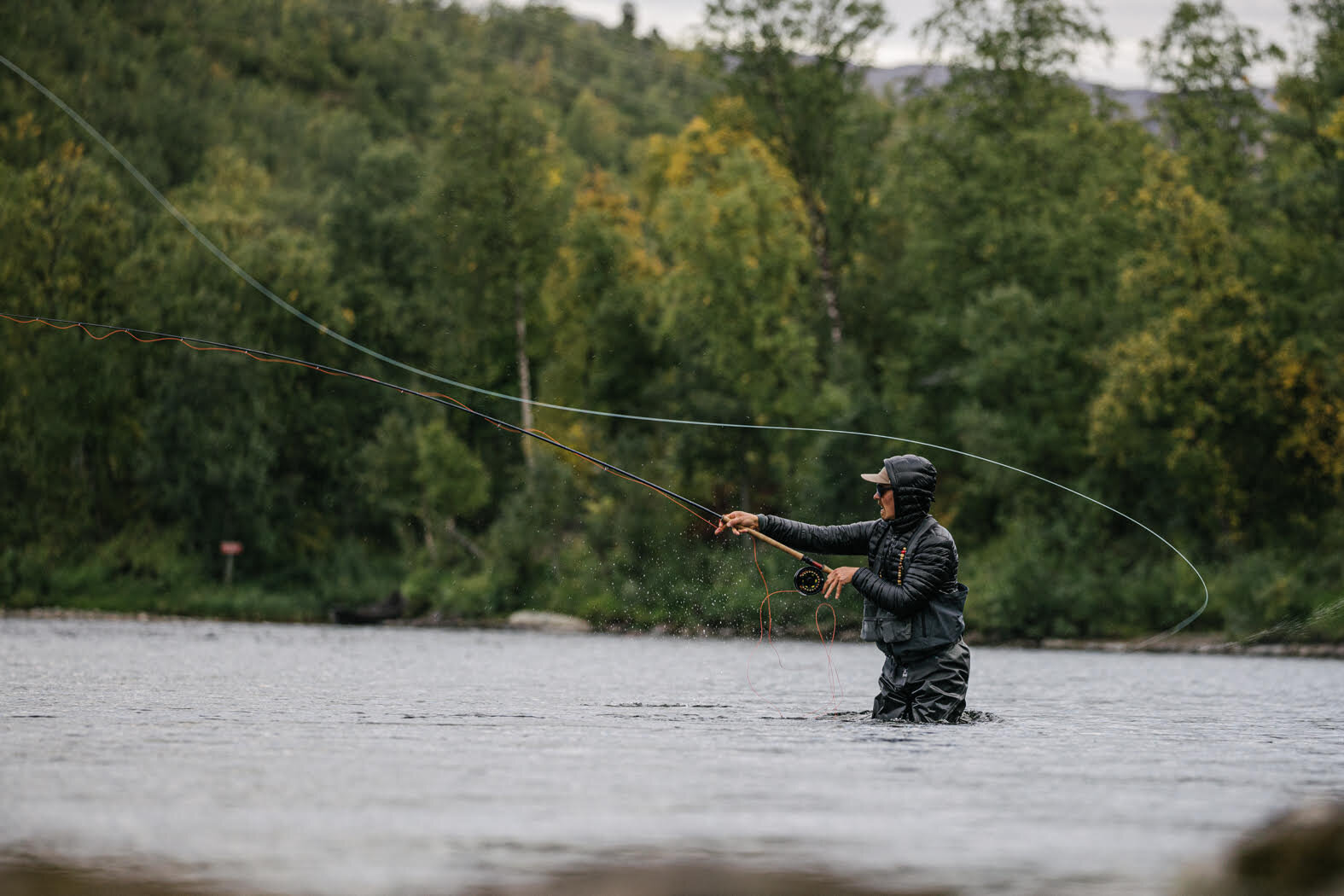 You fish and work all over the world, but this year, like so many people, you’ve had to stay close to home. What has that been like, with no travel plans to distract you?

The pandemic meant I did a lot less fishing because many of my planned trips were abroad. I had three weeks booked on the Kola Peninsula in Russia, and a week planned in Cuba, so all of that was cancelled. Instead, I’ve been spending more time at home this summer, fishing for perch, and now that the water is getting colder, I’ll start fishing for pike on fly, which I haven’t done in maybe in a decade. So it’s been a great time for me to reconnect with those fish and that part of fly fishing.

So this period has reminded you of what your home waters have to offer.

Yes. Finland has some incredible pike waters, but in recent years my salmon madness took over from that. Now that travel is almost impossible, I’m able to tap back into something else I love – fly fishing for Northern Pike.

An unfortunate fact is that Finland’s trout and salmon populations are in such terrible shape that I have to travel to Sweden, Norway or Russia to access prime fishing for those species. And right now, travel to Sweden and Russia is impossible. Luckily, I can still travel to northern Norway to fish for salmon and there is a lot to satisfy me at home too.

How has your home fishing community reacted to this year’s events?

Firstly, it’s been incredible to see how many new people have found their way into fly fishing. Some have literally started it from scratch as a completely new hobby, and there are also people who previously fished with conventional tackle but who are now moving onto fly fishing.

At the start of Covid, I spoke to a manufacturer who was terrified about the impact on their business – that it might be the end of their company. They thought people would ditch fishing immediately. But, in fact, the opposite happened. People had time, they weren’t able to travel abroad, and, all of a sudden, they had to look for things to do within Finland, and new ways to explore and be in nature. Fishing was one of those options, and it just brought a massive number of new fishermen to the sport, which is fantastic. To an extent, this has been a dying sport for some time now. It’s been incredibly hard to get new generations into fly fishing and each year the community has gotten older and older. But now, here in Finland, we’re seeing a surge of new people from all different age groups getting started – which is just great. 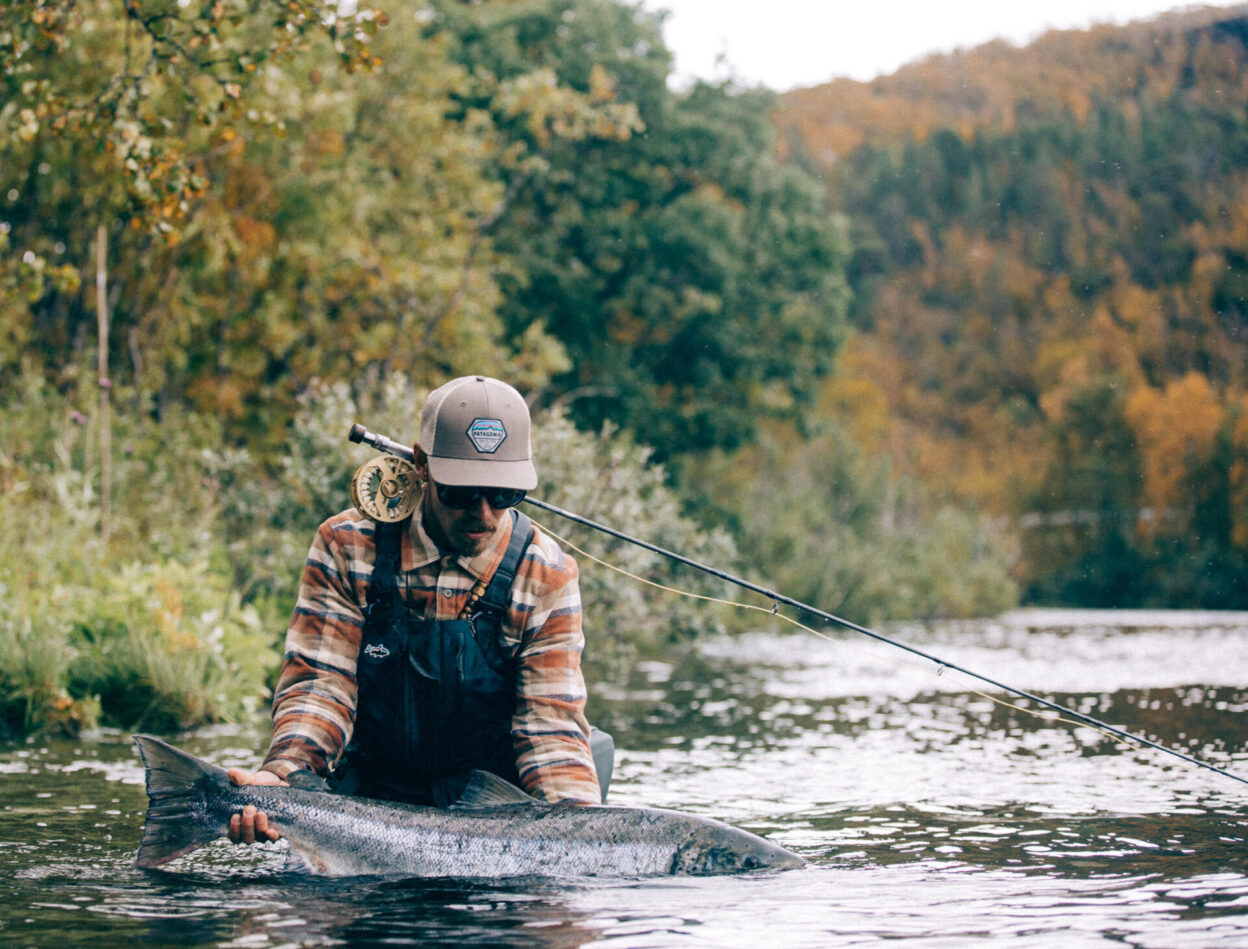 Now, much of the country understands that something which destroys whole rivers, fisheries and ecosystems cannot be ‘clean’, ‘green’ or environmentally friendly

Do you think this surge in popularity might bring with it a raised consciousness of the threats to fish, wild spaces and rivers, as people engage more regularly with them?

Absolutely, and part of the reason is that, for the last decade or so, there has been a lot more discussion and acknowledgement from within the existing fly fishing community about depleted fish stocks. Anybody coming into the sport now will be presented with that from the beginning.

When I started fishing, we just didn’t have that. Back then, in the ‘80s, a truck would arrive from a hatchery and just tip fish into a river. When the fish ran out, you would just literally add more fish. However, since then we’ve become much more aware of what needs to be done to sustain this sport and the places in which we do it. Anybody arriving on the scene now has the information about why conservation is important from the start.

As a Patagonia ambassador and an activist on environmental issues, you have been at the forefront of bringing an awareness to the fly fishing community, worldwide. Do you think that this community is becoming more educated on environmental topics, beyond caring about the fish we want to catch?

People are now aware of the threats that exist to rivers. In the case of Finland, the main threat is hydropower. In the past, many people felt hydro electricity production was a positive thing, but now much of the country understands that something which destroys whole rivers, fisheries and ecosystems cannot be ‘clean’, ‘green’ or environmentally friendly. It is, in fact, incredibly damaging. This is particularly well known among people who fish because they are the people who depend on free-flowing rivers, healthy fish and healthy, functioning ecosystems.

You mention that fly fishing’s popularity is growing, and that younger people are coming into it. Do you feel that the balance of ethnic diversity within the sport is shifting at all in the process?

It’s clear that fly fishing is still a predominantly white sport. However, just during the last few years – and maybe through social media documenting the spread of fly fishing – I feel like I’ve seen more diversity on the waters. Every time I see a fisherman or woman of a different skin colour, it brings a smile to my face. But, at the same time, it’s so conflicting. I’m aware that I shouldn’t have to feel happy when I see a black fly fisherman because the colour of their skin should not even be a consideration – but the sad reality is that it is.

We still have so far to go for this not to be an issue, and what’s happening all over the world proves that – especially in the US, where the Black Lives Matter movement began. You would think that things like structural racism would not even exist anymore, but to some extent it’s a bigger problem now than it was 10 years ago, because of the current state of politics in many countries. 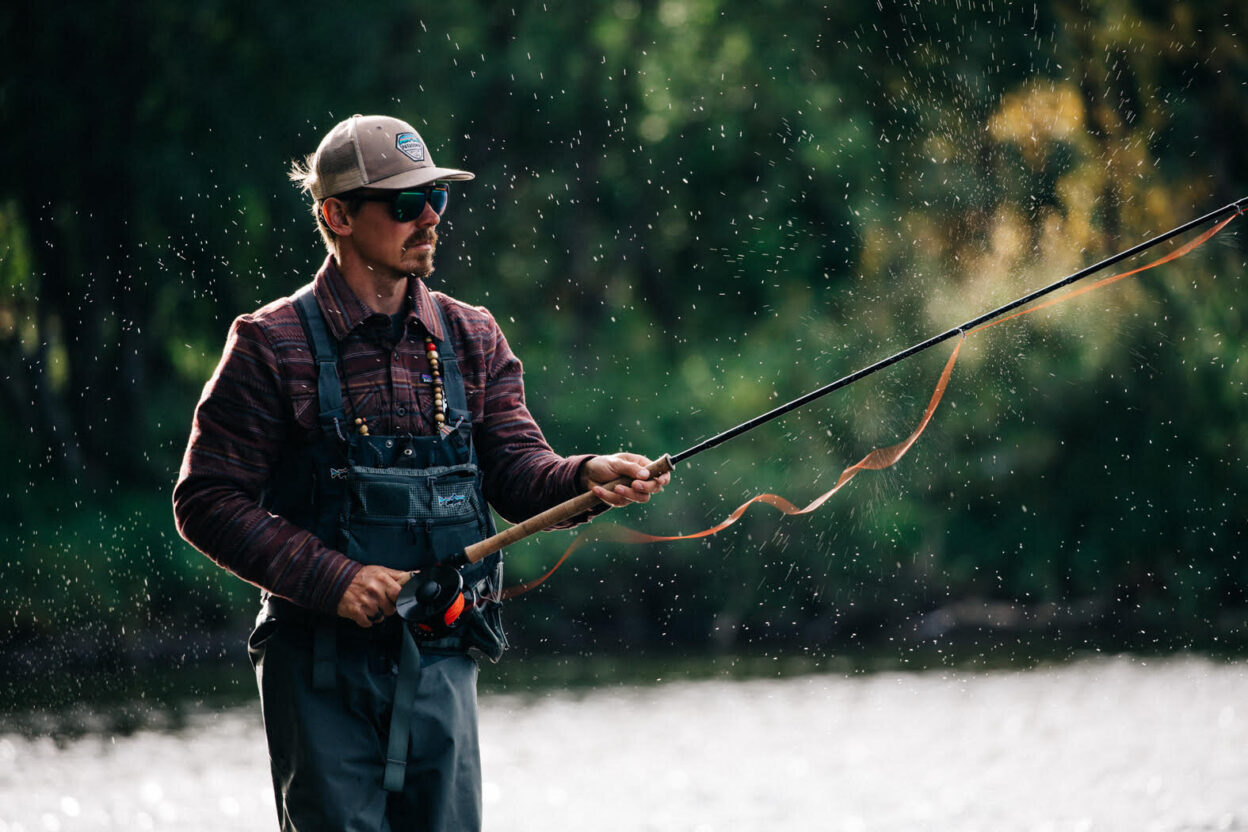 One of the barriers to entry for people of colour in the outdoors is geographical, with people often living in urban areas away from wild spaces. In light of that, do you think fly fishing could represent a way into the outdoors for people coming from a city environment?

Absolutely. If I take my own home waters as an example, I live in Helsinki, which is surrounded by lakes and the Baltic Sea. There is a tremendous amount of opportunity to successfully fish close to the city. In early spring we have brown trout, then pike and perch, and this movement of urban fishing, which I’ve seen happening in a number of cities, is gaining more popularity and momentum. It is now ‘a thing’ to catch a fish in large cities of developed countries – many of which have water running through or around them – and so surely fly fishing can become accessible to a broader range of people.

You don’t need a salmon river or a remote trout stream to enjoy it either, you can catch other fish on any body of water, so the potential is huge for people to get into this sport and the outdoors.

Another element to prevent people taking part in outdoor sports is the cost involved. What message do you have for those who are interested in getting into fly fishing but worried they need expensive gear?

It doesn’t have to be an expensive sport. I’ve helped a few of my friends pick out gear and get into fly fishing recently. For a few hundred Euros they have been able to pick up a beginner set, which I myself, even after 30 years of fishing, would be very happy to use. These kits are accessible, and will last for years, so it’s a relatively small investment to enter this sport if people want to get involved.

Find out more about the fight to protect wild fish and what you can do to get involved.