Whilst out fell running in the Lake District in January, 26-year-old Tommy Price survived a hypothermic cardiac arrest after his core temperature dropped to 18.8°C, he was clinically dead for around three hours.

The runner was assisted by Keswick Mountain Rescue team who gave life-saving medical aid on the hill, despite Tommy showing no signs of life and shocks from a defibrillator proving ineffective.

Tommy is now planning to run the London Marathon in order to raise funds for the heroic team that saved his life. 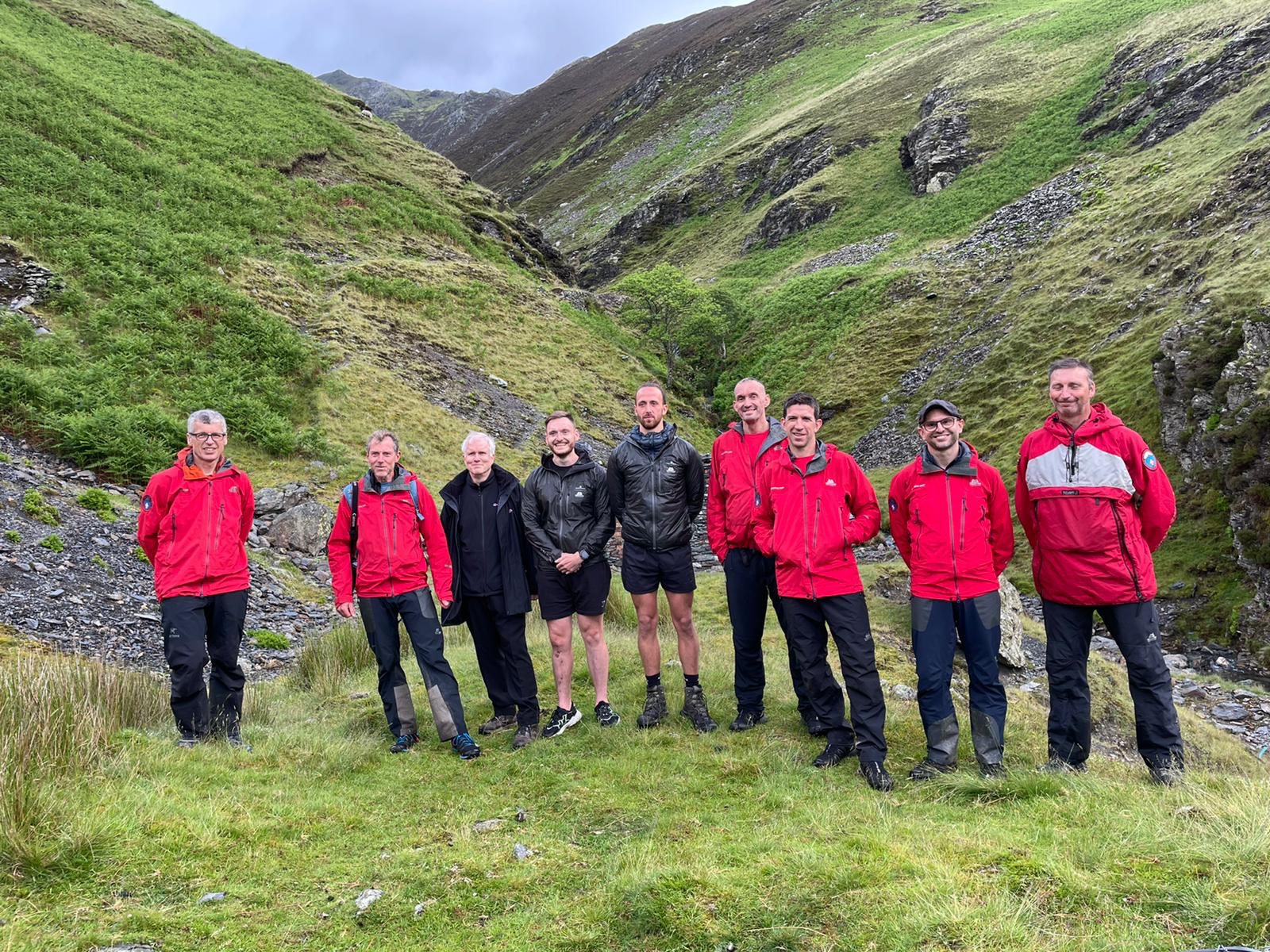 Tommy recently met with the some of the Keswick team members on the ridge where he was found. © Keswick Mountain Rescue

On the 6th of January 2022, on only their second callout of the year, Keswick Mountain Rescue Team were called to assist a fell runner whose companion requested help after the man had what was described as a ‘delirious episode’ during a recce run for a Bob Graham round. The pair were descending well-known Lake District fell Blencathra via a steep ridge when Tommy Price, 26, could no longer continue. Tommy’s friend Max got Tommy into an emergency survival bag and quickly descended to the valley to call for help.

Keswick team responded swiftly, anticipating the severity of the situation and highly suspecting a hypoglycaemic, potentially hypothermic runner, owing to the freezing conditions, strong winds and sleet on the hills. The team climbed swiftly to Tommy’s location, only to find the survival bag empty, folded up, and weighed down with stones. 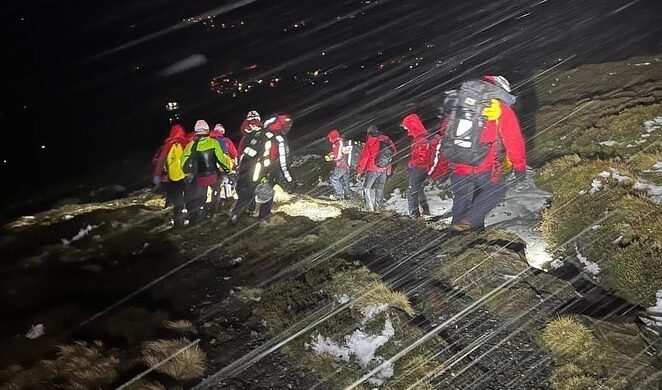 Tommy was expertly winched from the ridge by Coastguard helicopter in challenging conditions.

Despite the fact that to all appearances the man was lifeless, current medical guidelines and our team training tells us that a casualty is not dead until they are warm and dead.

Tommy was located a little further uphill from where he was originally left, facedown and showing no signs of life. Rescuers attending the scene began CPR, with two team members rotating at regular intervals, and an urgent helicopter evacuation was requested despite Tommy’s lifeless state. In a statement on the team’s Facebook page, a spokesperson from Keswick said:

‘Despite the fact that to all appearances the man was lifeless, current medical guidelines and our team training tells us that a casualty is not dead until they are warm and dead. To that end the casualty is treated as if he were still alive.’

Another team member arrived on the scene with a defibrillator, administering shocks in an attempt to restart Tommy’s heart, but these were ineffective and he remained unresponsive. The team, including now one of the team’s doctors, began the process of evacuating Tommy to a place where he could be winched safely into a Coastguard Rescue 936 helicopter, all the while maintaining CPR as he was stretchered along the ridge. A battery-powered machine that performs chest compressions called an Autopulse was utilised, allowing for CPR to be continued as Tommy was loaded into the helicopter destined for the Royal Victoria Infirmary in Newcastle. 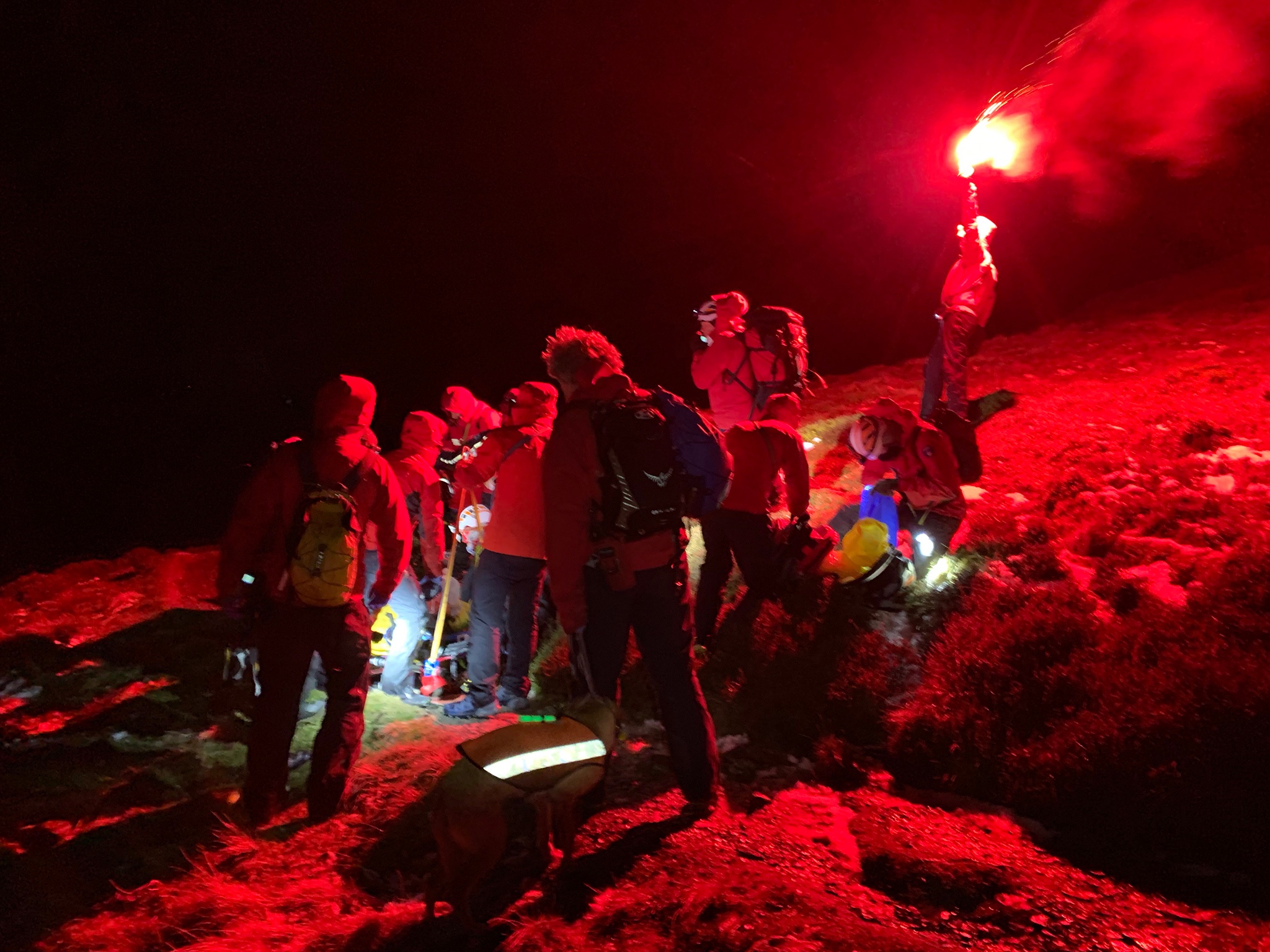 Tommy was located a short distance from where he was left, facedown and lifeless.

I was dead for between 2 hours 14 minutes and 3 hours 20 minutes. If it wasn’t for the volunteers and doctors that work for mountain rescue, I wouldn’t be here today!

In what was looking like a very grave situation for him, Tommy was ‘plugged’ into a specialist extracorporeal membrane oxygenation (ECMO) machine, which effectively removes blood from the patient and gradually warms, oxygenates it and returns it to the body. He was put into an induced coma for four days and remained in intensive care for two weeks – miraculously, and to the amazement of all the rescuers and medical professionals involved, Tommy woke up, requesting a Coke.

‘I was dead for between 2 hours 14 minutes and 3 hours 20 minutes,’ says Tommy. ‘If it wasn’t for the volunteers and doctors that work for mountain rescue, I wouldn’t be here today!’

Tommy was given manual and mechanical CPR for 2 hours 8 minutes, and was then kept alive using an ECMO machine. 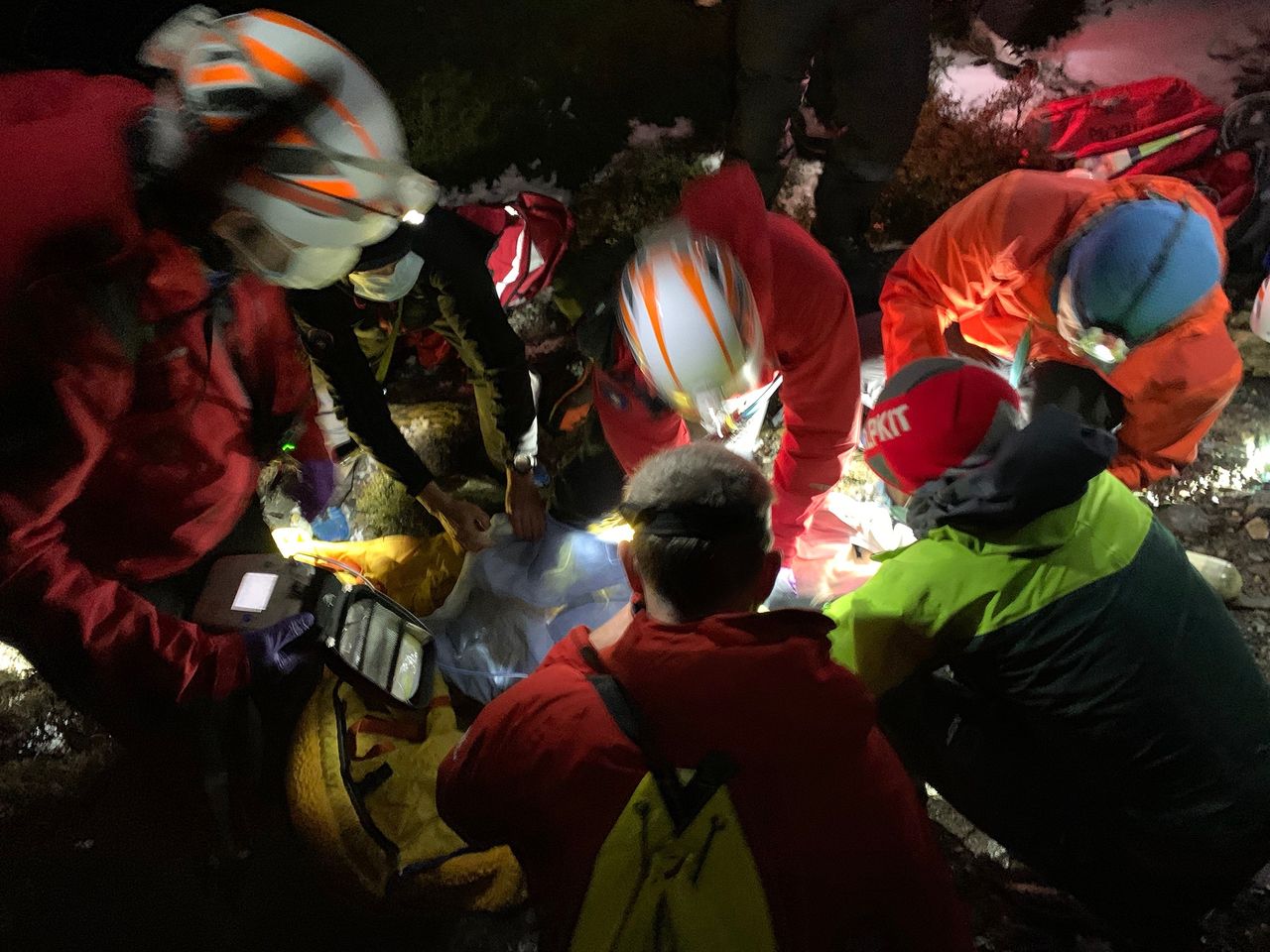 Tommy received manual and automatic CPR for over two hours.

As a result of his ordeal, Tommy has been left with nerve damage to his hands and feet but has otherwise recovered well. He plans to run the London Marathon this year and will be doing so to raise money in support of those whose swift actions and dedication to their cause meant that he lived to tell his death-defying tale, and has already undertaken a number of training runs, albeit in far better conditions.

‘I will be running the London Marathon in October to raise money for Keswick Mountain Rescue who literally saved my life with the support of Penrith Mountain Rescue, Coast Guard helicopter team and the RVI and Freeman hospitals in Newcastle,’ says Tommy. ‘I had a 2% chance of living. The elements are no joke, invest in proper gear and always do crazy events like this with people you trust.’

‘It is normal for fell runners to travel light, rapid movement creates heat that doesn’t need much in the way of clothing – this is fine when things go right. Let’s hope the story of our survivor is a wake up call for those who venture ‘lightweight’ into the hills. Spare clothing and a survival bag doesn’t weigh much but could make the difference between life and death.’ 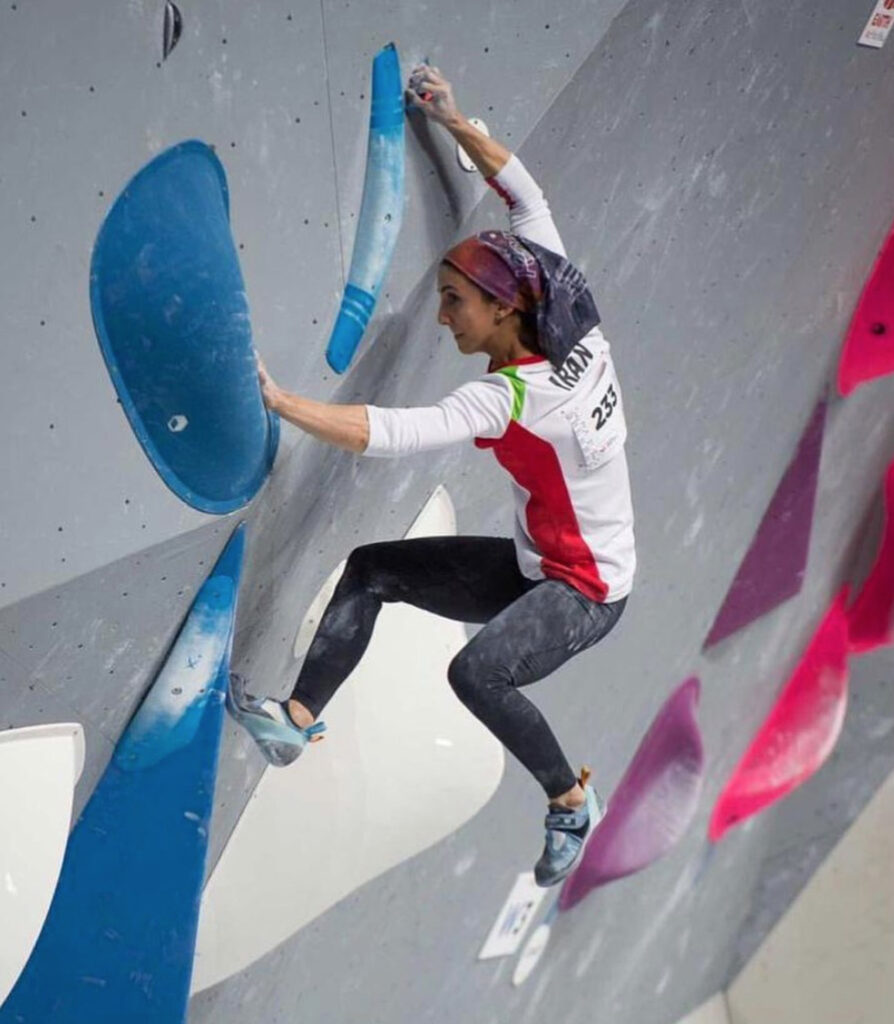