Home Gear How Hard Were Mountaineers 100 Years Ago?

How Hard Were Mountaineers 100 Years Ago?

Comparing the performance of modern VS traditional clothing on Mount Elbrus

The reasons behind the desire to climb mountains has long been subject for debate. But while many expeditions and climbs are a test of our own physical and mental barriers, for twins Hugo and Ross Turner, they wanted to shed some light on just how extreme it was to be one of mountaineering’s original pioneers. Specifically they wanted to explore the performance of the clothing and equipment systems used 100 years before them, not only how they’d hold up against today’s systems. This is the story of that expedition along with their findings from their experiment 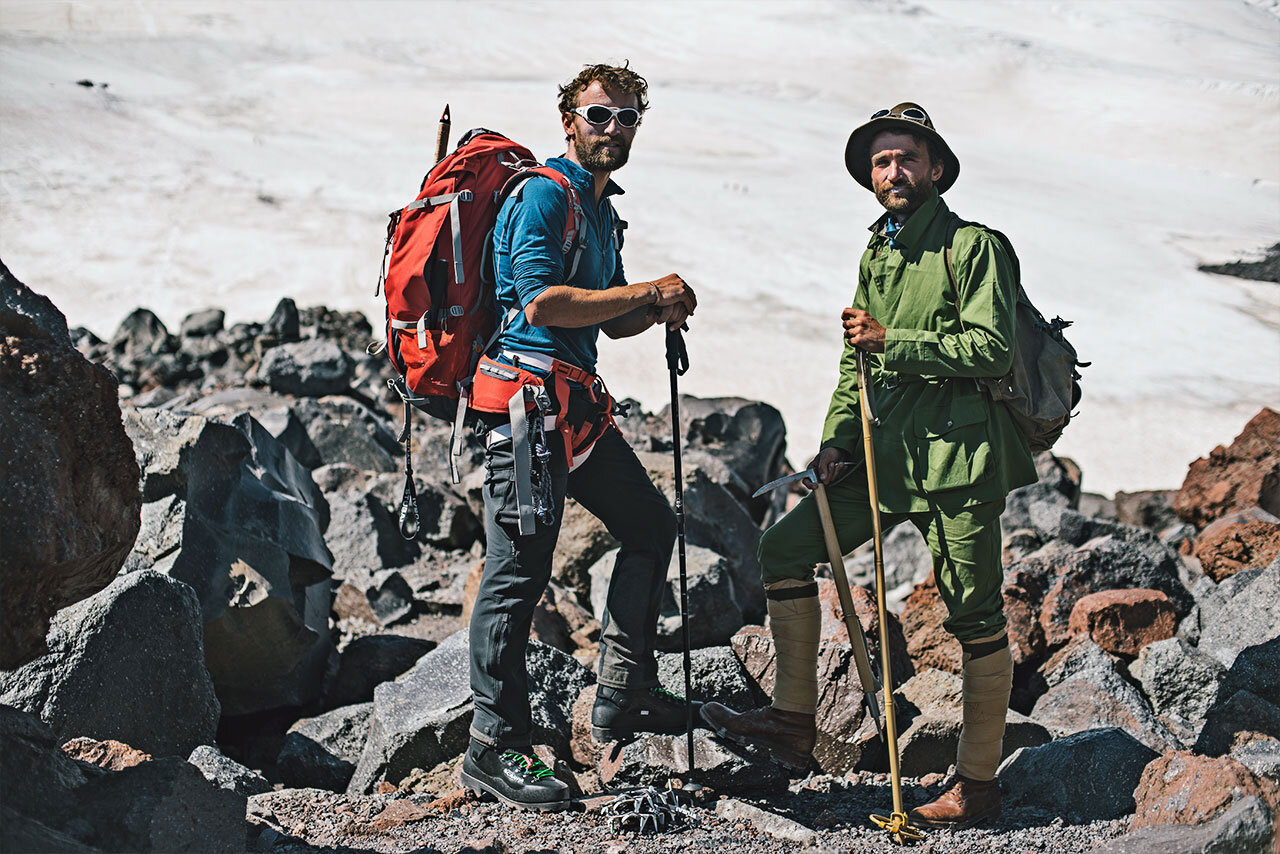 How hard was it to be a mountaineer in the glory days? We wanted to better understand how the clothing and kit used by mountaineering’s pioneers of 100 years would stand up against today’s. Specifically that used by George Mallory. So, in order to answer that one simple question, we set out to climb Mt Elbrus ( 5,642m), the highest peak in the Caucasus mountain range with the aim of comparing the performances of the traditional vs modern clothing and how that might impact on our physical and mental performance.

Ahead of the expedition, we started working with GSK’s Human Performance Lab to understand how our cognitive performance and cortisol levels (associated with stress) might be affected by the high altitude of Elbrus and the physiological effort of climbing. We’d also use this data to compare the effects of using old clothing against the modern equivalent, which my twin brother Ross would be wearing.

We’d be comparing the performance of replica clothing used by George Mallory on his ill-fated climb of Everest in 1924 against today’s equivalent. While we’d be enlisting the help of science to monitor the differences, wanting to explore the personal impacts we’d be heavily relying also on our own anecdotal experience of operating on the mountain wearing our respective systems.

In the old setup, the outer layers were made from gabardine cloth, which is a tightly woven cotton, making it windproof and breathable. Underneath, I wore a wool base layer, numerous silk shirts and a thick wool jumper. Putties wrapped around the lower leg provided the traditional gaiter and reduced snow getting down the top of the boots and the neck of the boots were lined with wool to stop snow from entering the footbeds. The boots were double layered leather from Crockett & Jones, who added hobnails to the soles which acted like small crampons on the icy slopes. Wool mittens with a waxed outer.

Setting out from basecamp, I wore the gabardine trousers and several silk shirts with a rather smart neckerchief. The day was breezy with gusts around fifteen mile per hour. Between setting off at 2,500m to high camp at 4,500m this was all I needed, even when we stopped for breaks. The windproof properties of the silk shirts and the gabardine trousers made a perfect system. Ross however, was having to put mid layers on while we took breaks to keep warm.

The traditional rucksack, albeit a little smaller than I would have wished, had a ceramic pulley system below the neck which acted as a suspension system allowing the straps and hip supports to move whilst keeping even pressure across my back. I’m genuinely amazed this system hasn’t continued in modern rucksack. 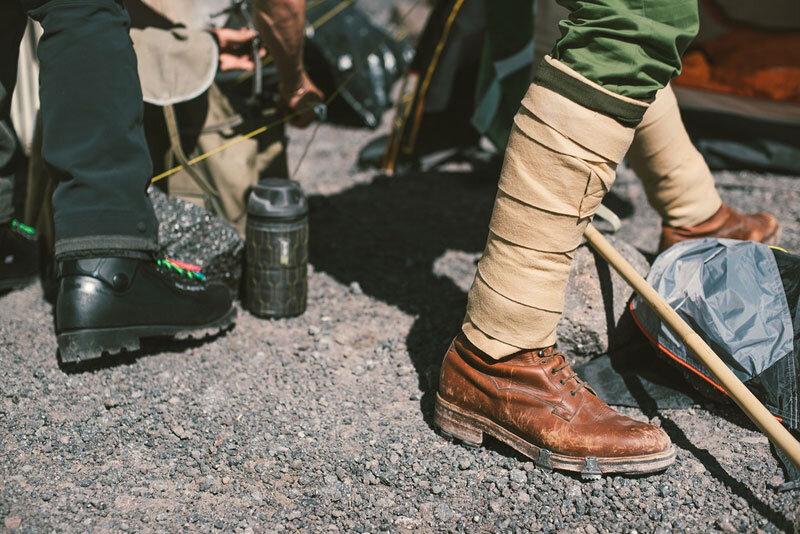 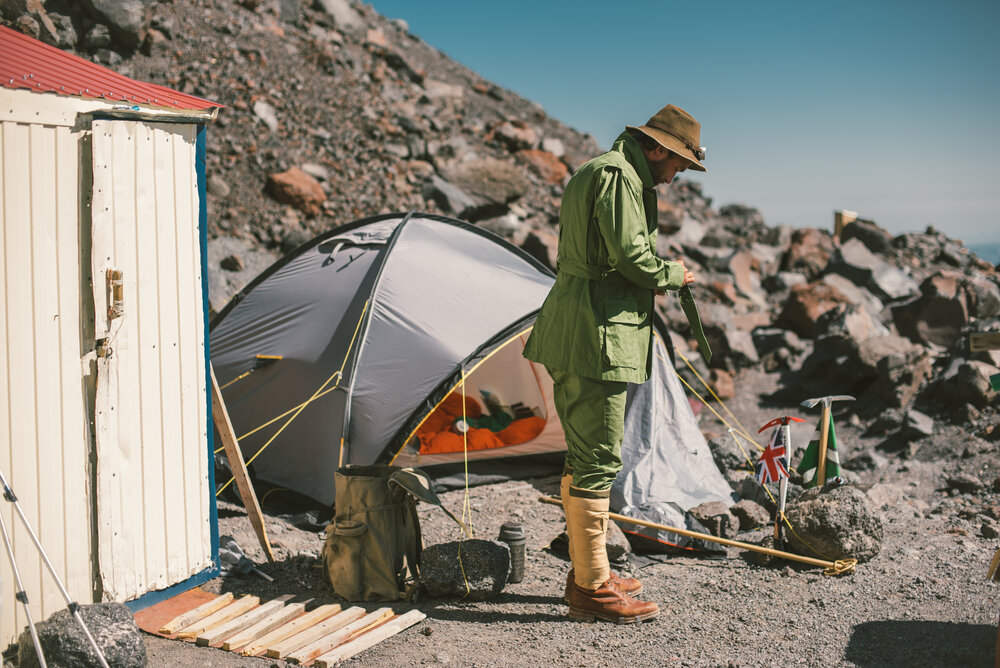 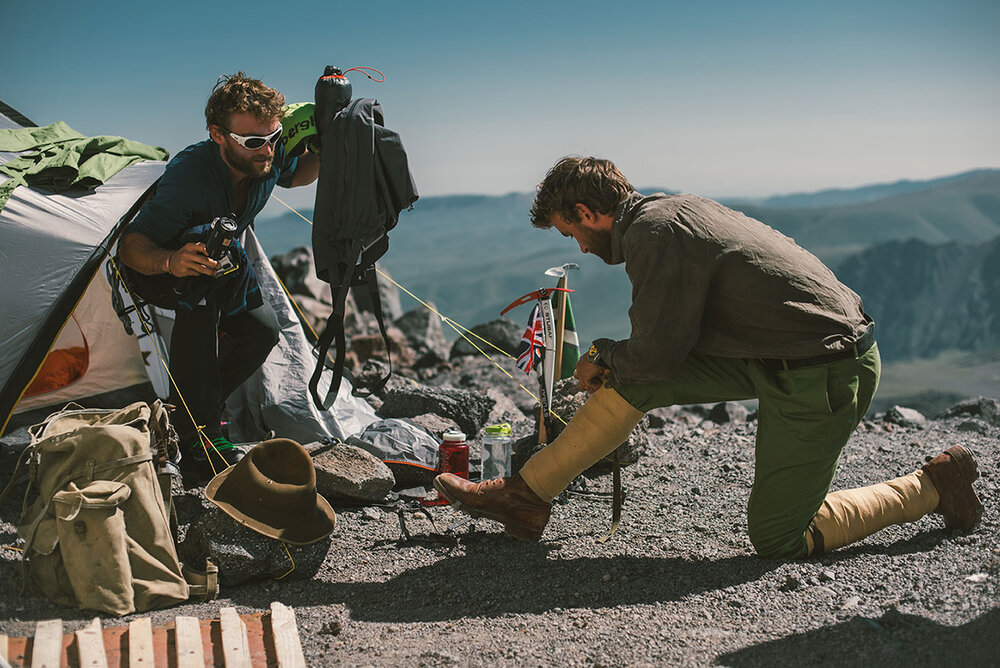 At no point had I over heated, sweated, nor did I feel uncomfortable or that the clothing wasn’t fit for purpose.

Leaving high camp a few days later – having dropped back down to basecamp to acclimatise – I set off at 11pm wearing all the layers I thought I’d need, including the wool jumper under my outer layer of gabardine. My thinking was that it was better to get too hot than too cold. The task of shedding layers would be less challenging than desperately trying to get warm.

I also managed to find a set of traditional crampons which, with their savage picks measuring about a two inches, were by any stretch of the imagination crude and basic. The crampons we gave to Crockett & Jones so they could place the Tricuni hobnails clear of where the crampon need to be. Sadly though, despite all our efforts, we just couldn’t secure them to the base of the leather boots, so I was relying instead purely on my hobnails.

Up to 4,700m as we reach the traverse to cross the glacial slopes below the summit of the west peak, the boots had been perfect. I had to remind myself that these were essentially a pair of boots designed for the high street, adapted for this purpose, but they had got me to the height of Mt Blanc.

I had also not changed my clothing system since basecamp, and that was only a wool jumper. So I was quickly learning that given the right conditions – dry, cold and not too windy, this clothing system was brilliant. At no point had I over heated, sweated, nor did I feel uncomfortable or that the clothing wasn’t fit for purpose.

I did however change into my ‘emergency’ plastic boots just below 5,000m as my feet did begin feel the cold, and from here on there’d be no option to stop and change them. So, I did a quick change into my plastics, put my leather boots in my rucksack and continued up the mountain.

Ross was wearing a lightweight down jacket designed for activity, Gore-Tex jacket and trousers with plastics boots, which all unsurprisingly delivered on their promises. 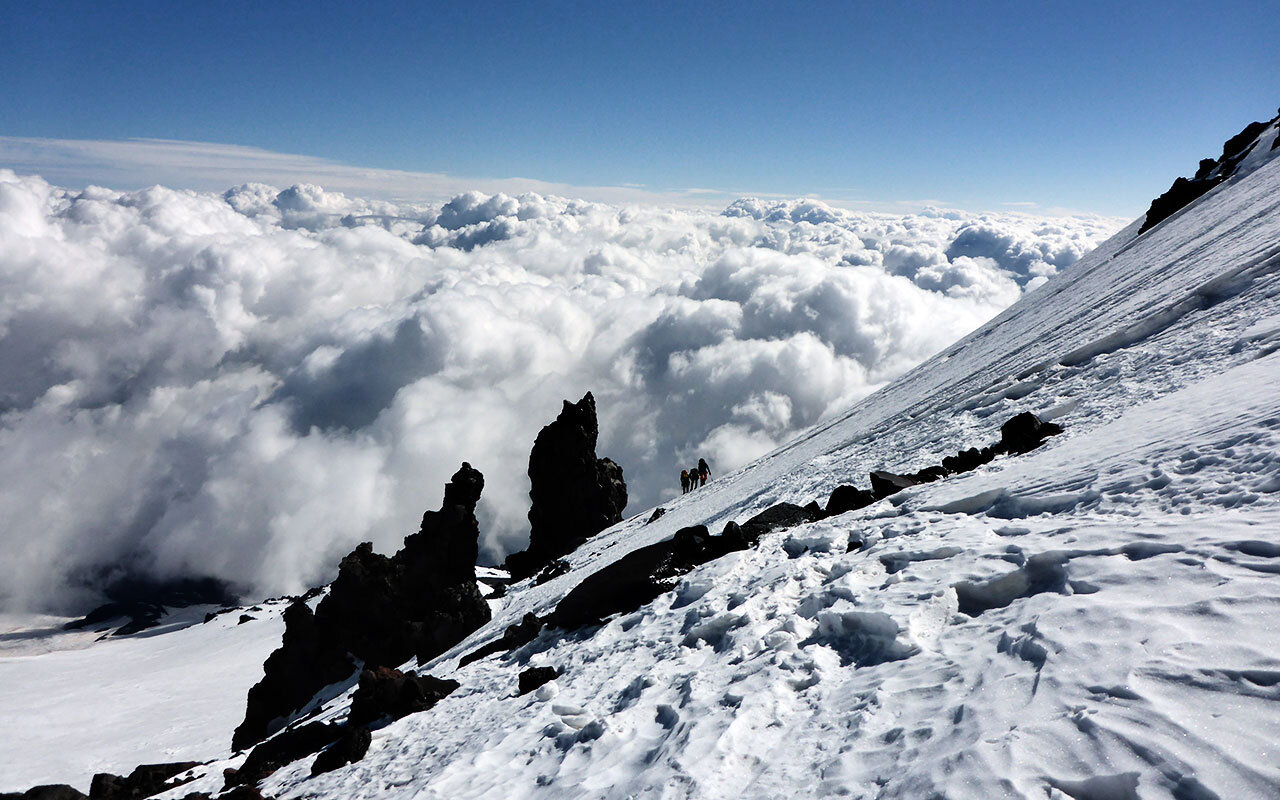 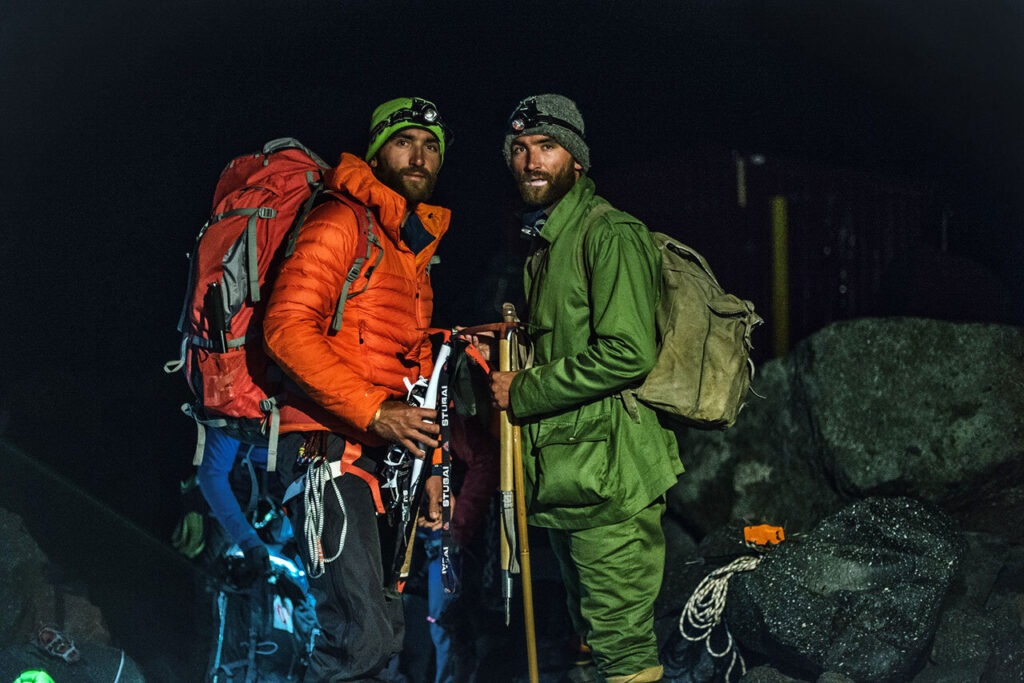 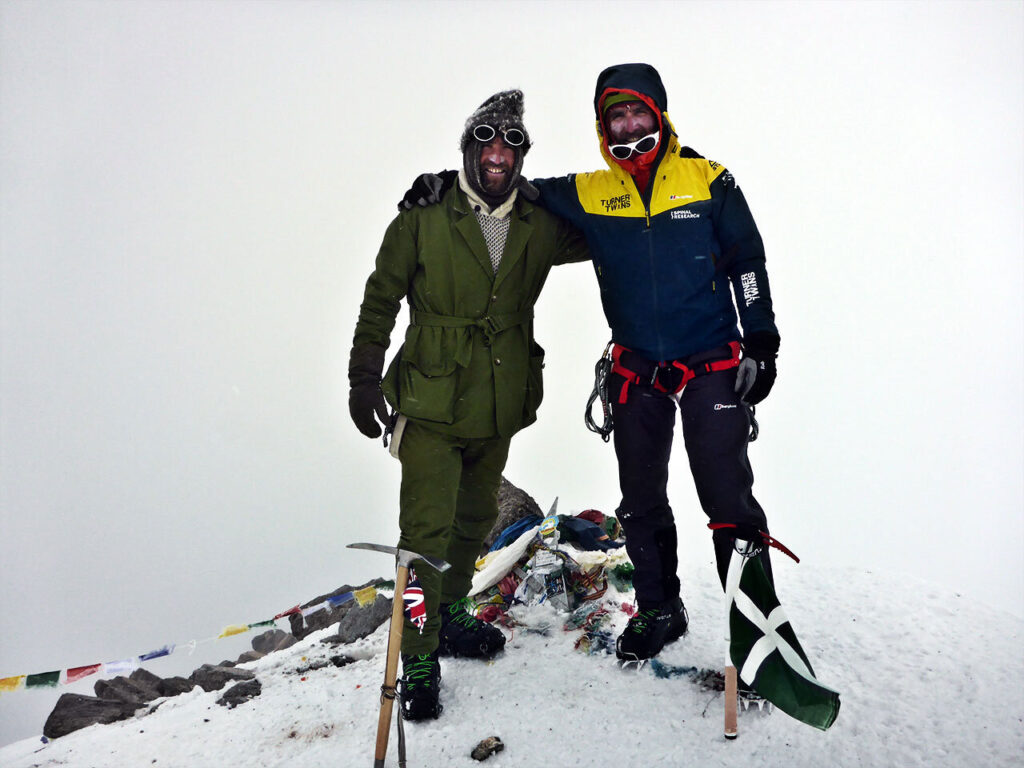 To track any changes, we used cognitive software on iPads to measure and track our brain function through a series of simple games or tests at every stage up the mountain. The Axon Sports Cognitive Priming Application was a short neurocognitive test of our fundamental cognitive processing. The ASPCA measured our cognitive areas that are especially sensitive to change, including attention and processing speed.

The question to underpin the experiment was simple. Would our decision making and cognitive function slow down through the physical exertion required to climb Elbrus? This is especially relevant when looking at professional athletes and their performance and decision-making towards the end of particularly high pressure competition, the Olympic finals for example.

Tests were conducted with minimal trouble at basecamp given the warm temperatures and relaxed conditions but much harder at around 5,600m in freezing temperatures with exposed fingers. As the cognitive assessment data shows, as I climb the mountain, the slower my brain functions at basic tasks. Ross’ brain function slows too, but his peak comes before the summit day. I think these results suggest a correlation between an increased physical exertion with a slowing of brain function. I think we’ll have to climb another mountain or head to an ice cap and monitor our brain function again. 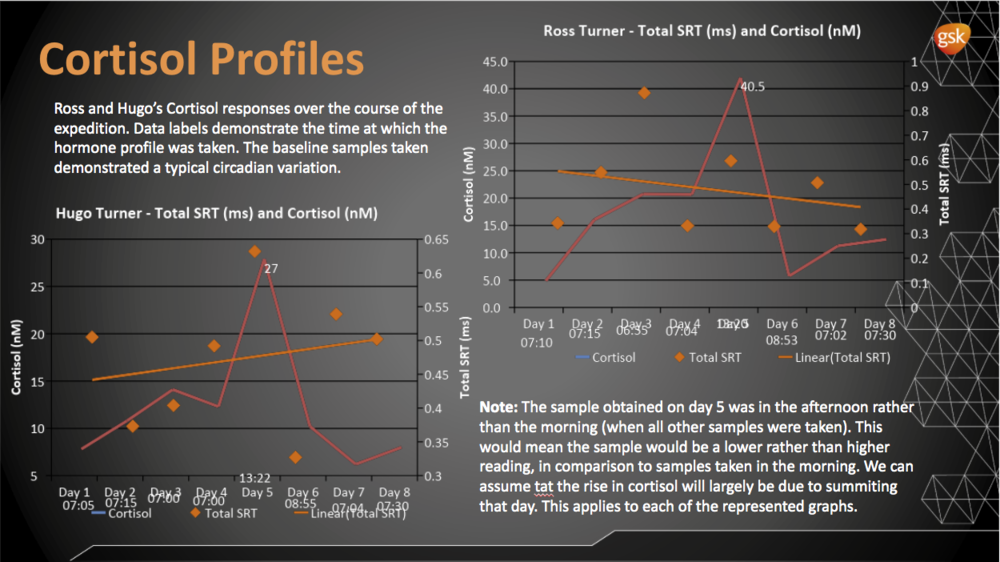 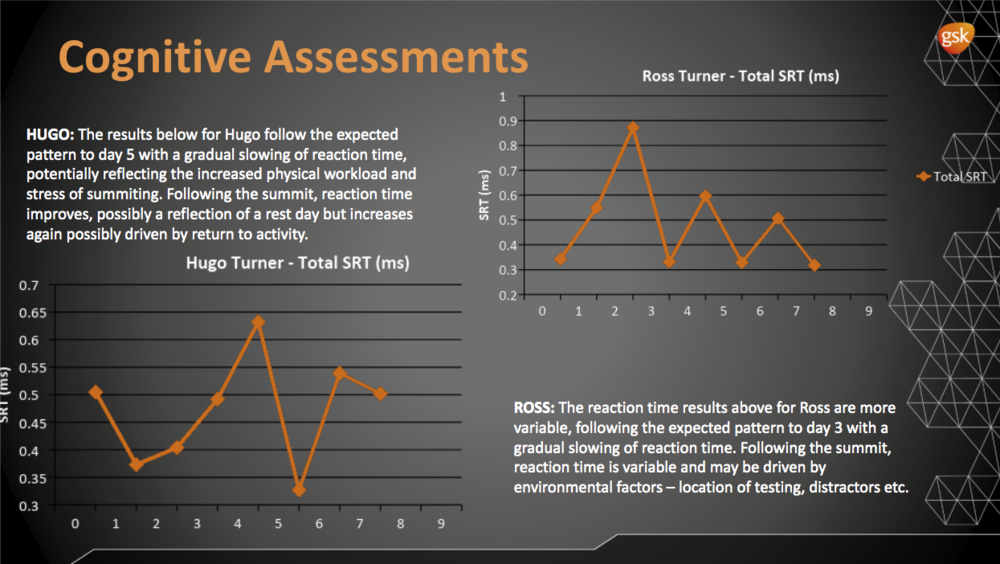 The other aspect studied on the climb was our cortisol levels. Cortisol is a catabolic hormone secreted from the adrenal cortex via the Hypothalamic Pituitary Adrenal (HPA) in response to physical and psychological stress. Therefore, a rise in salivary cortisol could indicate either a physiological or psychological stress response from climbing. We took saliva swabs twice a day throughout the expedition from acclimatisation at basecamp to the summit. Oral swabs were relatively straight forward to collect at basecamp, but once again more challenging at altitude. Higher up the mountain though, when your mouth is dry and your body dehydrated finding enough saliva was an issue. We sent the data back to GSK’s Human Performance Lab to interrogate the samples.

The results above show that Ross, wearing the modern clothing had higher levels of cortisol in his body. I had almost half the cortisol level which in a broad-brush statement, could suggest I was more relaxed and under less stress. However, it’s difficult to conclude that this was due to the clothing.

More climbing and more scientific research will have to be carried out in order to get a clearer picture. 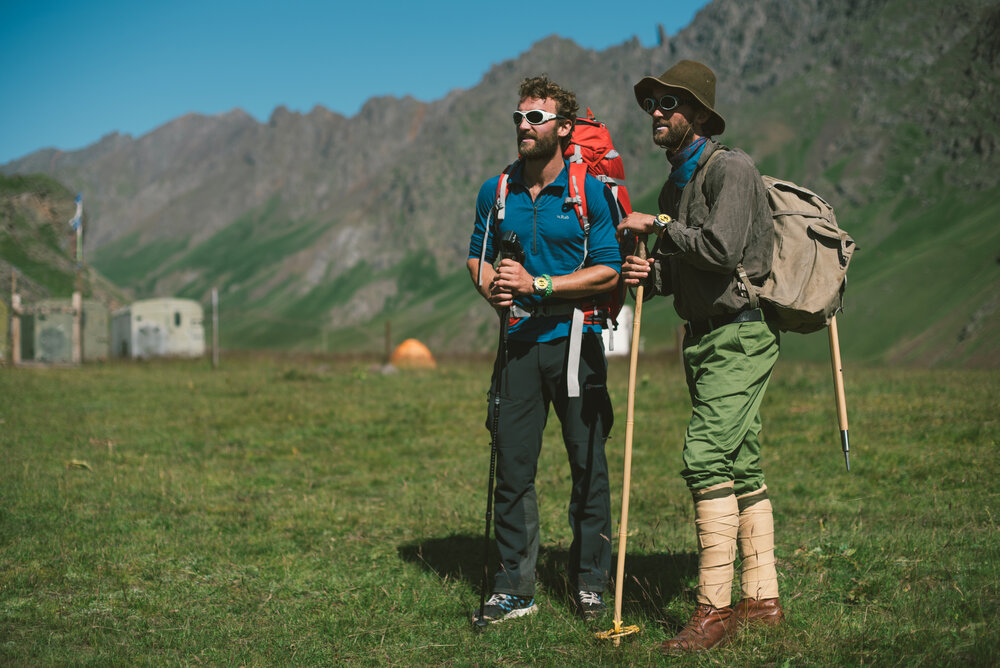 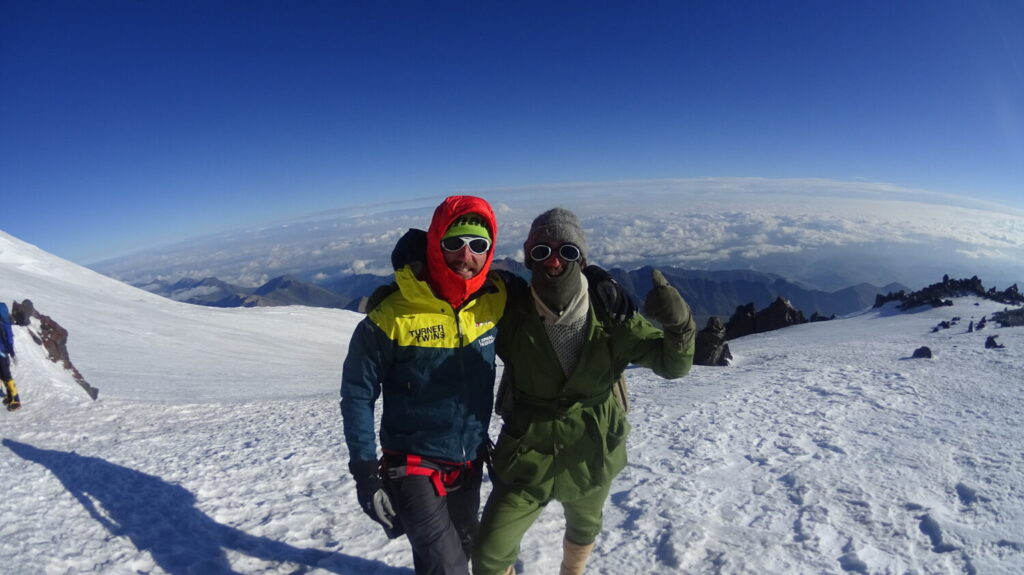 While the scientific data might be inconclusive, what we can rely on more confidently is how we both felt wearing our respective systems. The kit worn by George Mallory which I used on Mt Elbrus, certainly provided enough protection against the elements and allowed me to climb and operate at high altitude. The one thing I’d consider now is its range of effectiveness of the clothing in extreme conditions was probably smaller than that provided by the modern equivalent meaning that the modern clothing as worn by Ross is probably more forgiving in a wider range of conditions. However, I think it’s fair to say that my mindset was strengthened prior to the climb with the idea that ‘the kit will probably be terrible’ firmly planted in my head. So I was preparing to deal with the worst. The traditional kit is something I will certainly look to test again.

In general the clothing was much heavier, particularly the wool jumper
Leather boots lack decent insulation
Boots not crampon compatible which made it tricky in the most technical terrain
Gabardine outer layers not waterproof
Rucksack not big enough
Buttons allowed wind to pass through the jacket more than modern day zips would
Goggles provided very limited vision 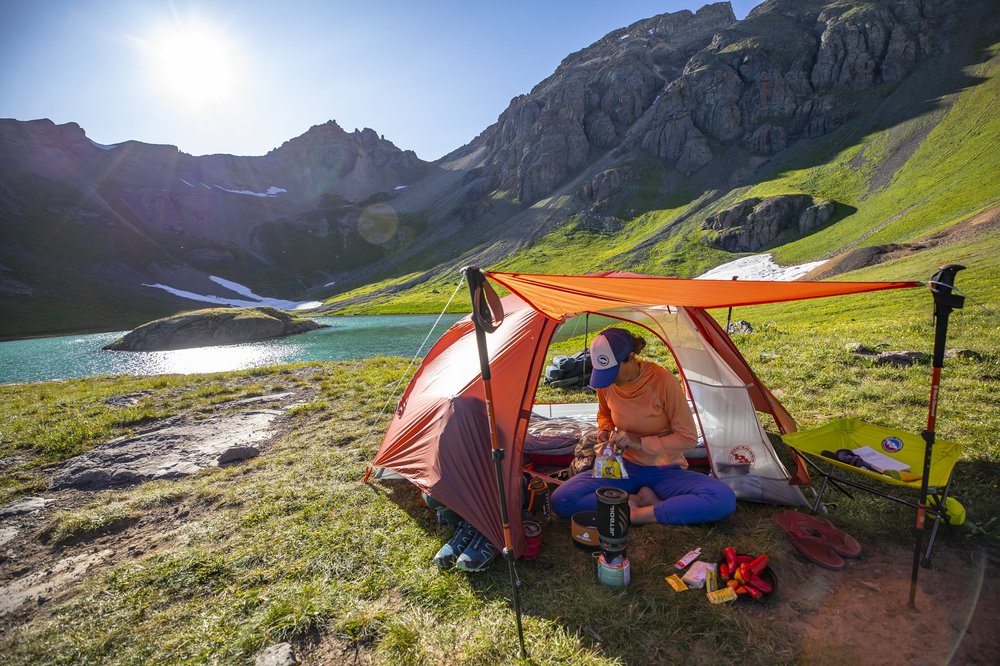 10 Gifts for Every Adventurer

This is the story of the development of waterproof fabrics, and where we go from here 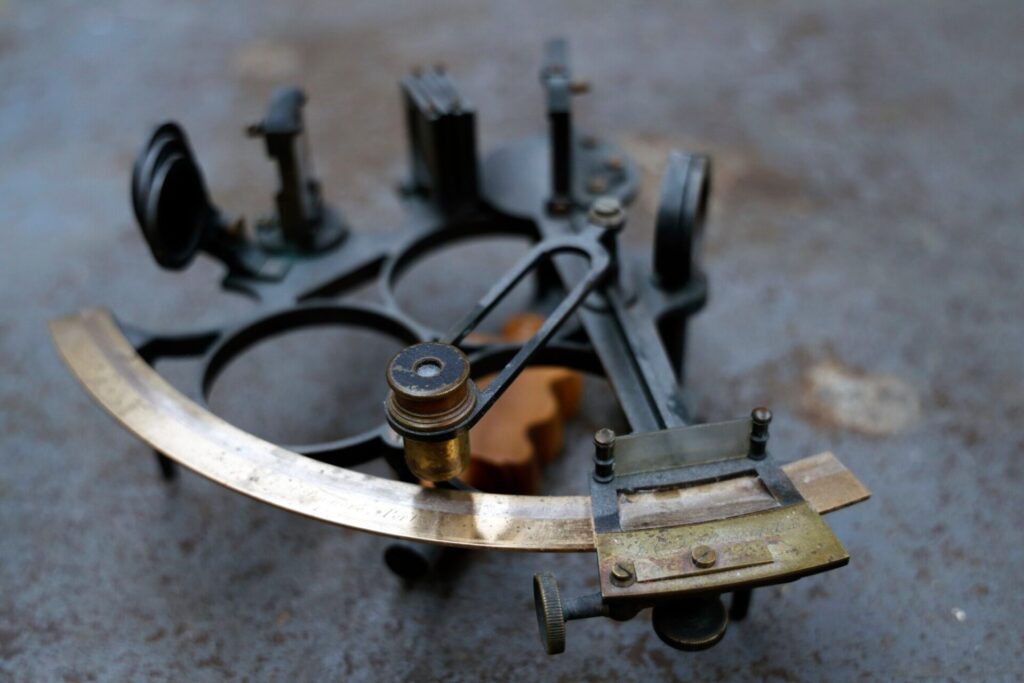